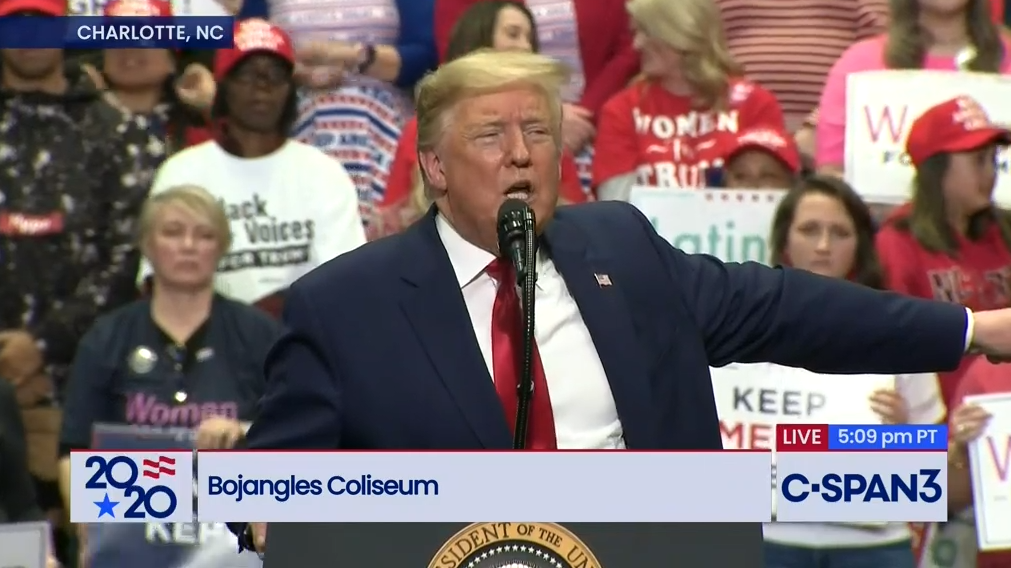 The Washington Post “Fact Checker” has a very strange and unfactual way of reacting to Democrats telling voters and interest groups they want no restrictions on abortion. They think it’s a “lie” to say these Democrats support abortion up until birth. They gave three “Pinocchios” [mostly false] for this statement:

Virtually every Democrat candidate has declared their unlimited support for extreme late-term abortion, ripping babies straight from the mother’s womb, right up until the very moment of birth.”  — President Trump, at a campaign rally in Charlotte, March 2, 2020

Salvador Rizzo is doing this “fact check” on April 28, so what takes two months about this sentence? This, for any Democrat saying “no restrictions,” has philosophical and scientific accuracy. Until a baby is born, women have an unrestricted “right to choose” to abort the baby.

But Rizzo wants to be cute about this and say this is “false”:

We keep adding it to our database of everything false or misleading from Trump, but the claim is so visceral and deceptive that it deserves its own fact check.

Most abortions are performed in the earlier stages of pregnancy. About 1 percent happen after the fetus reaches the point of viability. In short, the president is describing something that rarely happens and that no Democrat is calling for anyway.

This is not a refutation of Trump’s point. It’s changing the subject. If I said it’s allowable to file your taxes until April 15, it’s not proven wrong if 98 percent of taxpayers filed in February. The deadline still stands. If one percent of abortions are after viability, and the Centers for Disease Control reported more than 623,000 abortions in 2016, then that's more than 6,200 late abortions.

Then there’s the whole game of: just because I said a woman is free to choose abortion at eight months and two weeks, it doesn’t mean I’m “calling for it.”

Rizzo now says this claim of Trump is outdated because although Bernie Sanders and Elizabeth Warren “said they favored no restrictions on abortion,” the apparent nominee Joe Biden says he would codify Roe vs. Wade, which has a trimester framework.

Rizzo at least let the pro-life side explain its case:

Steven H. Aden, chief legal officer at Americans United for Life, said Trump’s remark was accurate because Democrats as a party favor abortion rights, and restrictions on abortion can be avoided through legal loopholes.

“In a companion case to Roe, Doe v. Bolton, the Supreme Court defined the ‘health exception’ in a wide-open fashion, allowing for ‘familial,’ ‘economic’ and ‘emotional’ considerations,” Aden wrote in an email. “This completely subjective ‘health exception’ is what gave us the ‘abortion on demand’ regime we’ve had since Roe."

The statistics hardly justify Trump’s description of babies being ripped from the womb — a horror story he has repeated dozens of times. About 1 percent of abortions happen after the point of viability, so the cases at issue in this debate would be relatively rare.

This is a bit meaningless, like "Just because I support the right to polygamy doesn't mean I support polygamy." Rizzo also quoted a pro-abortion expert to support his view:

“That’s like saying everyone who ‘supports’ the Second Amendment ‘supports’ school shootings,” Katie L. Watson, a professor at Northwestern University’s Feinberg School of Medicine, wrote in an email.

This is a "fact check"? People can support the Second Amendment and still oppose school shootings as a violent crime. Abortion supporters believe in killing the unborn as the precious right for women.

This Washington Post fact check is rated "Fully Fake" for declaring a true claim to be false. For more see our Fact-Checking the Fact-Checkers page.