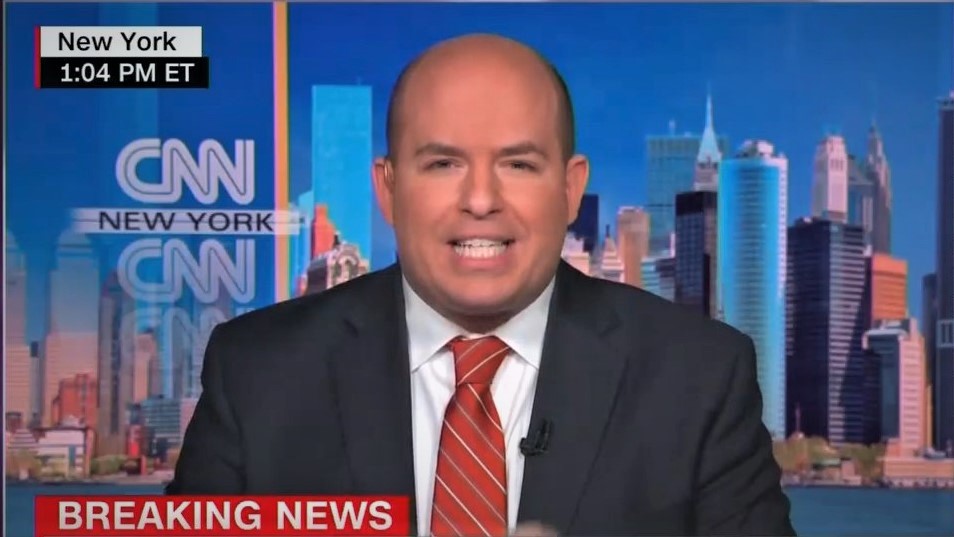 Stelter should be quite physically fit after all this energetic goalpost-moving.

Keep in mind this came about half a day before Gov. Andrew Cuomo submitted to another brutal interview with....his brother Chris on CNN. That's less "news interview" and more The Smothers Brothers Comedy Hour (yes, I'm dating myself).

Stelter complained that the president called into Fox & Friends, for his third Fox News interview in the last week, which added up to "54 minutes with hardly a tough question or assertive follow-up." That sounds like an apt description of almost every episode of Reliable Sources. But let's continue.

His decision to stay on Fox suggests he wants to shore up his base — and avoid difficult questions.

Now let's go back to reminding Stelter: Trump is doing a daily briefing...with reporters from ABC and NBC and CNN and PBS and their "tough questions and assertive follow-ups." As Ed Morrissey joked at Hot Air, "This claim is so easily debunked that it’s amazing it appears at all, especially at CNN."

Stelter admits this, but then dismisses it: "But the briefing dynamic is different than a traditional interview." He pines for a 60 Minutes interview, where Trump would "face some serious questioning."

Translation: In a briefing, the president can breezily move on to the next questioner. A long interview with one anchor would be a tougher assignment.

How many interviews did Barack Obama do on the Fox News Channel? (And let's put an asterisk on the Super Bowl interview with Bill O'Reilly, since that only replayed on Fox News.) How many interviews did Hillary Clinton grant to Fox News in the 2016 cycle? How many presidential primary debates are the Democrats allowing on the Fox News Channel? Maybe someone should do a little less swaggering about the Safe Spaces.