NPR Turns to Angry Feminists as Warren Dropped Out -- But Wait, Neither Endorsed Her! 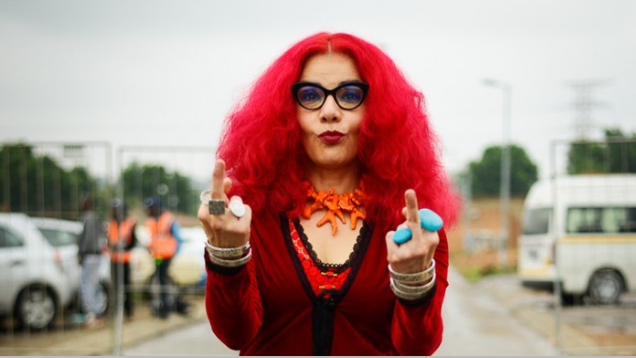 In the wake of Elizabeth Warren dropping out of the presidential race on Thursday night, NPR’s All Things Considered only the considered “opinion writers” who were feminist Democrats. The question from anchor Audie Cornish was “what did this primary season teach us about the state of things for women seeking the highest office?”

NPR turned to Mona Eltahawy, an Egyptian-American feminist who might seem at odds with the NPR vibe when her approach was summarized by Vice as “Mona Eltahawy Would Like You to Fuck Right Off With Your Civility Politics.” (They did plug her book The Seven Necessary Sins For Women And Girls.)

MONA ELTAHAWY: Well, I think when we remember how she confronted Michael Bloomberg, we have to acknowledge that she did it as a woman who herself had faced pregnancy discrimination. Nobody else on that stage confronted Michael Bloomberg in that way, and yet when she did that, she had the worst stereotypes of women come out to haunt her. She's too aggressive. She's too this. She's too that. But for me, she was a qualified female candidate who was doing exactly what she should be doing.

NPR did not challenge the notion that Warren “faced pregnancy discrimination." Warren claimed she was fired for being pregnant, which the Washington Free Beacon exposed as a lie. But then came this telltale utterance:

ELTAHAWY: And I think at the end of this sad day -- I haven't endorsed any candidate, but at the end of what I consider a sad day, we have to acknowledge that the United States of America is not ready for a woman president.

Wait. So why did all the women who desperately desire a Woman President endorse no one? Can't Elizabeth Warren feel many feminists didn't go as far as, oh, The New York Times? That apparently goes double for the other guest, liberal columnist Connie Schultz:

CORNISH: Connie, you've written that at your age, quote, "every act of sexism and misogyny is an encore production." What did you see in this primary season that reflected that?

CONNIE SCHULTZ: Well, as you know, Audie, I'm married to U.S. Senator Sherrod Brown, a colleague of Elizabeth Warren, so I've gotten to know her long before she ran. I wouldn't identify her as a close friend, but I certainly got to know her sincerity and her intelligence.

Schultz noted Warren hammered Bloomberg as a sexist, but the response "was not fully in support of her, and the stereotypes and the cliches about women really got rolled out again".

But Schultz "was not fully in support of her" either. In January on NPR, Schultz analyzed Warren accusing Bernie Sanders of sexism by saying "I'm married to Sherrod. I know both Elizabeth and Bernie, and I like them both. This is fraught for reasons that have nothing to do with their relationship."

Schultz wouldn’t endorse her. Why? We can guess: the husband needs to keep his options open as a potential vice president.