On PBS, David Brooks Sees 'A Lot of Upside for the Democrats' on Coronavirus

Put a check mark on the PBS NewsHour for politicizing the coronavirus. On Friday’s Week in Politics segment, anchor Judy Woodruff pointed to (liberal) criticism of putting Vice President Mike Pence in charge of the government’s task force in a question to New York Times columnist David Brooks: “We're already hearing sniping, criticism. I mean, what do you see coming from the federal government? Does it give you confidence that the country is ready?

Brooks said “Not exactly,” and complained about the claim that Dr. Anthony Fauci was not allowed to appear on Sunday TV news programs to address the coronavirus problem. (On Saturday, Fauci denied that anyone at the White House stopped him). At the segment’s end, Brooks insisted that politically, there was no "upside" for Trump, and "a lot of upside for Democrats."

JUDY WOODRUFF: How much of an issue, David, I should say, does this become among these presidential candidates, the Democratic candidates?

DAVID BROOKS: I could become — like, it could take over the election. I mean, I really have no idea. I'm not qualified to know how big this will spread. But I saw an article that most Americans will get some form of it, and not a bad form, but some form. And if that — if we start canceling events, if the economy goes down, if we can't gather in crowds, that is suddenly a gigantic event.

And so many people who were Trump's critics or who even sympathize with him, but didn't think he was a great manager, a great leader, suddenly, they all say — we have been saying this for years — well, at least we haven't had a real crisis. And then, suddenly, we get a real crisis.

And so to look at it in the crass political terms, I don't see any upside for Trump. I do see significant downside, and a lot of upside for the Democrats, since they are the party of health care, and since they are the party of government. And so I think it could — it could really shock us, how big this becomes, as it is already as in other countries.

Brooks vaguely mentioned Bernie Sanders on Friday, and that perhaps Bill Clinton and Barack Obama should organize an anti-Bernie coalition, but they won't. As often happens, Woodruff didn't bring up the David Brooks column in the Times on Thursday, provocatively headlined:

No, Not Sanders, Not Ever

He is not a liberal, he’s the end of liberalism. 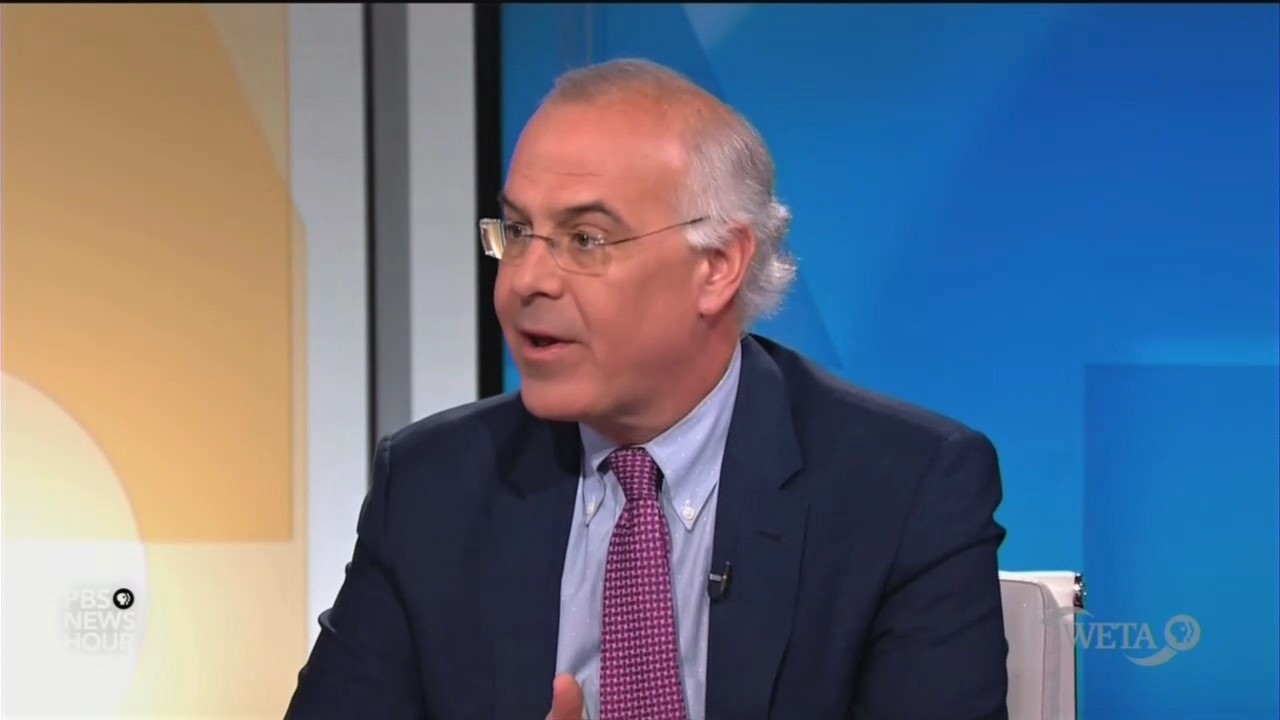 The "conservative" half of the PBS pundit set wrote he can't vote for Bernie, who is a Trump on the other side:

A few months ago, I wrote a column saying I would vote for Elizabeth Warren over Donald Trump. I may not agree with some of her policies, but culture is more important than politics. She does not spread moral rot the way Trump does....