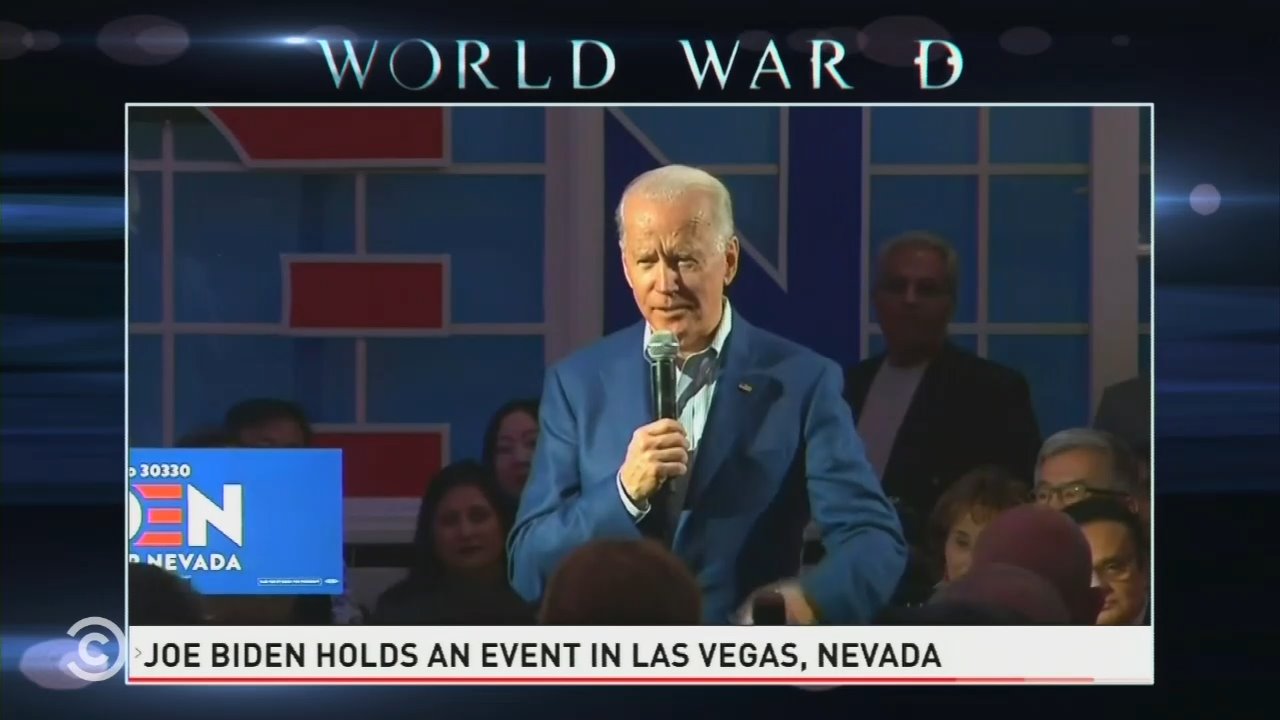 This week, the "fact checkers" at both The Washington Post and Snopes.com have thrown the penalty flag at Joe Biden for his repeated claim that he was imprisoned in South Africa in the 1970s while trying to visit Nelson Mandela at the Robben Island prison. Sadly, the networks didn't seem to notice this historical gaffe before the South Carolina debate. The New York Times took apart the whopper on Friday.

Biden has never been shy about tooting his own horn. So it’s pretty surprising that on the eve of a primary critical to his election hopes, he suddenly recalls being arrested in South Africa — and being thanked by Mandela for being arrested. There is no evidence for either claim; neither appears remotely credible. Biden earns Four Pinocchios.

Dan McGuill of Snopes added that Biden's deputy campaign manager spoke to reporters after the debate and "she effectively admitted" that Biden's claim was false.

Biden said he was arrested with Young “on the streets of Soweto” while trying to visit Mandela on Robben Island (Biden repeatedly and mistakenly referred to the place where Mandela was imprisoned for 18 years as “Robbens Island”).

On its face, this claim appears utterly implausible since Soweto, a township of South Africa’s largest city Johannesburg, is located nearly 900 miles northeast of Robben Island, which is off the coast of Cape Town — the two locations are effectively on opposite ends of the country.

After the debate, former Bush press secretary Ari Fleischer expressed disappointment that the CBS moderators failed to ask Biden about the story: 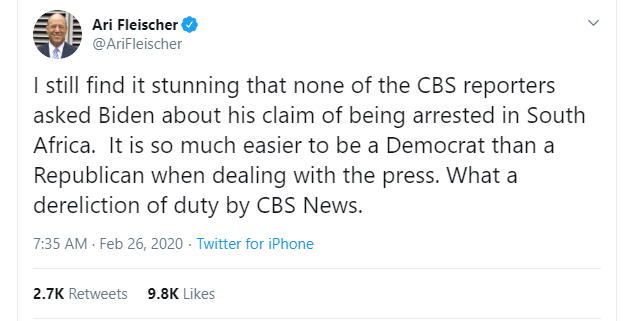 South African-born Trevor Noah couldn't resist the chance to mock Biden on The Daily Show on Monday night, suggesting that next, Biden might claim to have witnessed events in Wakanda in the Black Panther movie:

We rated these Washington Post and Snopes fact checks as "The Real Deal," for investigating and attempting to substantiate Biden's stories. It's too bad other media outlets were so slow to notice the trend.  For more, see our Fact-Checking the Fact Checkers page.