Column: The Old Media Pushes Facebook to the Left

The “news” media routinely exhibit a badly disguised loathing for the social media. Journalists calling themselves the “mainstream” expect the social media to bend their platforms to their liberal talking points. Any rogue information that doesn’t match the liberal narrative must be flagged and demonized as “misinformation.”

The Washington Post published a 4,100-word attack on Facebook. Tech reporter Craig Timberg trashed Facebook as “a platform that gives politicians license to lie and that remains awash in misinformation, vulnerable to a repeat of many of the problems that marred the 2016 presidential election.” Timberg found anonymous sources to summarize Facebook’s relationship with Republicans: “Tell them ‘yes’ or they will hurt us.” 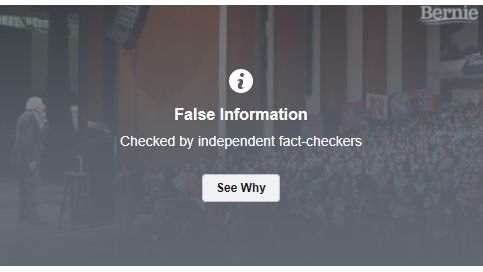 That’s not what conservatives are finding. Tom Elliott of Grabien found his Facebook video of Bernie Sanders flagged  as “False information: Checked by independent fact checkers.” His headline was interpretive. “Sanders: Illegal Immigrants Are ‘Entitled’ to the Same Government Benefits as Citizens.”

Here’s what Sanders said at a rally in El Paso, Texas; you decide if Elliott’s headline is false.

He began: “Today, we got 500,000 people sleeping out on the streets of America. Today, we have 18 million families paying 50 percent of their limited incomes for housing. Today we have hundreds of thousands of bright young people who cannot afford to get a higher education. Today, we have 45 million people paying a student debt that many of them cannot afford to pay.“

Then Sanders took this litany of unmet needs, and wrapped them in the language of rights. “So what our campaign is about – and what our administration will be about -- is rethinking America; understanding that all of our people -- and when I say all, I also mean the undocumented in this country -- that all of our people are entitled to basic human rights.”

It’s not a stretch to match these paragraphs together. He’s saying “basic human rights” include the right to housing, and the right to a free university education – and the “undocumented” are also entitled to these “rights.”

But Facebook used a website called “Hoax Alert Lead Stories” to rule that was false. Their headline was “Bernie Sanders Did NOT Say Undocumented 'Entitled' to Same Government Benefits As U.S. Citizens.” Who are these people? The leader and co-founder is a man named Maarten Schenk, who works from home…in Belgium. (In other words, he’s “foreign election interference.”) Schenk told the BBC “I see my job as a fact checker. My job is not to give an opinion about it.” 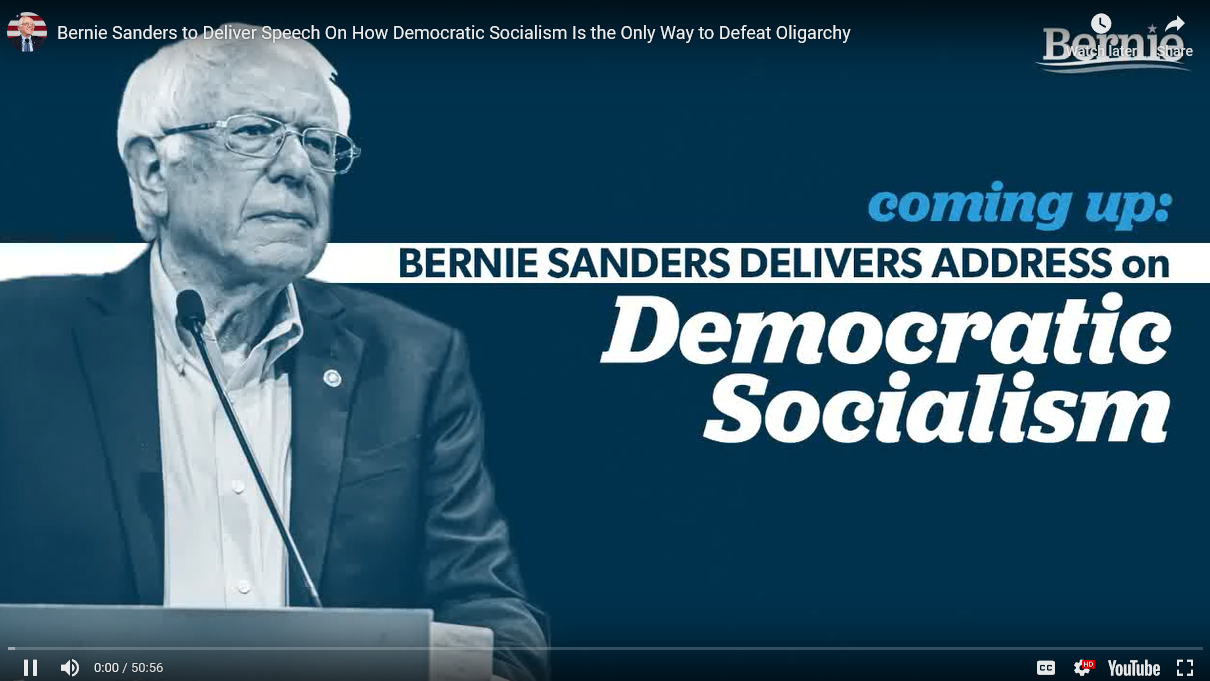 Balderdash. This was the “Hoax Alert” take, written by Chelsea Carter. “Basic human rights,” as defined by the United Nations, “include the right to life and liberty, freedom from slavery and torture, freedom of opinion and expression, the right to work and education, and many more.” The bottom line? Sanders “saying entitled to basic human rights does not mean the same thing as entitled to government benefits."

But it’s right there on the Sanders campaign website: “Sanders Calls For 21st Century Economic Bill of Rights.” It’s all listed there, including “The right to a decent job that pays a living wage...The right to quality health care...The right to a complete education...The right to affordable housing.” This is not “fact checking.” It’s refusing to admit the actual Sanders positions, because they don’t like the way they sound in headlines.

This is not a debate between Information and Misinformation. It’s a debate between the socialist definition of “human rights” and the conservative definition. Facebook should allow this video to be shown without this phony “fact check” block. Let a free debate blossom.