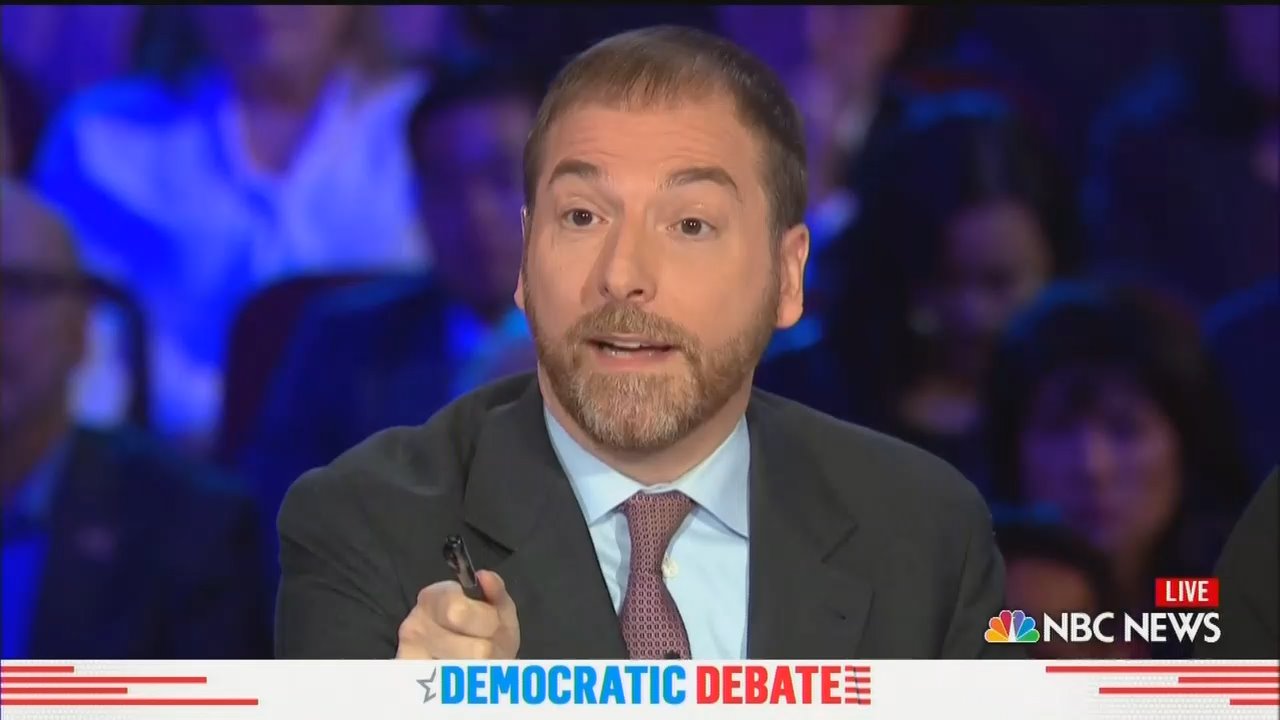 The Page Six gossip column at the New York Post has a new story of Chuck Todd's financial ties to prominent Democrats. We know Chuck Todd's wife Kristian Denny Todd has a direct-mail fundraising business for Democrats, which has included millions of dollars in billing for Bernie Sanders for President when he ran against Hillary.

Now, it turns out, Todd was renting out a house he owned to one Senator Amy Klobuchar. As with Sanders, Todd hasn't disclosed his landlord tie when he's interviewed Klobuchar on his programs.

Klobuchar and her husband, lawyer John Bessler, rented a 3-bedroom home owned by Todd in Arlington, Virginia, sources said. The Minnesota Democrat and Bessler apparently began renting the house in 2008. A source insisted to Page Six that Klobuchar and Bessler are not currently living at the home anymore — but it’s unclear when they moved out.

A 2008 report by the Star Tribune on where Minnesota reps live said at the time that Klobuchar and Bessler moved into a 3-bedroom Arlington rental home from a smaller apartment to accommodate family visitors. It said "more room for 'visiting grandparents.'"

They were renting the house for “$3,200/month, plus utilities.” [Rents are higher since Arlington borders DC.]

....The house — according to online listings of the address — has 3.5 bathrooms and is approximately 3,000 square feet.

Page Six said this is a well-known secret in Todd's circles: "A source said it’s not a secret among Beltway insiders that Todd rented the home to Klobuchar — though it doesn’t seem to have been disclosed publicly."

Naturally -- and ironically, when it comes to media outlets -- "NBC did not comment, and a Klobuchar press rep did not immediately comment when we reached out."

Klobuchar's appeared on Meet the Press six times since announcing her presidential campaign on February 10, 2019 -- in 2019 on March 17, April 28, September 7, and December 1; in 2020 on January 26 and February 16. She also appeared four times in 2018. Todd also interviewed Klobuchar alongside Lester Holt during live NBC impeachment coverage on January 23.