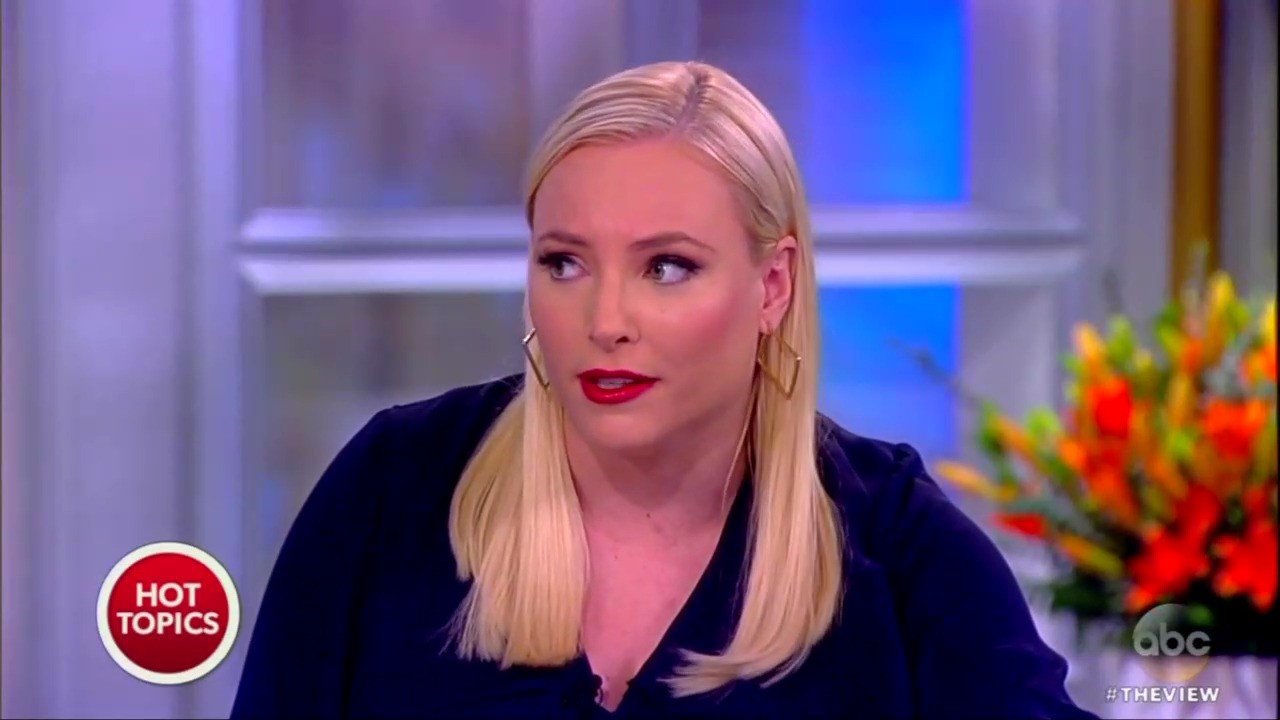 The New York Times published an op-ed today rather explicitly calling for the abrupt dismissal of The View panelist Meghan McCain. Silly people called it "nuanced." The headline was

‘The View’ Has a Meghan McCain Problem

The daytime co-hosts’ heated bipartisan debates are played down as disagreement among friends. But the strain for “civility” is tiring.

Ibrahim comically ignored Joy Behar by proclaiming McCain’s become the show's "most polarizing and predictable figure." Ibrahim pretends that somehow this program was civil when it was hosted by Rosie O'Donnell, or civil when Whoopi Goldberg asked Meghan McCain's father if she had to worry about being a slave if he were elected.

For years, the program has held tight to the idea of “civil disagreement,” embracing the need for debate and Ms. Walters’s original vision of bringing people to the table with different backgrounds and views. In truth, nothing about these recent viral incidents is either civil or revelatory, no matter how many avowals are made to that claim. And there’s a sense that some of the audience — which in recent years has included women in the 25-54 demographic watching at home and those who view the viral clips online — is growing increasingly weary of the farce. (Someone has created a Change.org petition to replace Ms. McCain with the frequent contributor and fellow conservative Ana Navarro, who has been celebrated for her moments sparring with Ms. McCain.

What's most disingenuous in this article is that it insists McCain should be removed from the set, but she's posing like a "victim of censorship."

For some viewers, Ms. McCain is the privileged product of conservative nepotism, capitalism and the American military-industrial complex. That coalescence naturally renders her a villain to progressives, who envision her as the cathartic personification of a punching bag on social media. Conversely, each pile-on reinforces her base with a narrative of the long-suffering victim of censorship.

Ibrahim concluded: "Post-2016, we are presented with a platform that is devoid of the varnish of genteel, yet is still asking us to take a little time to enjoy the view. The problem is, with Ms. McCain still on the show, there’s not much to enjoy." 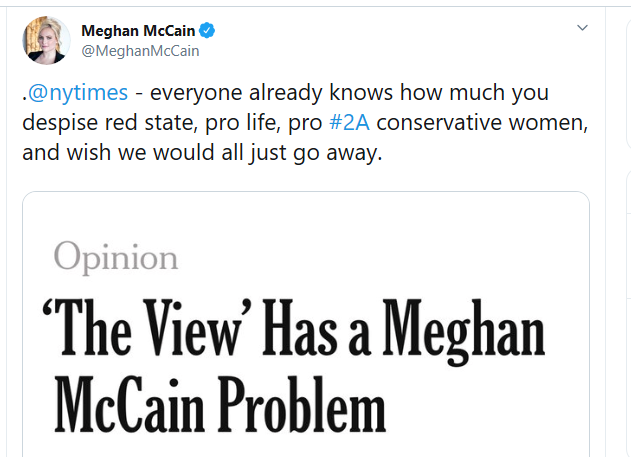 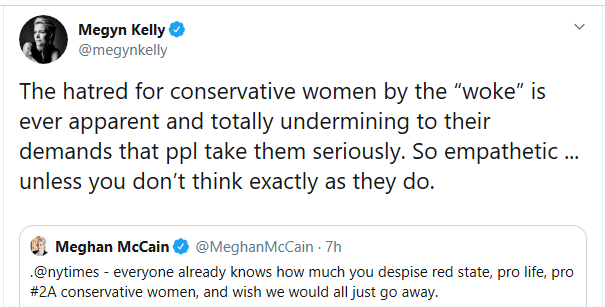