Paul Bedard at the Washington Examiner reported former NBC anchor Tom Brokaw gave an interview to NBC's NFL sideline reporter Michele Tafoya for the magazine Artful Living and complained "I think the most extraordinarily powerful tool and the most destructive development in modern life is the current media."

What? He suddenly hates the media? Listen closer. He doesn't like social media, and how there's no fact-checking: 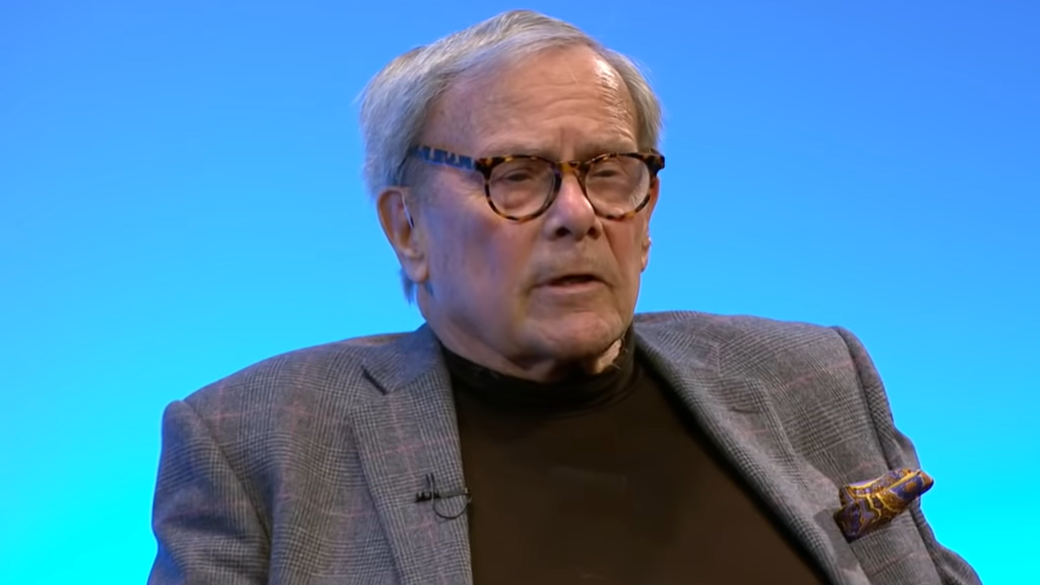 Everybody has a voice — and I think it’s great for people to have a voice — but there’s no way to verify what’s true and what’s not. It has no context; it’s just a 24/7 rage about what’s pissing people off across the board from the left to the right. It could be a unifying factor, but it’s a dividing factor, frankly. And that really troubles me as much as anything.

Then it got really weird. Brokaw said we need a leader who unites people -- and he cited Ronald Reagan. (This is NOT what Brokaw said when Reagan was actually president!)

Ronald Reagan was the best example of that in my lifetime. I was not a huge fan when he first started running, not for president but for governor of California. Then I saw how skilled he was as governor at putting together that big, big state. When he ran for president, I said, “Watch; he knows how to put people together.” He had a really core set of beliefs, but he also had an engaging way about him. He had been a movie star. He knew how you had to win people with your personality and how you went about your life. They would be for you or against you, and he had people for him. He also had the courage to have a really good staff. My friend Jim Baker was his chief of staff.

We don’t have a Reagan out there now who can pull it together. Bill Clinton also had that capability, by the way, but then he got tangled up with Monica, which took a fair amount out of his résumé.

Brokaw said "I’ve always recommended people read Reagan’s diaries," because "you realize how intuitive he was" about making deals.

The other thing about Reagan was that he came in every morning with a well-organized set of objectives that he would work toward that day. And he would listen to people if they’d say, “Mr. President, I don’t think that’s going to work.” He’d say, “Well, tell me why.” Then if they could make the case, fine. But if he felt strongly about something and they couldn’t make the case, he’d say, “Well, I’m sorry, guys; we’re going to go my way.” And as Baker has said, 90% of the time he was right.

That's quite a turn from Brokaw assessing Reagan's values in Mother Jones magazine in 1983:

“Pretty simplistic. Pretty old-fashioned. And I don’t think they have much application to what’s currently wrong or troubling a lot of people....Nor do I think he really understands the enormous difficulty a lot of people have in just getting through life, because he’s lived in this fantasy land for so long.”