Liberal networks routinely express disgust that Christian conservatives aren't speaking out against Trump, somehow missing the dramatic difference between the policy stands of Trump and the Democrats, who now stand in favor of repealing tax exemptions for churches and other radical stands against traditional religion. On Tuesday at CNN.com, John Blake singled out contemporary Christian musicians as "copouts" for failing to denounce Trump, and somehow wasting their energy with "upbeat praise and worship music."

The headline was "Why Christian music's biggest stars refuse to change their tune for the Trump era." 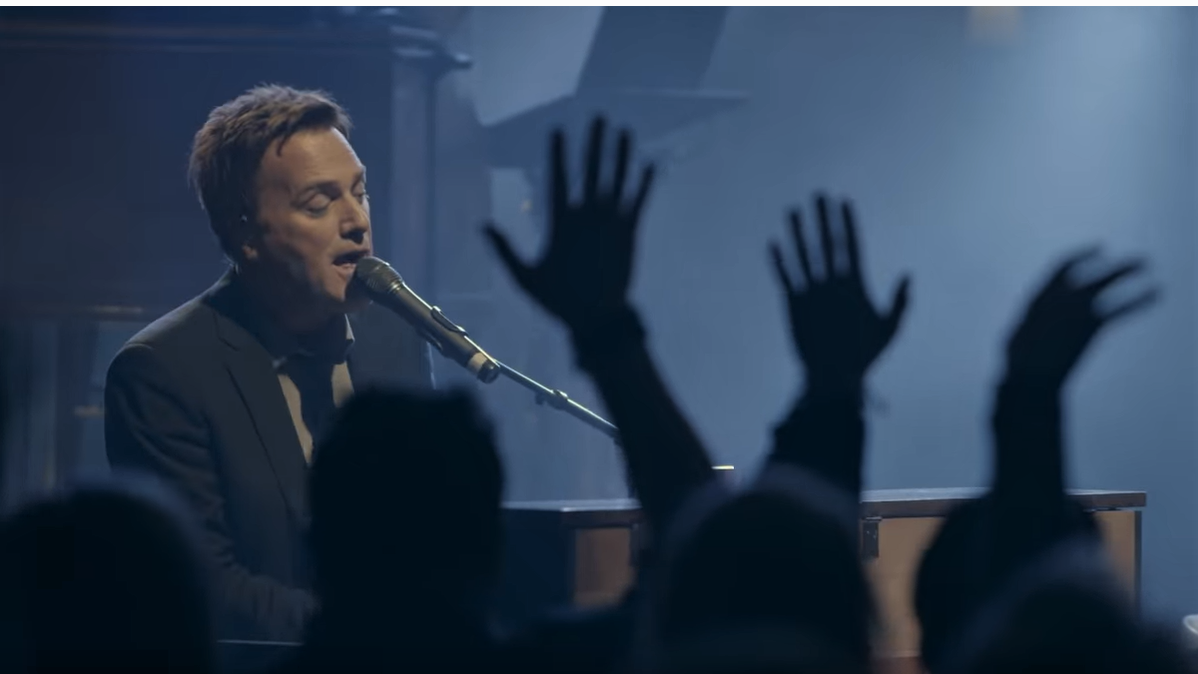 Critics have skewered white evangelicals for their steadfast support of Trump, a man that author Ben Howe says has flouted Christian values and "lived most of his life actively, and unapologetically, in opposition to them."

But there is one group of evangelical leaders who has largely escaped scrutiny: stars of contemporary Christian music, also known as CCM....

These CCM stars pack megachurches, amass big social media followings and command some of the biggest platforms in the evangelical world.

What's most striking about these artists, though, is not what they sing. It's what they leave out of their songs.

The America these artists love to evoke in their songs is stuck in what one columnist called a "hideous loop of hate." White supremacists march in public chanting, "Jews will not replace us." A man guns down Latino shoppers in an El Paso Wal-Mart. School shootings now seem almost as frequent as proms. The President demonizes immigrants and tweets racist insults.

Yet little of these ugly realities make their way into CCM, which is now dominated by upbeat praise and worship music.

Blake allowed the view that some Christian artists simply do not get involved in politics, perhaps following a passage in Romans 13 where St. Paul declares Christians "must obey those who rule over you" because they have been placed there by God. But he also suggested they might be afraid of losing their livelihood, appearing in evangelical venues where criticism of Trump would be controversial.

He also cited that "In the CCM world, fans call out artists who stray from traditional beliefs."

Dan Haseltine, lead singer for the group Jars of Clay, was mauled on Twitter after he questioned why gays shouldn't marry in a series of posts. He later apologized for his comments, calling them a poor choice of words.

The CNN writer doesn't quote the words. Haseltine tweeted in 2014 "I'm trying to make sense of the conservative argument. But It doesn't hold up to basic scrutiny. Feels akin to women's suffrage....I just don't see a negative effect to allowing gay marriage.  No societal breakdown, no war on traditional marriage. ?? Anyone?"

Blake also compared this to the Dixie Chicks, who alienated their country music fans by attacking President Bush...although they became immediate media darlings for it.

Unsurprisingly, Blake turned to the socialist Rev. Jim Wallis, who was only described as "activist." Wallis cited Matthew 25, and suggested the Christian musicians weren't very Christian:

"That would be like Jesus saying I was going to talk to you today about the poor, the hungry and the stranger, but I'm not going to because that could seem political," he says.

Wallis believes there is also another pragmatic reason for CCM artists to speak out more in the age of Trump.

In his new book, Christ in Crisis: Why We Need to Reclaim Jesus, he says younger evangelicals and Christians of color are deserting evangelical churches "in confusion and disgust" over leaders' hypocrisy and inattention to issues of social justice.