Bloomberg: Chris Wallace Is the Only 'Real News' Left at Fox News 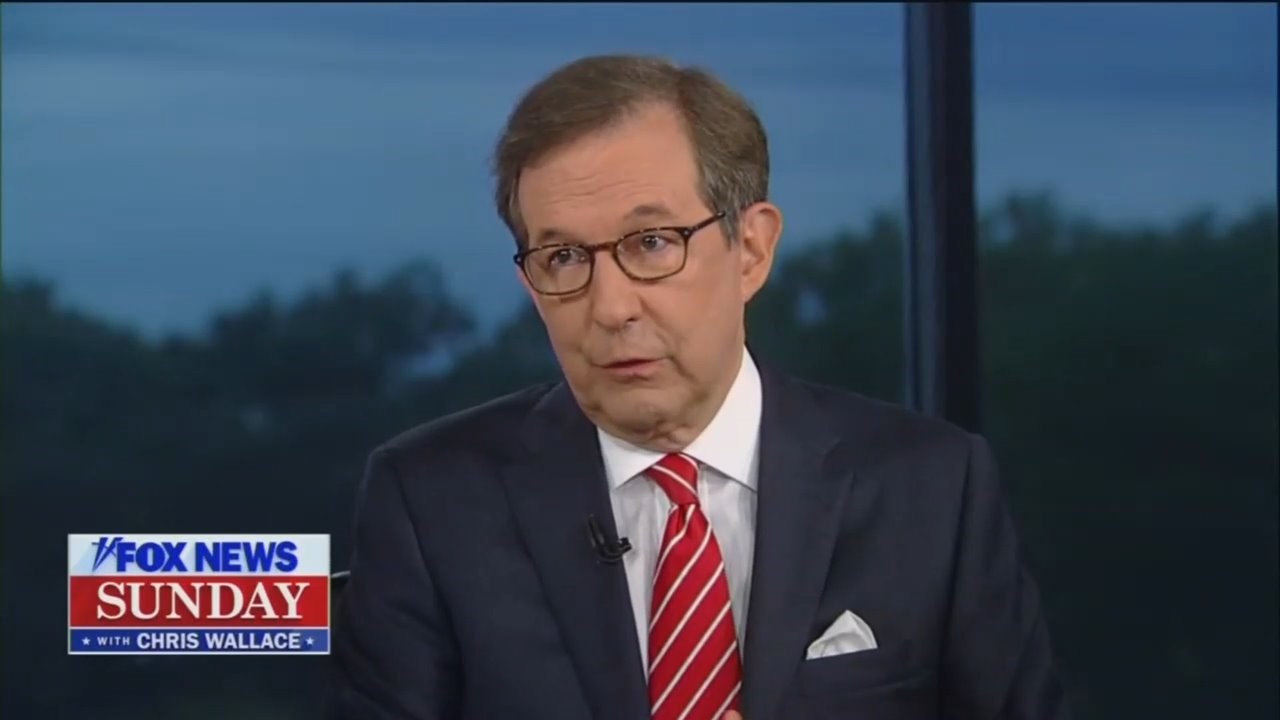 The Drudge Report is passing along an article by Gerry Smith at Bloomberg hitting the predictable and hyperbolic note that somehow, Chris Wallace is the only remaining example of "news" at Fox News after Shepard Smith suddenly resigned. The headline carried a Big Gulp of hyperbole: "Meet the New Face of the Trump Resistance at Fox News."

Pointed questions to this administration don't equal #Resistance. This is the same Wallace that thought CNN's White House Resister Jim Acosta "embarrassed himself" by yelling at the president about a caravan of illegal immigrants.

Smith's experts all lined up with the CNN mantra that Fox can't handle the "truth" and "realism" is defined as insisting Trump is coming mentally unglued.

“Chris becomes the next voice of realism at Fox News, but I’m not sure that he replaces Shep,” said Conor Powell, a former Fox News foreign correspondent. “Chris is a really good interviewer and plays an important role. But he only has one show once a week. Shep was on every day.”
...

“Smith leaving is a big deal” because Wallace can’t do it on his own, said Andrew Tyndall, publisher of the Tyndall Report, which monitors newscasts. To be considered a legitimate news outlet, “you can’t just point to one person.”

“If it turns out you’re not a news organization anymore, you lose bargaining leverage with cable operators,” Tyndall said.

Smith even turned to Jon Klein, who ran CNN during the Dubya years, and decided to cancel Tucker Carlson and Crossfire because Jon Stewart thought it was hurting America. Then he hired leftist comedian D.L Hughley to "run amok" and trash conservatives.

Mike passed down his confrontational, devil-may-care gene to his son, said Jonathan Klein, a former president of CNN’s U.S. network.“Chris plows ahead and does what he thinks is right,” Klein said. “It serves Fox News viewers well because Chris knows they deserve to hear the truth.”

The late Fox News founder Roger Ailes hired seasoned journalists like Wallace because he thought it would deflect cricriticism of the network’s right-leaning opinion hosts,

Klein said.“That’s been their mantra for decades: ‘We’re a real news organization. We have Shep Smith and Chris Wallace,’” Klein said. “But these days I’m not sure how much they care about that. Their brand has morphed.”

As if the CNN brand hasn't "morphed" under Jeff Zucker??