The New York Times loves a story about unfounded fears about Immigrants of Color. See Melissa Eddy's August 19 report from Germany, where Angela Merkel's open-arms policies to refugees have become controversial. The story was headlined "A Summer of Angst in One of the World’s Safest Countries." Eddy began: 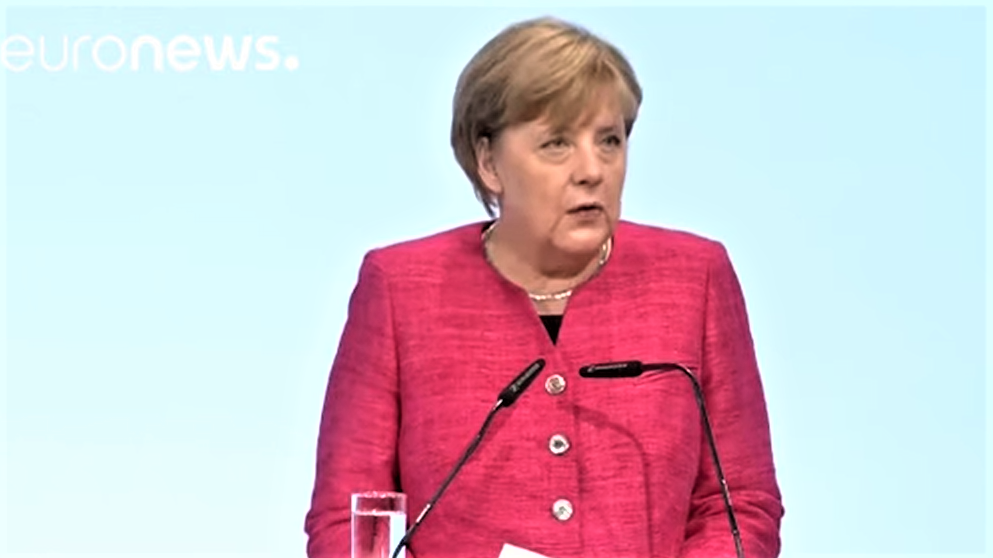 Germany ranks in international studies as one of the safest, most peaceful countries in  the world. Overall crime has declined for the better part of a decade, and statistics show that Germans have relatively few reasons to feel insecure.

But don’t tell that to Germans in what has become their summer of anxiety. Since June, a series of crimes — some violent and seemingly random, some targeted and political; some by migrants, and some aimed at them — have jangled nerves and amplified a sense of a nation straining at the seams.

To underline "German unease," Eddy cited a horrific anecdote: "a man shoved a boy and his mother in front of an oncoming train in Frankfurt’s central station in broad daylight at the height of the summer travel season. She managed to roll to safety; her 8-year-old son was crushed and killed." The Frankfurt police said on Twitter that the suspect was African, prompting "an immediate outcry from members of the far-right, nationalist Alternative for Germany party, usually referred to by its German-language initials, AfD."

Eddy pointed out that the murderer in this case -- 40-year-old Habte Araya -- was Eritrean, but he was not a refugee allowed into Germany; instead, he had been living in Switzerland for years. (He showed signs of mental illness, and had not been working.) Armed with disturbing stories like these, AfD has strongly opposed Angela Merkel's welcoming of refugees, and "immigration has become the defining issue" in German politics.

Now notice how -- in paragraph 23 -- Eddy slips in precisely why the "far right" Germans would see migration and crime being linked:

“We are living in a time of awakening, from the refugees to Brexit, Trump, Erdogan, climate change — suddenly Germans are feeling that they cannot stop time and remain in the protective bubble of prosperity that has been Germany of the past decade,” said Stephan Grünewald, a psychologist who has focused on this state of affairs.

“This has left behind a diffuse angst about the future,” he said.

Those fears are not entirely unfounded. While violent crime in Germany is down overall, according to government statistics, crimes committed by supporters of far-right ideology increased 14 percent from 2014 to 2018.

Of all crimes recorded last year, 39 percent overall were committed by non-German citizens, though they account for just 12 percent of Germany’s overall population.

Breitbart pointed out that two years ago, the Frankfurt murderer "was portrayed as a model of integration in a publication of the Swiss Workers’ Assistance."

This is what disturbed the Times the most: "Recent polls show the far-right party as the strongest force in the east, edging out the chancellor’s conservatives by one percentage point, less than a month before the first states, Brandenburg and Saxony, vote on Sept. 1."