The National Association of Hispanic Journalists has again underlined they are a liberal lobbying group by dumping Fox News Channel as a sponsor of their September journalism conference, and sending Fox back $16,666 in sponsorship funding. In an open letter, NAHJ president Hugo Balta claimed this is about putting too much opinion in the news product:

If the news is given to the public with an underlying opinion, it can influence the viewership to think in the same way. Bias, or unfair prejudice in favor of or against one thing, person, or group, can influence a news story in subtle ways, such as in the language used.

It is important that news organizations do not use or give a platform to slanted jargon disguised as opinion that misconstrues the facts. 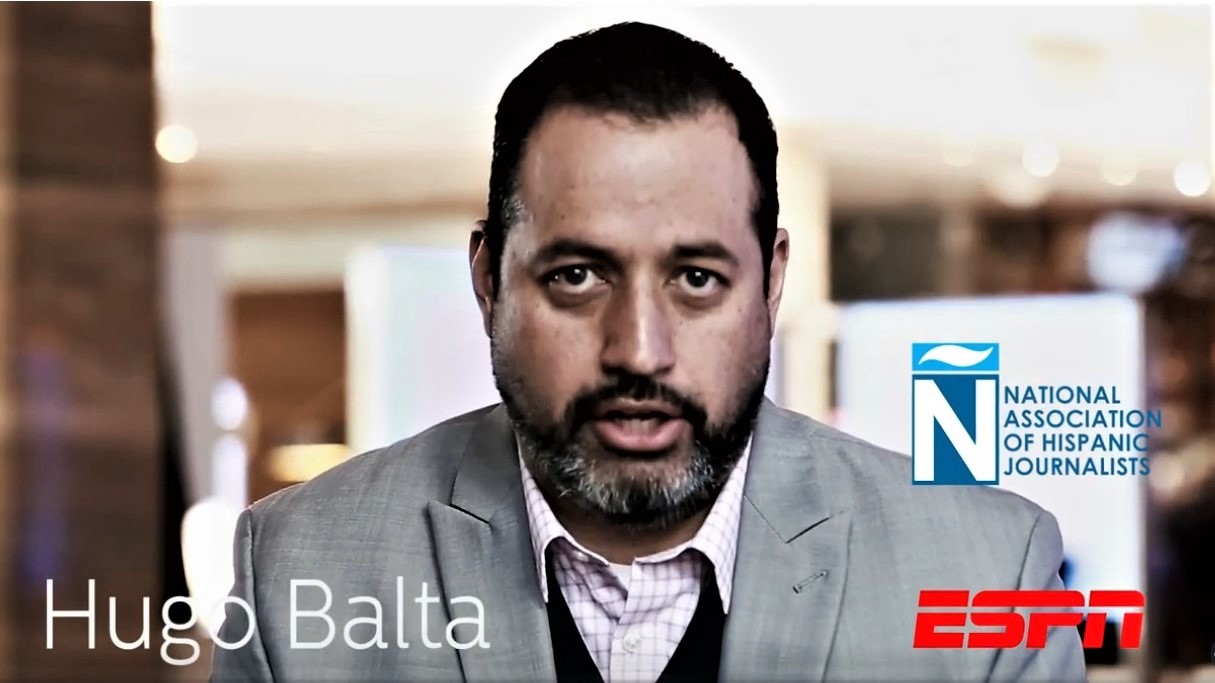 Hugo Balta's animus against Fox makes more sense when you realize he's ...a senior producer for MSNBC. (He used to direct "multicultural content" for ESPN). The "slanted jargon" they lobby against is "illegal immigrant," "illegal alien," and an "invasion" or "army" of immigrants. NAHJ has been on this linguistic crusade for decades.

"The line between commentary and journalism was crossed long ago by Fox News and is no longer even in sight," Balta said in an open letter. He added, "To sit silently by is, in essence to be complicit in the act itself."

In an interview with Fox-loathing NPR, Balta added "Fox has become a megaphone for disinformation. There's something wrong at Fox News and the reason why it's rampant is because there are no consequences.”

The trigger for this new decision comes from a Todd Starnes talk-radio show, not a news story. The Left was up in arms over this August 14 show, where Starnes discussed how the Left claimed the El Paso killer's manifesto sounded like Fox News:

But when you go back in time and when you look at what an invasion is, whether it's the Nazis invading France and Western Europe -- whether the Muslims were invading a country back in the early years. It was an invasion. And what exactly is an invasion? Well, when you have one group of people -- it doesn't matter if it's 25 or if it's 25,000 -- but if you have one group of people crossing the border of another country without that country's permission, in my estimation, that in fact is what we would call an invasion. People used to fight wars over stuff like that.

Balta concluded his open letter by bringing up El Paso, and talked about how his family feared being targeted for speaking Spanish in public.

Soon after the mass shooting in El Paso, like so many families and parents, I had a conversation with my wife and children about the tragedy. My 16-year old daughter and 13-year old son asked me if we should stop speaking Spanish in public for fear of being a target. I lied to them.

I am the proud son of Immigrant parents from Peru, loving husband to a naturalized U.S. Citizen from Colombia. We chose to raise our children to be bilingual, bicultural. But, I am not always going to be with them to protect them.

I lied when I said they shouldn’t be afraid and defiantly told them we are not going to stop conversing with one another in Spanish in public. I lied. I am afraid.

PS: NAHJ used the dumping of Fox as a fundraising tactic to gain new members to make up the money they sent back to Fox. Balta was retweeting support from those crying "racism" and "white supremacy" at Fox News: 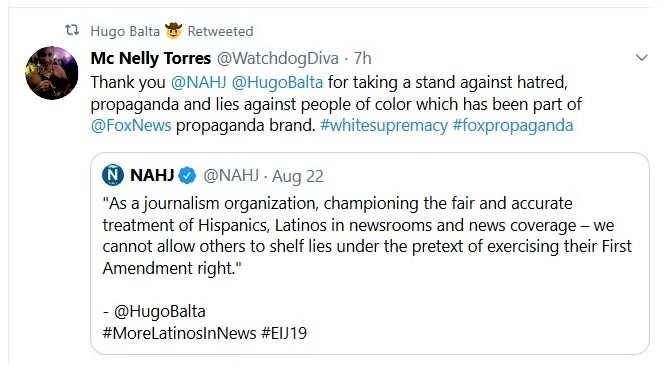 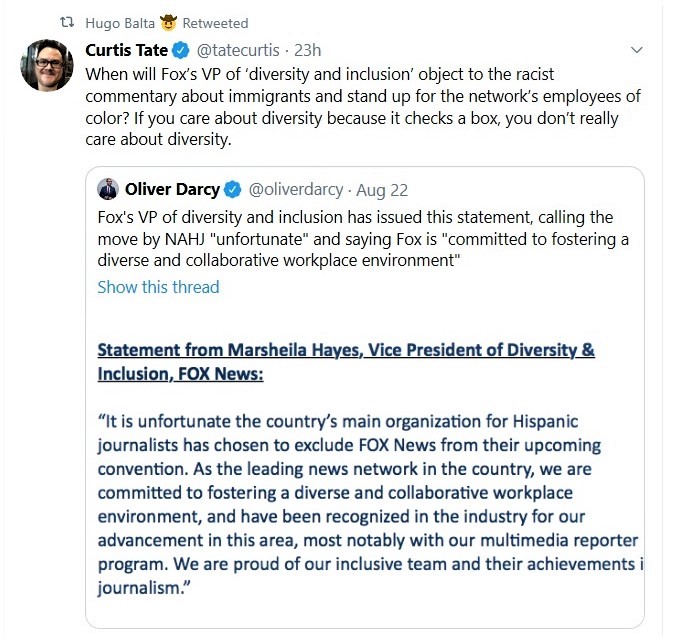