Pronouns Die in Darkness: WashPost Promotes Pregnant 'Not a Woman' 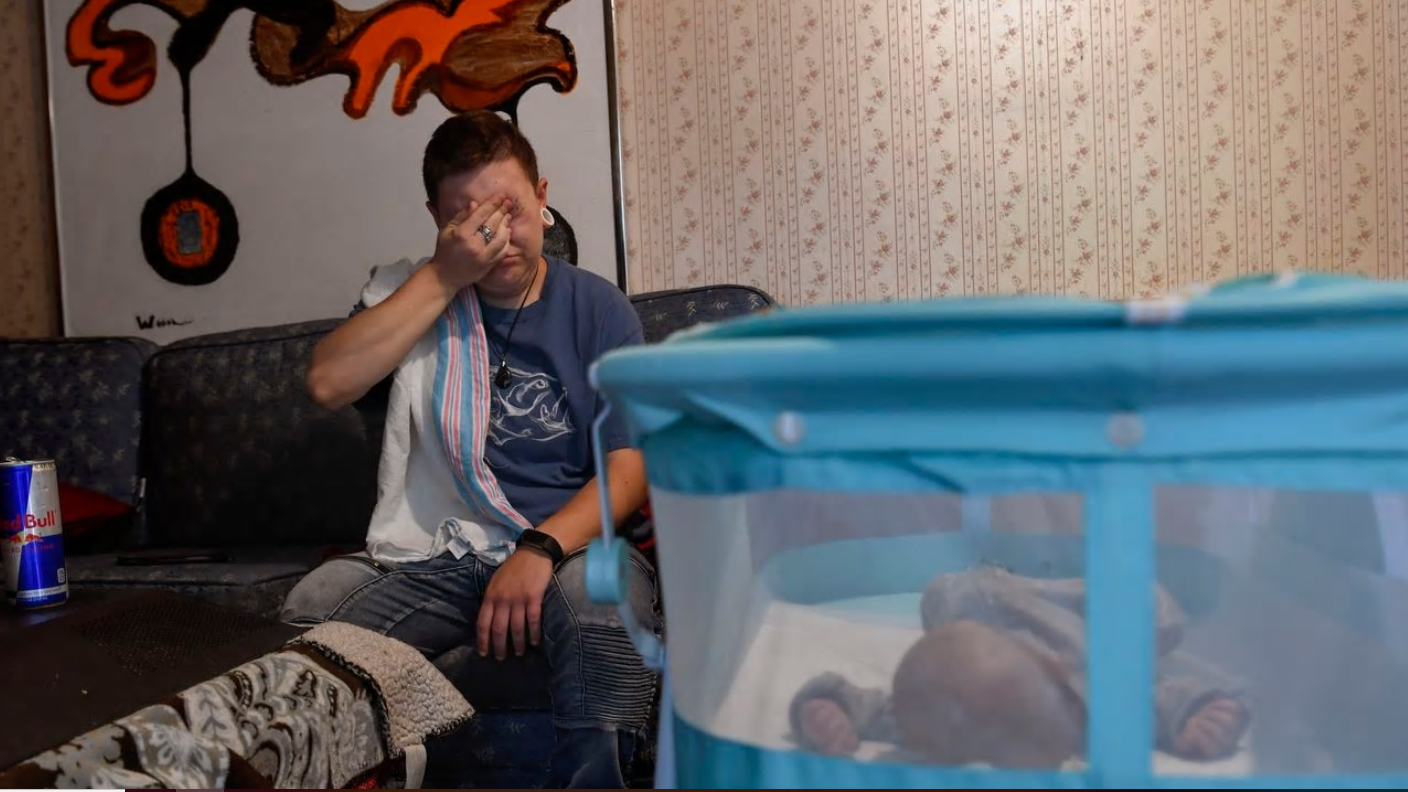 On the front of Sunday's Washington Post, transgender movement orthodoxy overcame common-sense pronouns again. The story was headlined "Non-binary, pregnant and taking on motherhood: They are not a woman, but they are about to assume the most gendered role of all."

Online, the headline was "A mother, but not a woman." Mmm, so which gender does the uterus represent? It was an enormous story, with nine photographs, and taking up two entire inside pages (no advertisements).

A mandate to call one person "they" was also in the captions. On the front page, it was "Braiden Schirtzinger takes a break from holding their newborn son at home in Herndon, Va." At the top of the online article, the caption was "The first few months of motherhood were harder than Braiden imagined they would be. Braiden barely slept for more than three hours a night, fearing they would miss an important moment or not be there for Owen when he cried."

Later in the story, a caption read "Braiden shows a tattoo that marks the spot of their first testosterone injection, which they began at age 24."

Post "gender and family issues" correspondent Samantha Schmidt explained: "For nine exhausting months, Braiden had lived in a body that felt more feminine, with its swelling belly and breasts, than Braiden had ever felt inside. And yet this transformation was the means to what the 26-year-old had always wanted to become: a mom."

Schmidt identified the confusing pronouns as "liberating," then explained that yes, some found them confusing:

A lexicon of pronouns, such as “they” and “them,” has also emerged to express the idea that gender is fluid, moving along a continuum from male to female. The Washington Post has formally recognized the new pronouns since 2015.

To people like Braiden, the terms provide a liberating alternative. But to many Americans, the pronouns are ungrammatical and confusing. They find moral certitude in a binary world, made up of men and women playing roles that conform to the genders on their birth certificates.

Schmidt felt the pain as the "dead name" had to be used when the water broke:

It's hard not to empathize with someone struggling with gender dysphoria, especially during a pregnancy. This passage, for example:

These appointments were uncomfortable in another way. Each time a doctor performed a pelvic exam, or a nurse placed her hands on Braiden’s belly, Braiden felt intense dysphoria — the distress of being in a body that doesn’t match one’s gender identity.

Sometimes this pregnant, feminine body felt so wrong — so disconnected from who Braiden was — that they wanted to rip their skin off. Sometimes, in private moments, Braiden would tightly clutch their stomach and breasts, take a deep breath, and think: This is not for me. This is for Owen.

The thought of the baby would calm Braiden down.

Sacrificing yourself for a child is something hopefully everyone can agree on.