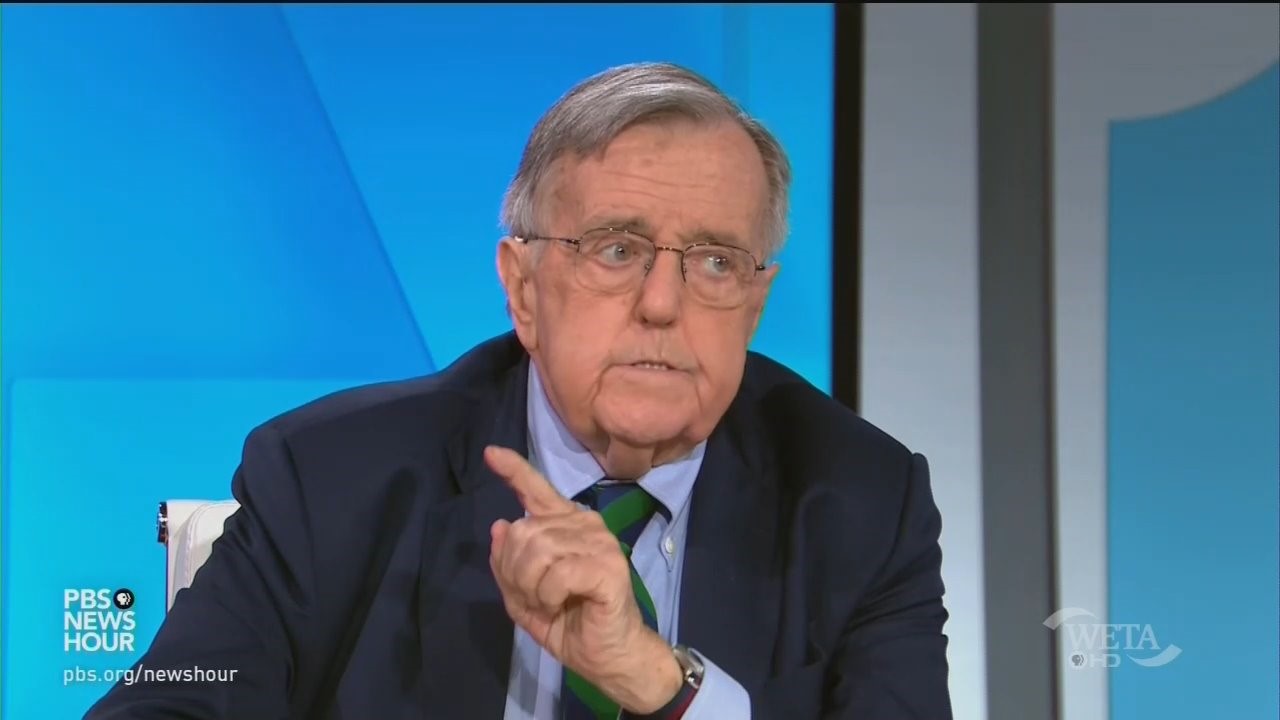 If there's one amazingly bad take on the Democrats in 2019, it's the idea that they're somehow not secular, and appeal to a strong base of secularists.

On Friday night's PBS NewsHour, the Week in Review segment ran typically with lots of Trump denunciations -- David Brooks compared him to George Wallace and Father Coughlin -- but then David Brooks touted kooky Marianne Williamson pushing an "uprising of decency" for the Democrats, as he did in his Friday New York Times column.

Brooks insisted "you can't beat a values revolution with a policy proposal. And so they need to talk about values, and they need to tie it to policies, but say, I'm for kindness, I'm for diversity, I'm for honesty, and the only person who seems to get that is Marianne Williamson."

This caused Shields to claim somehow today's Democrats have a strong spiritual/religious appeal:

MARK SHIELDS: I think the Democrats could claim the American narrative. I mean, we are a people who came from all corners of the earth and overcame enormous obstacles. And we have forged into one people.

And lord knows, I mean, it's taken the blood, sweat and tears of all generations of people. I guess where I would perhaps — I do differ from David is, I think there is a strong spiritual, almost religious chord to the Democratic story.

Shields protested: "Listen to Elizabeth Warren's speech at the PUSH conference. It was highly religious. It was on Matthew 23, and it was quite spiritual."

Earlier, Shields also said Biden was being too harshly judged by Democrats at this year's debates, after "sterling" debates that crushed Sarah Palin and Paul Ryan in previous campaigns:

SHIELDS: I think part of the problem that Joe Biden has is that Joe Biden is remembered for two debate performances, and rightly so, by most Democrats. In 2008, he crushed, not surprisingly, Governor Sarah Palin, the vice presidential nominee chosen by John McCain.

In 2012, he took on the cover boy of The Wall Street Journal editorial page, the favorite son of the American right, Paul Ryan, and he vanquished him.

And unfortunately for — I think for Biden, he's being compared in some Democrats' minds to those two sterling performances, which are now are 12 and 8 years ago.

That's not the way the Republicans remember those debates.