On ABC's This Week with George Stephanopoulos on Sunday, political analyst Matthew Dowd lamented that the media judged the Robert Mueller hearings on their optics or entertainment value...and forget that the Democrats told us this would be the "movie" that would bring the Mueller Report to vivid life.

MATTHEW DOWD: I was incredibly disappointed in the coverage of it, actually. I thought there were substantive things that Robert Mueller testified to that were very important. But much of the coverage on it was all about optics or entertainment value.And one thing I’ve learned in life is many times,  things are entertaining, but they’re not important and many times things are important but they're not entertaining.

And to me, if any viewer out there wants to know exactly what's going on and what happened and what the president did or did not do, just read the report. I know it's hard, it's 400-plus pages. Read the report. Because there are serious allegations and problematic things in that report for the president of the United States.

EMANUEL: I give back my time to Matthew Dowd to go another two minutes on that. [Laughter]

It shouldn't be that surprising that the Mueller Movie flopped. On last week's This Week, NPR's Ayesha Rascoe warned "for the Democrats, the risk is that they have this testimony and then it turns out to kind of be a dud. It doesn’t really move the needle at all." ABC's Mary Bruce agreed: "Democrats are simply hoping that by airing – a public airing of the Mueller Report, that that will do enough to change the conversation. But it could fizzle."

PS: I have a personal gripe. Could we please urge pundits NOT to compare "election interference" -- for example, Russian postings on Facebook -- with Pearl Harbor, where several thousands of Americans died? It's just as overwrought as comparing the 2016 election to 9/11.  Foreign interference in our elections is incredibly problematic, but it is not "lethal." Tone down your metaphors, please. 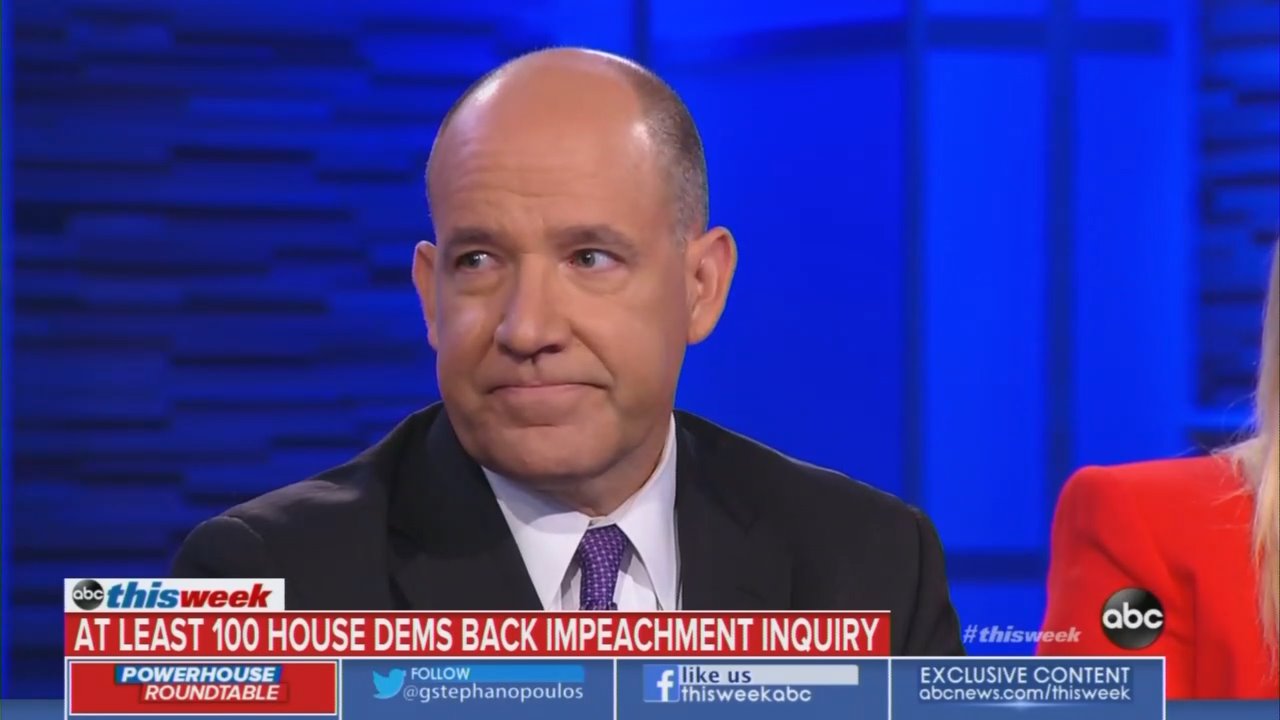 DOWD: Think about this metaphor. If Japan attacked us -- when Japan attacked us in World War II in Pearl Harbor and we did nothing in response of that, that's problematic to begin with. But if we were warned Japan was going to attack us again four years later and we still did nothing about it, that’s unconscionable....

MEGHAN McCAIN: I think we should be having Jack Dorsey, Mark Zuckerberg, everybody from Silicon Valley come out and say what are you doing to protect us going forward? What safeguards have you put in place since now we have shown and evidence has proven that the – Russia is in fact influencing our election and using the most lethal weapon possible to do it.