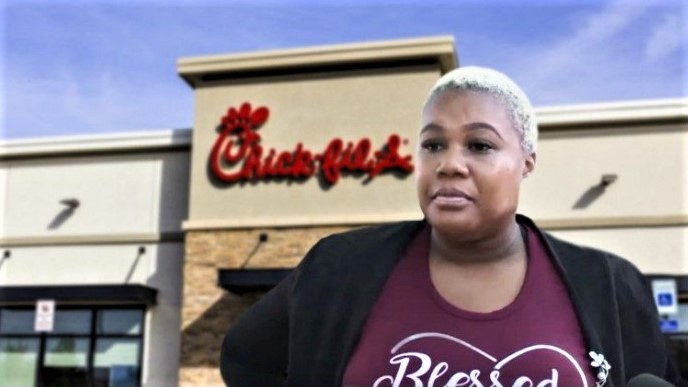 The Bee was mocking Georgia state Rep. Erica Thomas for claiming a man told her to "go back" to where she came from in the Express Lane at the local Publix supermarket. They inserted the eternally gracious staff at Chick-fil-A into the scene for laughs:  “Georgia Lawmaker Claims Chick-Fil-A Employee Told Her To Go Back To Her Country, Later Clarifies He Actually Said ‘My Pleasure.’”

Snopes launched its attack, complaining "We're not sure if fanning the flames of controversy and muddying the details of a news story classify an article as 'satire.'"

The Daily Caller pointed out that Snopes muddied the details, failing to note that Thomas walked back her claims when they were challenged. They amended their original article to note Thomas told reporters “I don’t want to say he said, ‘Go back to your country,’ or ‘Go back to where you came from.’ But he was making those types of references is what I remember.”

Dan Evon of Snopes admitted  “I haven’t seen that quote before....But I think you’re right, it’s probably worth adding.” He also added that a Publix employee said it was Erica Thomas, and not her adversary, that was using the "go back" language.

The shameless clickbait-specialists of Snopes slammed the Bee for "an apparent attempt to maximize the online indignation." This spurred a long Twitter thread by Babylon Bee founder Adam Ford. He was offended: "What a subjective and malicious statement! This is a 'fact check'?"

Ford also disliked this claim: "The Babylon Bee has managed to fool readers with its brand of satire in the past." Snopes said "dozens" of idiots on social media believe these satirical posts are real. Ford replied "Doesn't that wording really make it sound as though the Bee is TRYING to fool readers? Like we INTEND to, and sometimes succeed?"

The Bee sought revenge with several additional Snopes-mocking posts. One was “Snopes Rolls Out New Opinion Check Feature.” The satirical mission statement was “We’ll tell you which opinions are OK and which ones make you a Nazi.” But the one "fact checking" the Looney Tunes movie Space Jam is really amusing. 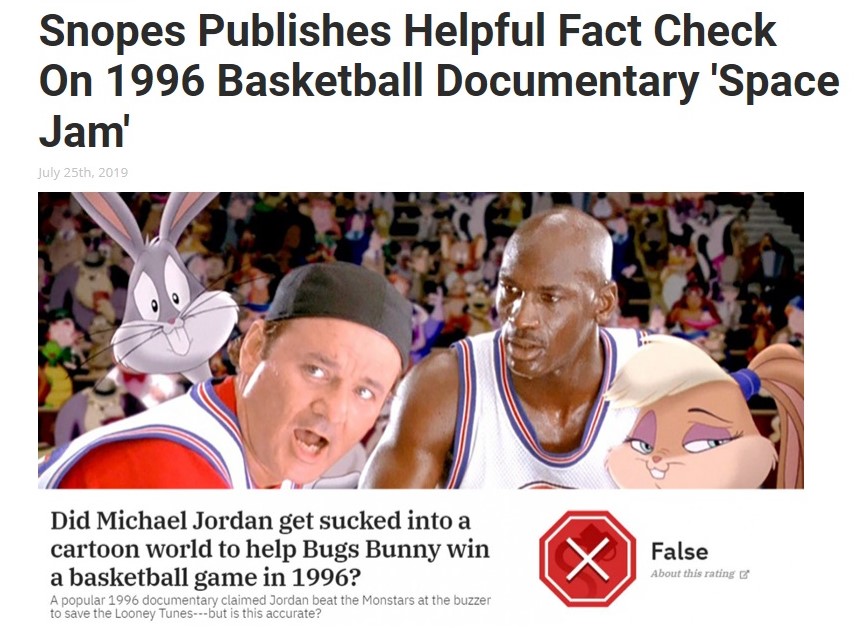