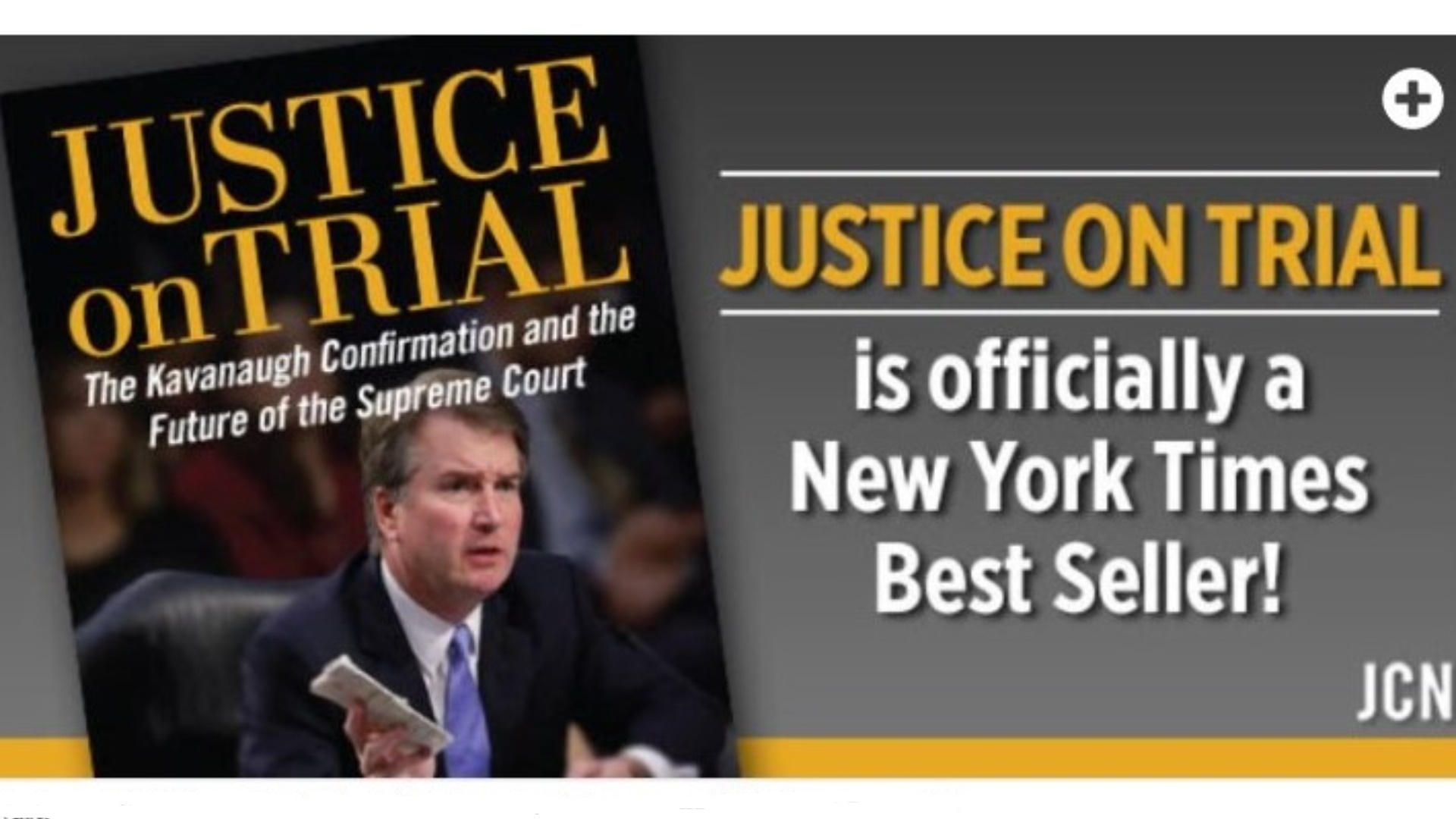 Conservatives have repeatedly protested how The New York Times "Bestseller List" doesn't live up to its name. We have reported the pattern with David Limbaugh and Dinesh D'Souza.

The newest example came from Sean Davis of The Federalist, and the book in question is Justice On Trial by Mollie Hemingway (of The Federalist) and Carrie Severino. The book about the Kavanaugh confirmation shot to #1 on Amazon, but the Times was playing games....again. Davis said they "fudged" it.

Industry sales figures show that the New York Times ignored actual data on nationwide sales in order to depress the rankings not just for the Hemingway/Severino book, but also Mark Levin’s latest book on the corruption of modern journalism.

According to Publishers Weekly, the only public source of point-of-sale data on book sales, “Justice on Trial,” was the top-selling non-fiction book published over the last week.

Mark Levin's Unfreedom of the Press was #2. But the Times list puts Levin at #5 and Hemingway & Severino at #6. Everything above them on their list sold fewer copies on the Publishers Weekly chart. Davis goes further:

The New York Times similarly boosted books by left-wing authors and placed them on the list despite sales figures showing much lower rankings. An anti-Trump book by left-wing activist Joy Reid of MSNBC, for example, was placed on the New York Times list at #15, despite sales figures showing that it was barely the 25th best-selling non-fiction book in the country last week with fewer than 3,200 books sold. Despite selling nearly 10 percent more books than Reid, a new book by right-wing TV personality Tomi Lahren was left off the New York Times list....

The New York Times was also blasted earlier this year for including Valerie Jarrett’s book on its list during its debut week despite the fact that the book sold next to no copies. At the time her book was included on the New York Times list, it wasn’t even ranked in the top 1,000 books on Amazon. It didn’t even crack the top 1,200 books sold by Barnes and Noble, according to a Daily Caller analysis.

Rather than collecting nationwide data on book sales across all platforms and locations, the Times reportedly surveys only select retailers, the identities of which the paper refuses to disclose. He notes that while he was the paper's "public editor" in 2007, Clark Hoyt admitted the newspaper's prestigious list “is not a completely accurate barometer of what the reading public is buying,” Hoyt wrote. “For my money, if the main list is a best sellers list, it ought to reflect what’s selling best.”

Davis also notes there's even bias in the book descriptions on the list.

Levin: "The conservative commentator and radio host makes his case that the press is aligned with political ideology."

Hemingway/Severino: The conservative authors give their take on the confirmation of Supreme Court Justice Brett Kavanaugh.

But for Joy Reid: "The MSNBC host gives her analysis of Donald Trump’s presidency."