The 'Squad' Won't Condemn Antifa Terrorism....WHERE Are The Media? 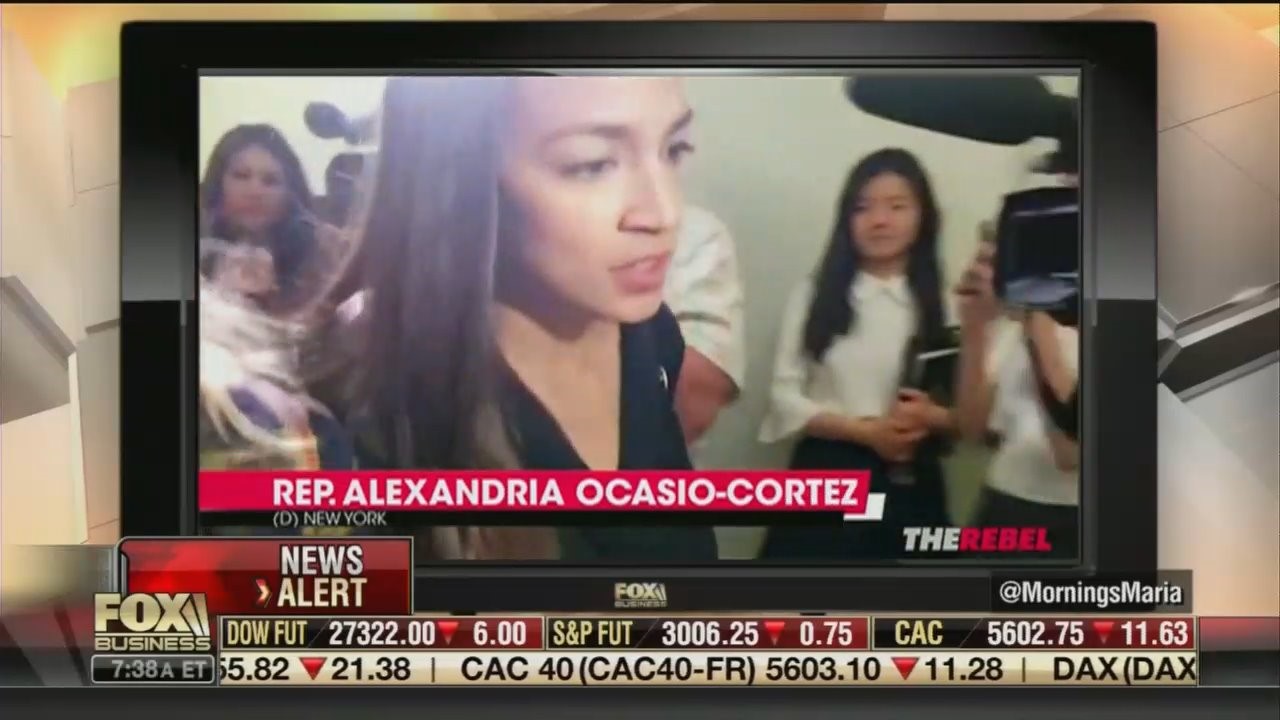 Still no coverage from the network newscasts as well as MSNBC and CNN.

On Thursday's morning shows, ABC, CBS and NBC offered NO coverage of the “Squad’s” silence on the Antifa violence. That's despite six hours of available air time on ABC's Good Morning America, CBS This Morning and NBC's Today. See here for more.]

In their epic freakout over President Trump’s “racist tweets” over the weekend – presumably against “The Squad” of four radical freshman congresswomen -- the Left tried to shame Trump supporters with hashtags like #SilenceEqualsConsent and #SilenceEqualsCompliance.

On Saturday, an Antifa activist named Willem von Spronsen was shot dead outside an ICE detention facility in Tacoma, Washington after he showed up with a rifle and incendiary devices and started setting things on fire. He also tried to light a propane tank.

So when a reporter from the Canadian website The Rebel asked members of the Squad on Monday afternoon if they would condemn Antifa and this terror attack in particular, he got silence.

We checked for "mainstream" television coverage of this silence through prime time on Wednesday night, especially from CNN and MSNBC, which uncorked more than a thousand uses of "racist" to describe the Trump tweet controversy. We couldn't find anything.

It’s incredible that the news media refuse to cover a member of Congress refusing to condemn a group that advocates domestic terrorism! Think about that! The questioner was telling the legislators "it's not hard" to condemn terror attacks, but they refused. There's nobody on the Left they would reject as using unacceptably violent tactics?

These women must feel that this is a "right-wing" questioner, so they don't have to answer. AOC will answer a question in the hallway from CNN, but not from conservative journalists.

They also may feel justified in silence because the liberal media are so quiet on the Tacoma violence. As Bill D'Agostino reported, CBS and NBC skipped reporting on Tacoma. ABC gave it 17 seconds on Sunday morning. CNN reported on the story in little bits on Saturday....until it became clear the deceased attacker left behind an Antifa manifesto.

Ben Shapiro tweeted, "Hey, CNN, want to take a break from asking Richard Spencer about his Trump tweet opinions and maybe ask the Squad about a TERROR ATTACK?" CBS morning star Gayle King asked a couple of tougher questions to Ilhan Omar in her Squad interview that aired Wednesday, but she never touched on Antifa.

Instead, on Wednesday night, CNN and MSNBC jumped on the latest pro-Squad bandwagon, objecting to some people in  Trump's rally crowd in North Carolina chanting "Send Her Back" when Trump was talking about Omar. They're almost always on defense for the Democrats....and they will spike anyone who asks tough questions they refuse to ask.