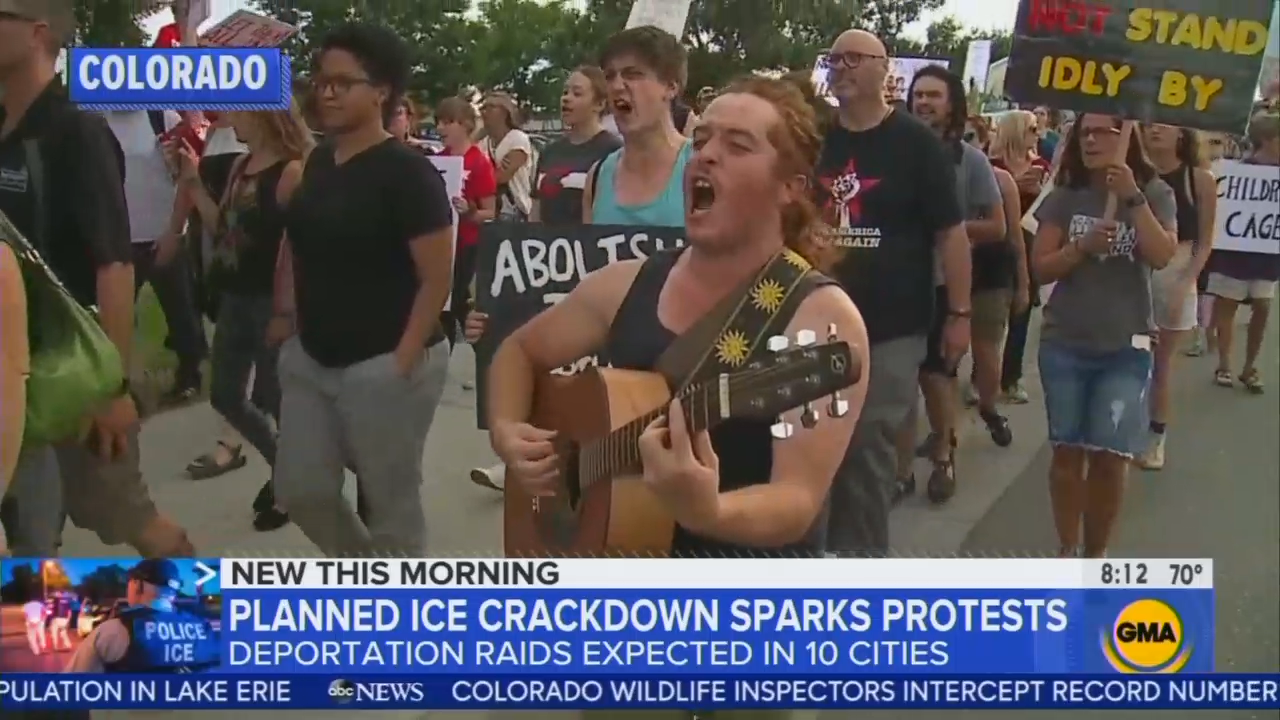 Broadcast networks continue to handle Antifa — a violent anarcho-communist group who recently put a reporter in the hospital —  with kid gloves. As of this evening, NBC and CBS still refuse to cover an Antifa member’s attempts to burn down an ICE facility, while ABC has barely mentioned it.

On Saturday, 69-year-old Willem Van Spronsen was shot and killed by police after attempting to burn down a Tacoma, Washington migrant detention center with incendiary devices. Van Spronsen, who had previously been arrested for assaulting an officer outside that same facility, was armed.

According to the Tacoma police department, the man “attempted to ignite a large propane tank” outside the facility before being shot by four officers. No other individuals were injured, according to reports.

The media love to cover police shootings, and domestic terrorism is always a newsworthy topic. So what has the broadcast network coverage of this incident looked like?

Well, there hasn’t been any — aside from 17 seconds on the Sunday edition of ABC’s Good Morning America. NBC and CBS have stubbornly ignored the event, and have yet to utter word about it on either their morning or evening news broadcasts. Meanwhile, ABC’s only mention of the event was buried in the middle of a larger story about Sunday’s ICE raids, and it failed to include anything about Van Spronsen’s motive or his affiliation with antifa.

Here's the sum total of the attention this incident has received from broadcast networks (don't blink):

Sadly, this is nothing new. CBS and NBC also spent days ignoring Antifa members' savage beating of journalist Andy Ngo. And even that wasn’t unprecedented for the stalwart journalists at NBC, who back in August of 2018, ignored Antifa members assaulting their own reporters.

A statement released by the Florida-based GEO Group, which owns and operates the Tacoma detention facility, offers another hint as to why these networks might be so apprehensive about covering this most recent instance of anarchist violence. In its statement, the company blamed a “factually inaccurate portrayal” of detention centers for Van Spronsen’s “misplaced aggression and a dangerous environment for our employees.”

Considering the very same networks that have approached detention centers with rapt interest over the past few weeks are now refusing to discuss an attempt by their favorite anarchists to burn down one such facility, perhaps their silence indicates a desire to wash their hands of the whole thing.

Stay tuned for the next coverup. Because if history is any indication, there will be one.