So Much for Inclusion: Vogue Rudely Skipped Over One of the Women Running for President

So much for "inclusion." Vogue has posted a new interview with five female presidential candidates by New York Times reporter/feminist Amy Chozick. Marianne Williamson is missing -- Chozick didn't interview her, and she wasn't at the Annie Liebovitz photo shoot. Even the headline wasn't inclusive:

Madam President? Five Candidates on What It Will Take to Shatter the Most Stubborn Glass Ceiling 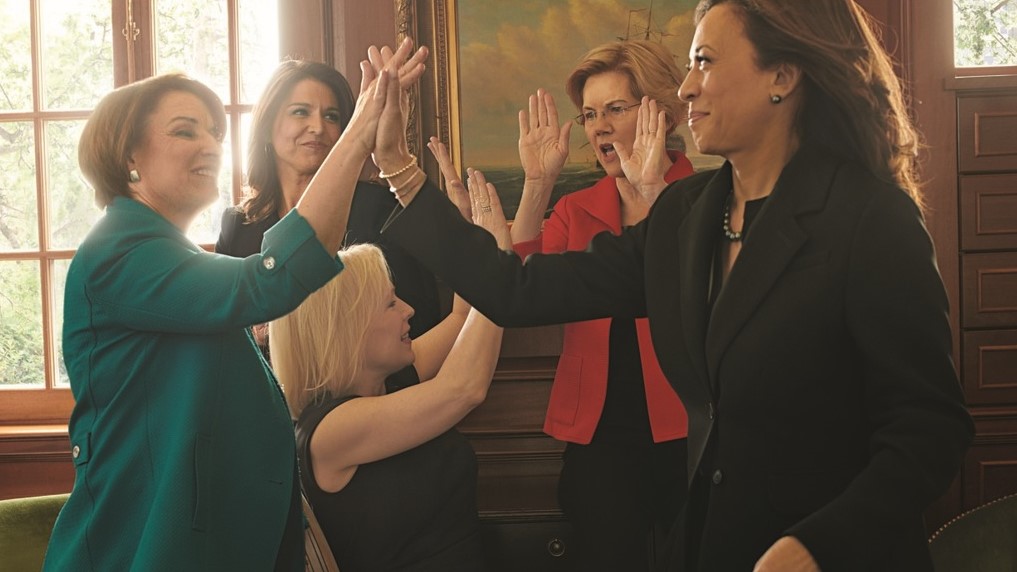 Some said the other five are all members of Congress. Williamson responded on Twitter: “And what does that mean, exactly? The Constitution says qualifications are 35 or older, born here, and to have lived here for 14 years,” Williamson wrote. “Nothing else. They were leaving it to every generation to determine for itself the skill set it feels is most needed to navigate their times.”

Chozick was driving in her usual lane, perennially complaining about Hillary losing to Trump, and having to wait longer for her dream of a female (Democrat) president.

I figured the women now running for president would be propelled by the success of the newly elected women in Congress, of seemingly impossible Democratic victories across the country, of the power of Alexandria Ocasio-Cortez’s Instagram feed and a newly potent era of political activism. These women could also run without the history (I refuse to say baggage) that Hillary carried with her. I still wonder how much of voters’ hesitancy about Hillary was based on sexism (my guess is a lot) and how much was discomfort with a political family that had weathered so many scandals (real and imagined) and loomed so large for decades.

Oh, she's totally over the Hillary defeat, for sure. It continued:

But whatever the answer, the women running in 2020 would surely enjoy a clean slate. Whatever skeletons were in their closets couldn’t possibly match those of the Trump White House. Harris allegedly flip-flopped on private insurance? Klobuchar ate a salad with a plastic comb and then snapped at a staffer to clean it? Warren had to apologize to the Cherokee Nation for claiming Native American heritage?

Yes, well, Trump heaped praise on the North Korean leader Kim Jong-Un, (briefly) declared he’d gladly accept dirt on an opponent from a foreign power, and watched as both his personal lawyer and campaign chairman embarked on lengthy prison sentences. Finally, I thought, voters would no longer tell me (as they so often did when I asked why they didn’t support Hillary) that they would love to vote for a woman for president, just not that woman. There was no way that Harris, Gillibrand, Warren, Klobuchar, Gabbard, and Williamson could all be that woman . . . could they?

Rather than being propelled, these women have seemed stuck in a sort of political purgatory, firmly, frustratingly sandwiched between Hillary’s loss and the country’s (eventual?) realization that a woman can be president.

Chozick marshaled liberal research claiming the female contenders drew worse media coverage than the male Democrats. But the sample was tiny, and it only searched for negative or critical words. In other words, it's not much. That any of these women could complain about the media -- compared to Trump's coverage -- is mind-boggling.