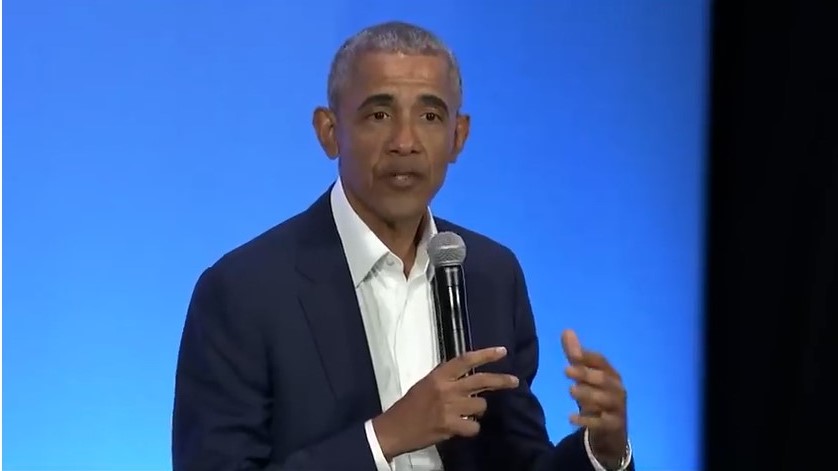 PolitiFact hasn't made a judgment about Barack Obama's comments since November of 2017. It must have made their liberal bones ache to give him a "Mostly False" for shamelessly un-factual comments he made about America in Brazil, like this: "Anybody can buy any weapon, any time without much, if any, regulation. They buy it over the internet. They can buy machine guns."

On their home page, they summarized Obama's comments as "way off target." The article's headline was "Barack Obama wrong on limits of US gun laws, machine gun sales". So why not "False" instead of "Mostly False"?

PolitiFact's Jon Greenberg bizarrely ruled that Obama saying there was "without much, if any" gun regulation in America was "too loose to be fact-checked." No, it's not. It's inaccurate on its face. Last month, PolitiFact did not find it "too loose to be fact-checked" that Trump said the Russia probe was a "coup," even as Democrats hoped it would result in removing Trump from office. They called THAT "Pants on Fire."

The "Mostly" modifier comes in because Obama said you can buy a gun on the Internet. Greenberg concluded:

The assertion that anybody can buy a weapon flies in the face of the many types of people, from felons to drug abusers to spouse abusers, who may not buy weapons. Internet sales are legal, as he said, and they take place under the same rules that govern other gun sales.

As for machine guns, they are strictly illegal, with the exception under legal controls of models from 1986 and earlier.

Taking the elements of his statement together, we rate this claim Mostly False.

As Ashe Schow noted at the Daily Wire, this is not new for Obama. In 2016, he claimed at a memorial service for five police officers shot and killed in Dallas that "it is easier for a teenager to buy a Glock than get his hands on a computer or even a book."

Alex Griswold of the Washington Free Beacon tweeted "This fact-check is a good example of how framing can radically alter what the ruling is or should be." He noted PolitiFact also categorized the "Pants on Fire" comment in Dallas as "Mostly False." They went looking for "experts" to bail out Obama:

Experts acknowledged, though, that Obama had a point with his remark, even if he made an imperfect comparison.

"It is pretty easy for a teen to get a handgun at little cost and very quickly, at least in some places, including urban places," [professor Alan] Lizotte said.

This PolitiFact fact check has been rated as "Half Baked." For more, see our Fact-Checking the Fact Checkers page.