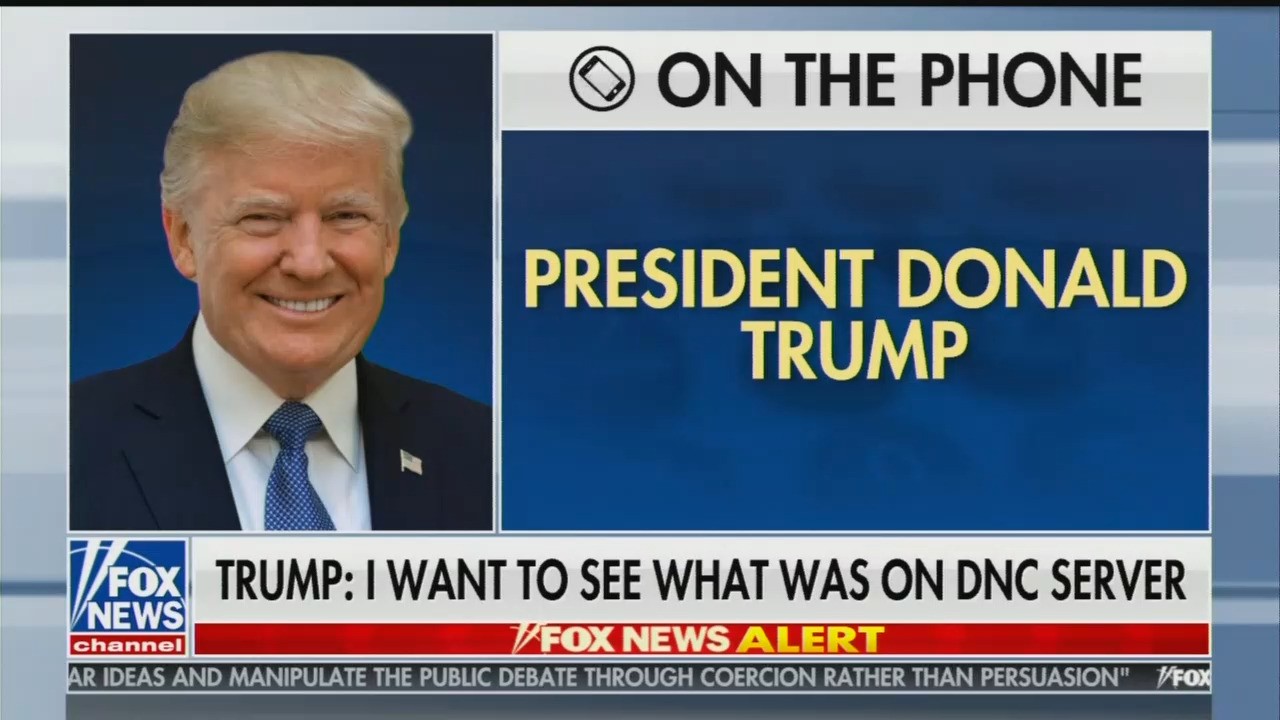 Can you say "coup" nowadays? It was fun to recall this week that liberal TV news stars like Dan Rather described the impeachment trial of President Clinton that "this is in fact a kind of effort at a quote, ‘coup’?" Some liberals like Whoopi Goldberg on The View are using it right now for Bill Barr: "When the top law man in the country can't give you a straight answer, it makes me uncomfortable. It feels coup-y. Like, it's like a coup of some sort."

But when Donald Trump uses this rhetoric, PolitiFact ranks it as "Pants On Fire." As they summarized the president in phone interview on Hannity on April 25:

The Russia investigation "was a coup. This was an attempted overthrow of the United States government."

Impeachment is a vote to remove an elected official. "Coup" is an emotional term. But the "fact checkers" not only selectively apply "checks," they try to punish emotional terms....by some. They would probably argue Stacey Abrams saying "I won" is emotional more than factual!

In the April 29 ruling, PF's Louis Jacobson openly lines up with Phil Bump of the Democracy-Died paper and against Fox News to analyze this utterance to Sean Hannity:

The White House did not respond to an inquiry for this article, but the Washington Post’s Philip Bump described the origins of the talking point as being part of "a classic Fox News feedback loop."

Trump appears to believe that enemies within law enforcement concocted reasons to go after him over his campaign’s Russia contacts.

Trump appears to believe that enemies within law enforcement concocted reasons to go after him over his campaign’s Russia contacts. Names that come up often in this alleged plot include Peter Strzok and Lisa Page, two officials involved in the FBI investigation of then-candidate Trump. The two were involved romantically, and they shared text messages that Trump has said were biased against him.

For those outside the Fox News orbit, the connections "might make no sense," Bump writes. "But for a Hannity viewer, and for Trump and Hannity in particular, it all makes perfect sense. It's a summary of a case about bias and personal flaws and unfairness that Fox News and Hannity have been making for a year."

So a "fact checker" cannot establish from the evidence on the public record that Strzok and Page were biased against Trump? That they "appeared" to be trying to stop his election as they were investigating Trump and Russia at the FBI?

Jacobson underlines the liberal feedback loop by going to Harvard professor Michael Klarman, who protests "It beggars belief that anyone in the FBI had the intention of subverting a duly elected president." [!] Other professors are lined up on the same viewpoint, including he Coup D’etat Project at the Cline Center for Democracy of the University of Illinois. (Well, it's no longer going by that name, but who's fact-checking here?

The Russia investigation stemmed from a by-the-rules law enforcement inquiry. That’s far different than a coup, for which the defining characteristic is that it occurs outside the legal system. It’s also worth noting that the original investigation began before Trump had even been sworn in, meaning he wasn’t even eligible to be deposed by a coup.

We rate the statement Pants on Fire.

We have rated this PolitiFact "fact check" as Deeply Distorted. For similar analyses, please visit our Fact-Checking the Fact-Checkers site.

I tweeted this quick roundup of recent PolitiFact rulings on May 2 to illustrate the pro-Democrat tilt: 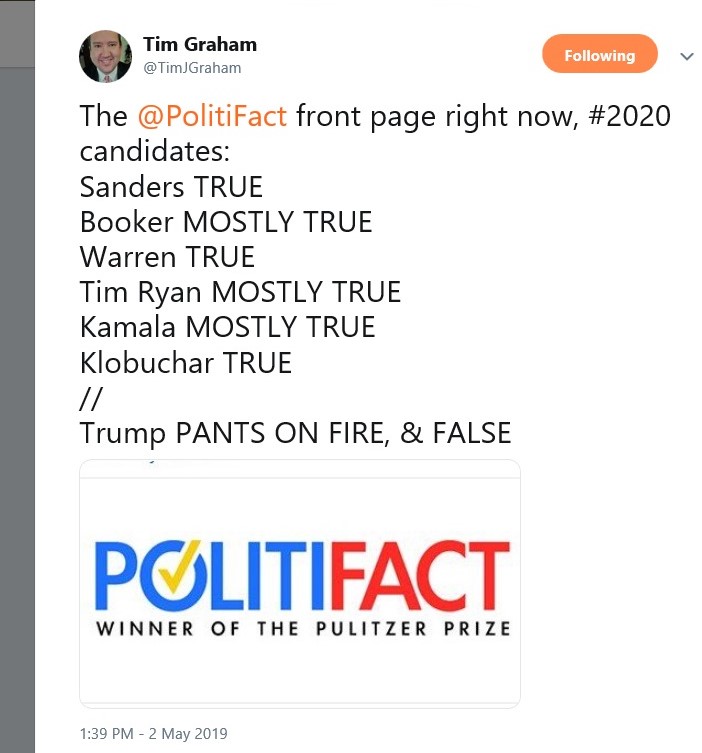