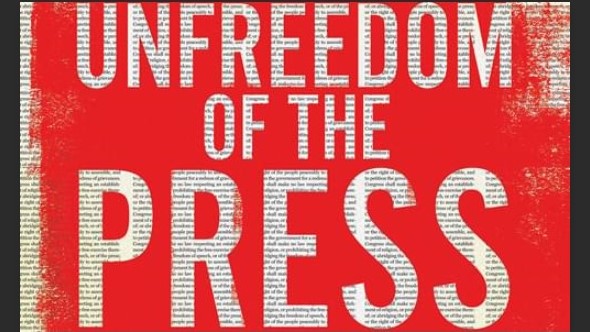 Mark Levin's book Unfreedom of the Press drew another hostile book review, this time from the leftist British newspaper The Guardian. The headline on Lloyd Green's review was "Mark Levin's Trumpist take on the first amendment...The passionate pro-Trump convert’s attack on the mainstream media occasionally sounds like ‘fake news’ itself."

And yet in his very next book review, Mr. Green was fulsomely praising an actual fake-news purveyor, Michael Wolff, the guy who claimed without evidence that Trump was having an affair with U.N. Ambassador Nikki Haley.

Unfreedom of the Press is not exactly fan fiction but it can get ahead of itself when discussing the special counsel’s conclusions, ending up sounding like the “fake news” the author and Trump both purport to abhor. Among other things, Levin has jettisoned any journalistic skepticism surrounding the attorney general Bill Barr’s non-summary of Robert Mueller’s report, instead choosing to equate Barr’s truncated take with holy writ.

Green is upset that Levin said there was "no collusion," when the report stated collusion is not a crime. The report stated there was no evidence of "coordination" between the Russians and the Trump campaign, so that's not "fake" in any way. Green continued:

Levin has launched his own jihad against Mueller, a decorated and wounded Vietnam veteran. On Fox News in late March, Levin labeled the special counsel a “coward”. In the words of the Daily Beast, Levin also delivered a “breathless, spittle-flecked soliloquy” in which he declared that the media was hellbent on ruining Barr “because they destroy anybody who stands up to the mob”.

This was the silliest sentence in the review: "Unfreedom of the Press also claims the media and the Democrats are pushing for impeachment, another statement a tad over its skis." Earth to Green: it's verifiable that the media are ramping up impeachment talk.

Green acknowledged the reality that the press is biased, and that President Obama aggressively prosecuted leakers. But he clearly couldn't stand that Levin sounded so pro-Trump.

By contrast, Wolff is dramatically shameless in smearing Trump, so Green and the Guardian rush to shore up his garbage-fire reputation:

Wolff’s tale is credible enough to be taken seriously and salacious enough to entertain. If you have doubts about Wolff’s credibility, and many do, the latest blowup over the USS John S. McCain is one more reminder that in the Age of Trump, truth is weirder than fiction. Much weirder.

Beyond that, by early 2018 Wolff had captured the centrality of Robert Mueller in Trump’s life, and nailed Trump’s and Kushner’s insatiable cravings for cash. Fire and Fury records Bannon as saying: “This is all about money laundering … It goes through Deutsche Bank and Kushner and all that shit.” Talk about getting the big picture right. [Italics his.]

Just when leftists are crestfallen that Mueller didn't immediately drive Trump from office, they can delight in Wolff calling the Trumps a "criminal enterprise."

Wolff also has Bannon calling the Trump Organization a criminal enterprise and predicting its downfall: “This is where it isn’t a witch-hunt – even for the hardcore, this is where he turns into just a crooked business guy … Not the billionaire he said he was, just another scumbag.” Allow that to sink in, too.

Expect Bannon to be quoted by Nancy Pelosi, Jerry Nadler, Alexandria Ocasio-Cortez and the eventual Democratic candidate. Also look for the Democratic National Committee to send chocolates to Bannon...next Easter. 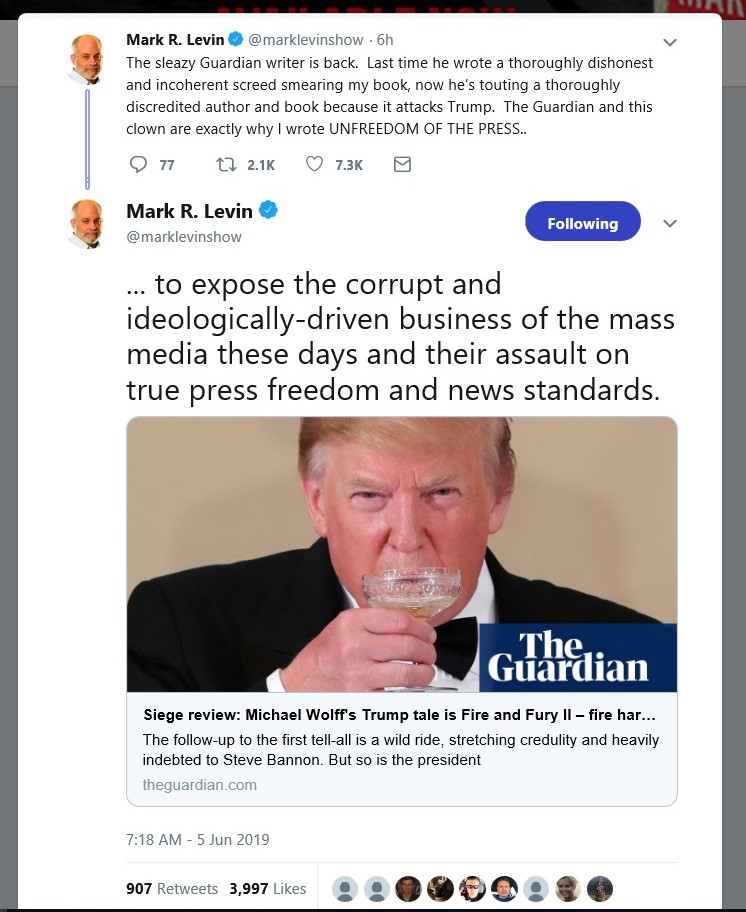