This Means WAR? Liberals Angry That NY Times Turned Down a Maddow Invite

Vanity Fair media writer Joe Pompeo -- whose recent oeuvre includes an embarrassing puff piece/cover story on Beto O'Rourke -- is kvetching at The New York Times for getting nervous about its reporters making appearances on The Rachel Maddow Show. The headline: 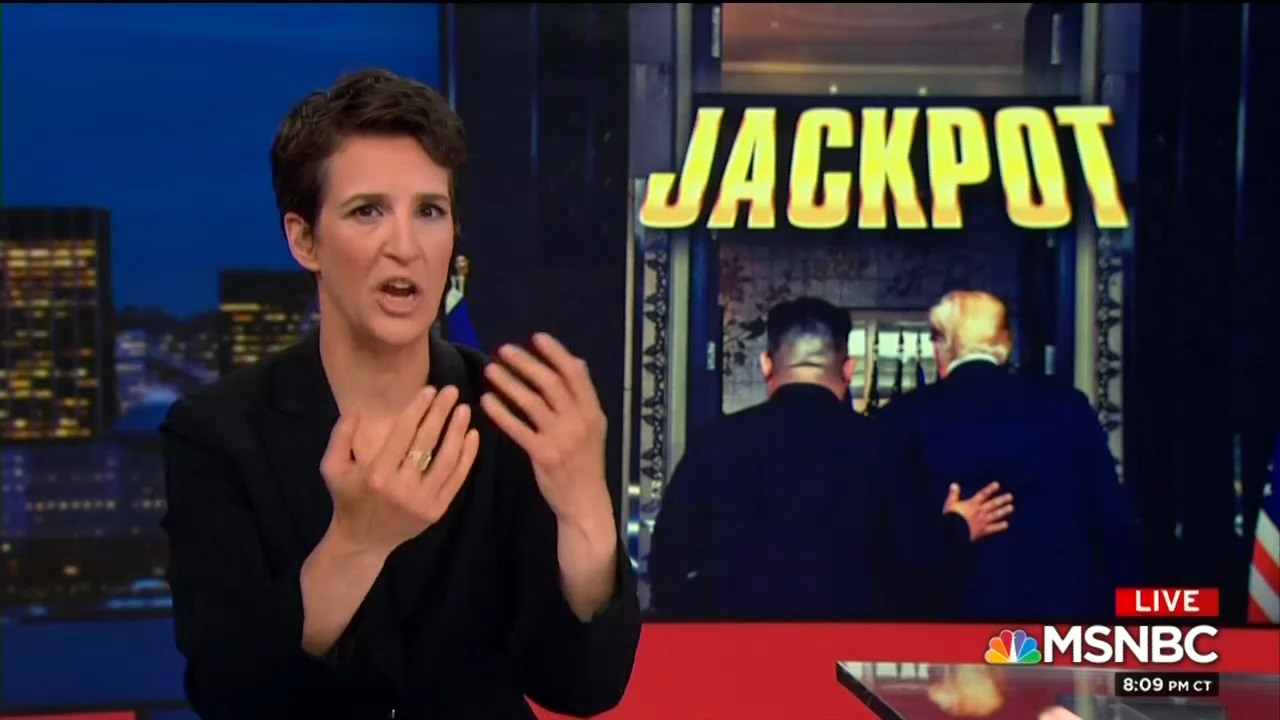 'Inconsistent, Incoherent, and Poorly Conceived': As The Times Clamps Down on Reporters Going on MSNBC, Is This a Liberal-Media War?

The Times recently yanked one of its journalists from Rachel Maddow amid concerns about cable-news “bias.” Dean Baquet “thinks it’s a real issue.” But didn’t MSNBC help rebuild the Times’s business? And aren’t they in the same Trump-era boat?

"War" is a highly overwrought term for saying "no to Maddow right now."

Pompeo angrily reports that Times reporter David Enrich accepted a Maddow invite on May 19, but was then told by the paper's communications department that he would have to retroactively decline.

The Times was wary of how viewers might perceive a down-the-middle journalist like Enrich talking politics with a mega-ideological host like Maddow. The producer, who was informed that the Times asks members of the newsroom not to appear on opinionated shows to discuss political subjects, was miffed about the cancellation, sources said. Enrich declined to comment.

An MSNBC spokesman said, “For over a decade, The Rachel Maddow Show has welcomed the best journalists from across the country and celebrated the hard work they do, day-in and day-out. This includes countless New York Times reporters and editors. That commitment to journalism is part of the DNA of the show.”

From a conservative news junkie's perspective, it would be hilarious to suggest that the Maddow show would make you look biased, but a Morning Joe or New Day shot wouldn't. CNN and MSNBC have a generally biased/panicked tone about Team Trump in every hour of the day. So it could be more about avoiding the prime-time venues.

Still, a quick peek at recent MSNBC primetime shows finds recent evening bookings for the Times: climate reporter Coral Davenport on All In on May 28, reporter Peter Baker on 11th Hour on May 28, and several appearances on All In by columnist Michelle Goldberg (May 14 and 24). Times reporter Susanne Craig was interviewed on the O'Donnell show on May 7 to tout her Trump-taxes scoop. So there's no "ban."

Pompeo turned to his anonymous sources:

I’m told that over the past couple of months, executive editor Dean Baquet has felt that opinionated cable-news show are getting, well, even more opinionated. Baquet and other managers have become increasingly concerned that if a Times reporter were to go on one of these shows, his or her appearance could be perceived as being aligned with that show’s political leanings. “He thinks it’s a real issue,” one of my Times sources said. “Their view,” said another, “is that, intentionally or not, it affiliates the Times reporter with a bias.”

Okay, they should stop making statements like this. They are so hilarious that they threaten to asphyxiate conservatives. Pompeo found a source to make the point he wanted to make (hence the headline quote):

A highly placed source at one of the cable networks said he found the Times’s guidelines to be “inconsistent, incoherent, and poorly conceived.” He also pointed out, “At the moment that Donald Trump became president, and print media was coincidentally in crisis mode from a business perspective, a significant contributor to the success of publications like the New York Times and the Washington Post was the exposure that their great work got on networks like MSNBC and CNN. They are the beneficiaries of some very positive exposure for their journalists.”

The "highly placed" complainer would be right that MSNBC is constantly promoting New York Times articles as damaging to Trump and the Republicans. The notion that the Times is not aggressively seeking to pummel Trump would be "incoherent and poorly conceived." But it's funny how Vanity Fair can get upset over an inconsistent "ban" on MSNBC appearances.