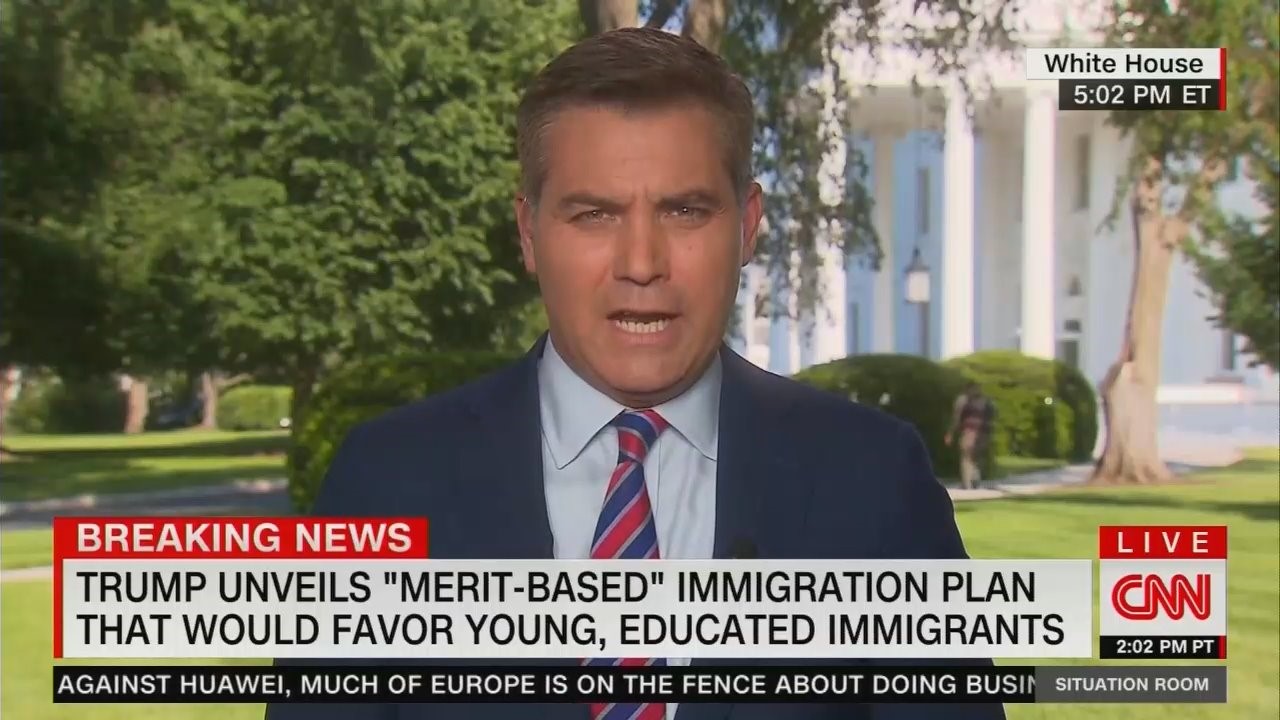 During the speech, Acosta tweeted: "Trump in Rose Garden speech paints asylum seekers with broad brush accusing them of misleading immigration authorities at border: 'These are frivolous claims.'"

That's not accurate. Here's what the president said: "We must also restore the integrity of our broken asylum system. Our nation has a proud history of affording protection to those fleeing government persecutions. Unfortunately, legitimate asylum seekers are being displaced by those lodging frivolous claims. These are frivolous claims to gain admission into our country."

Trump added: "My plan expedites relief for legitimate asylum-seekers by screening out the meritless claims. If you have a proper claim, you will quickly be admitted. If you don't, you will promptly be returned home."

He was implying some abused the system, not all. The "broad brush" here is Acosta's. Acosta also retweeted NBC reporter Julia Ainsley, who also mangled Trump's remarks.

Trump: most claims by families cross the border are frivolous.

Fact: fewer than 1 percent of families crossing turn out not to be legitimate.

Ryan Saavedra of the Daily Wire reported all this, and noted the Center for Immigration Studies tweeted: "In fact, President Trump said that 'legitimate asylum seekers' are disadvantaged by frivolous claims. The president is correct. Out of every 100 migrants who make credible fear claims, only 13 are ultimately granted asylum. 52 don't even file for asylum."

Acosta also tweeted a link to a 2018 ruling by PolitiFact, charging then-Attorney General Jeff Sessions as "False" when he said 80 percent of asylum claims don't qualify and "do not merit" relief. They found the "grant rate" for asylum in 2017 was 20 percent, and then quibbled that claims that were not granted might have still had merit, but the plaintiffs may not have had legal counsel, for example.

The Trump War Room (re-election campaign) Twitter account wasn't shy: " You know there's video proving you're lying, right?...How can you do this and go home at night thinking you've turned in an honest day's work as a journalist?"