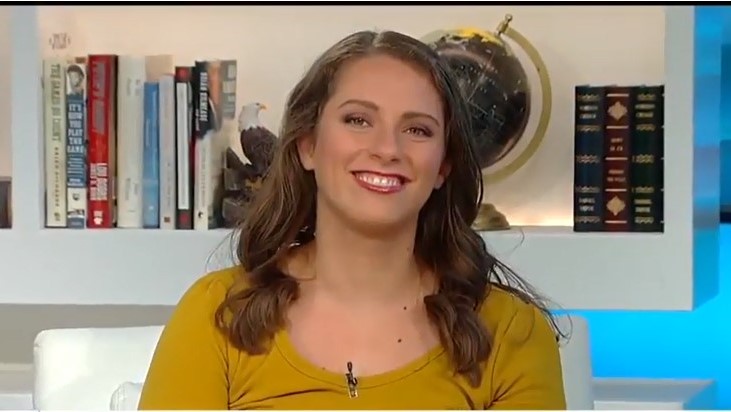 National Public Radio has been rotating pundits for its Week In Politics roundup in recent months on its evening newscast All Things Considered. Sitting in the "David Brooks chair" on Friday was Bethany Mandel (@Bethanyshondark on Twitter), who they said "writes for publications including The Jewish Daily Forward and Acculturated." It's encouraging when the conservative half of a public-broadcasting panel actually sounds like a conservative.

ARI SHAPIRO, NPR: Bethany, do you agree with the House Judiciary Committee chairman, Jerry Nadler, that we are now in a constitutional crisis?

BETHANY MANDEL: Not remotely, no. I think this is a massive miscalculation on the part of House Democrats to step up sort of the rhetoric about a constitutional crisis where one does not yet exist because one might become -- we might get to that point at one point, and they are blowing every ounce of their credibility on this story.

The liberal half, Washington Post columnist E.J. Dionne, typically disagreed, insisting Speaker Nancy Pelosi was quite right when she said President Trump was "becoming self-impeachable." Is that like Mitt Romney's "self-deportation" rhetoric? Mandel was even stronger on abortion, as they discussed the new heartbeat bill signed in Georgia.

E.J. DIONNE: The question I have for my right-to-life friends - and I do take the moral seriousness of their position very seriously - is what - do they honestly think that outlawing abortion will actually end abortion? There are 20 million unsafe abortions around the world. Most of them happen in countries where abortion is illegal. So making abortion illegal is not going to reduce the number of abortions anywhere near to the point that right-to-lifers believe.

I would say I'd rather go two routes. One is, let's have better family planning so there are fewer unintended pregnancies so there are fewer abortions. And two, abortions are most common among the poorest women among us. So lifting up the poor, it seems to me, is the best way to reduce the number of abortions, not to make it illegal.

SHAPIRO: Bethany, if it's possible to make this distinction, how much of this debate in the states do you think is about a heartfelt policy desire, and how much is about political, electoral politics trying to turn out voters, et cetera?

MANDEL: I don't think it's an either/or conversation. I think that it's both. I think that they truly believe - and I truly believe - that life begins when a heartbeat begins, and ending that heartbeat is - should be criminal. And the conversation - I mean, you could say, you know, ending abortion won't end abortion. You could very easily extrapolate that to the gun control conversation; making all guns illegal on actually take guns off the street. So there's - you can't say that you can't legalize something or not legalize something and but not sort of see that policy implication for other issues that are your pet issues.

NPR doesn't really listen to conservative input on these matters, but we'd insist Mandel be added to the pundit rotation.