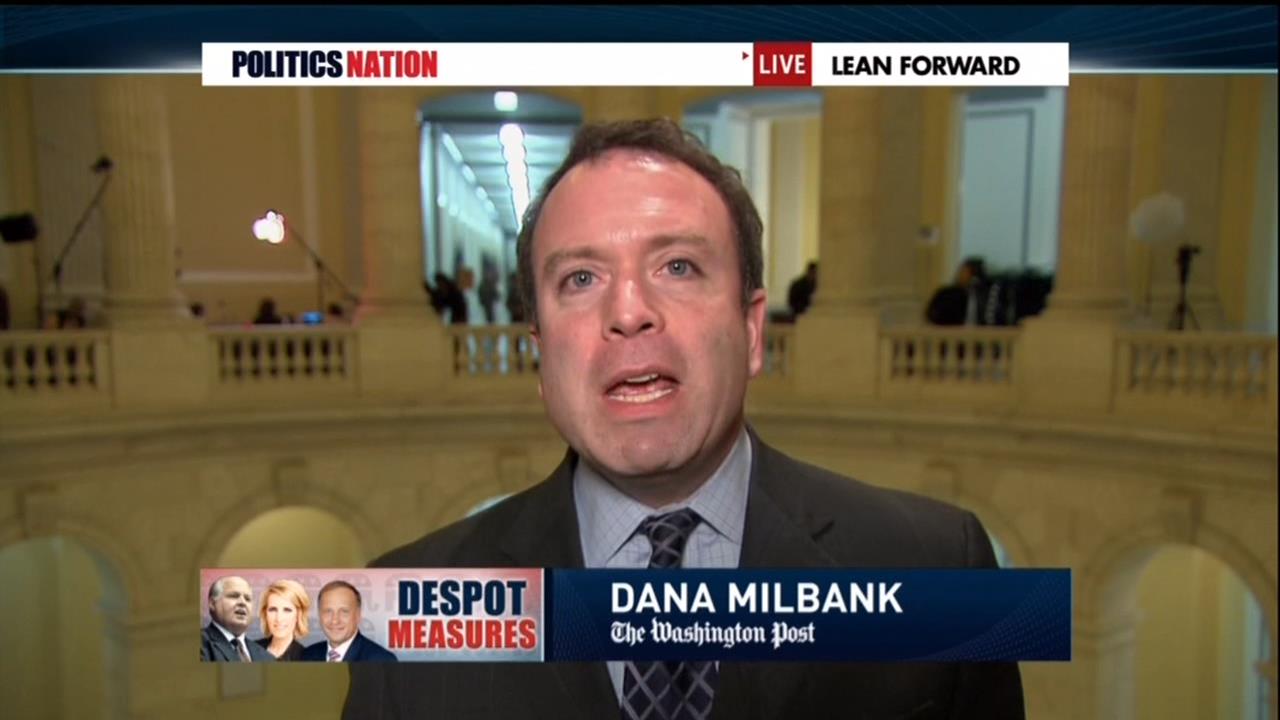 Milbank announces up front that he's a had a "hard pass" for 21 years. I can tell you this from my two years in the White House press corps. Milbank's almost never there for the briefing. That's why no one can remember him lobbing smirky self-satisfied questions at Sarah Sanders. But of course, he says "I strongly suspect it’s because I’m a Trump critic."

Insert laugh track. As if everyone else there (including the six Post reporters who still have passes) are wearing MAGA hats.

But have they gotten on CNN for calling Trump a "MADMAN"? He's all in against Orange.

The Post columnist admitted that as a part of the Jim Acosta lawsuit, the White House "established a clear — if nearly impossible — standard: no credentials to any journalist who is not in the building on at least 90 out of the previous 180 days." First, it's a little silly to claim that someone who's there less than half the time is a big-time White House correspondent...and Milbank wouldn't come close to meeting this rule, as he admits:

The White House, in rescinding my credentials, told me I had been in the building only seven times in the previous 180 days. (Two foot surgeries during that period kept me at home, though I never came close to the 90-day standard.)

But, since democracy is apparently dying, he calls it "the 90-day attendance purge."

Logically, of course, if a newspaper has seven White House "reporters" (as if Milbank counts), they will rotate in and out, so there's that. Weekly news magazine reporters -- like say, Newsweek's Howard Fineman in my day -- don't need to be there every day. But it's not an unreasonable place to start.

Then he claims "I’m not looking for pity. Trump’s elimination of briefings and other changes have devalued White House coverage anyway. But there’s something wrong with a president having the power to decide which journalists can cover him."

Earth to Milbank: he doesn't. The president can decide who can be admitted to the White House, or who gets on the campaign plane, or whose question or whose interview will be accepted, but he cannot choose who covers him.

Milbank also admitted the White House offered him a "six-month pass," a lesser credential, but he refused. He'd rather stick with the Fake News that he was "purged" for being a Trump critic.

This "purged" spin was happily picked up by Democrats. “This is what dictators do,” tweeted Sen. Patrick Leahy, in low Batman voice. Yes, dictators offer you a lesser White House pass. It's like the Gulag. (Naturally, Milbank thought "dictator" talk for Pen-and-Phone Obama was preposterous.) 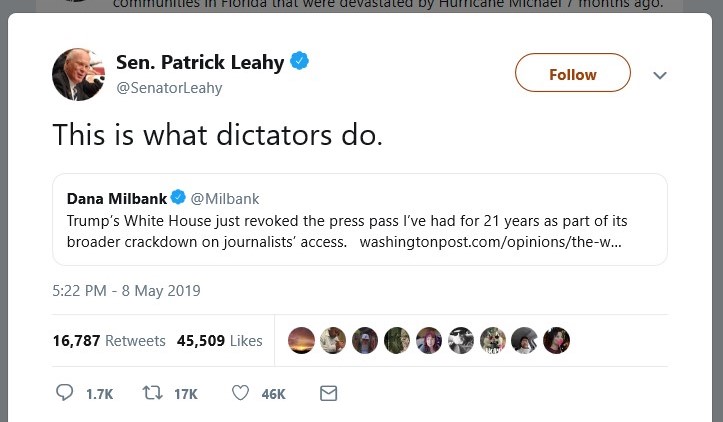