Bubonic for the Booboisie: WashPost Columnist Rants Fox News Is 'An American Plague' 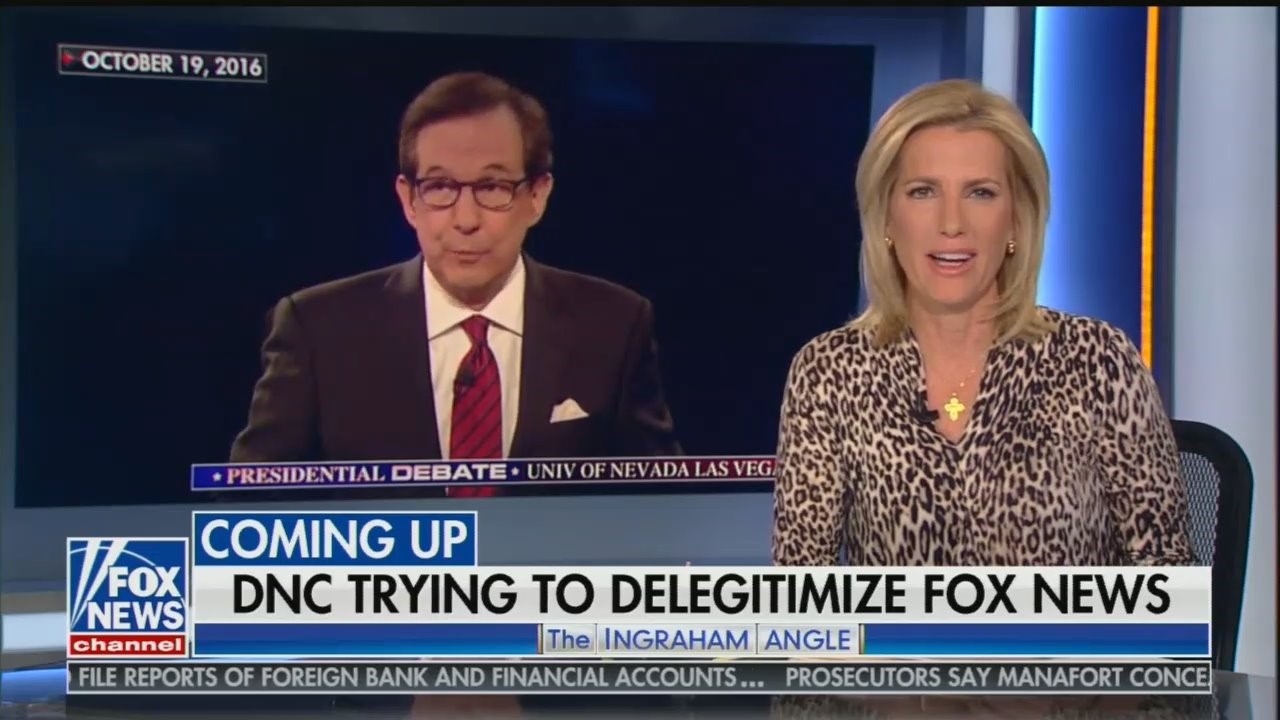 The worst problem that liberal journalists have is that mental tic that journalism equals liberalism. Conservative journalism is by definition “disinformation.” Washington Post media columnist Margaret Sullivan perfectly exemplified this tic on Friday calling Fox News a disease – an “American plague.” Isn't a deadly epidemic worse than an "enemy of the people"?

Sullivan announced that Fox’s “fair and balanced” mantra signaled bad intentions. Fox “started out with bad intentions in 1996 and has swiftly devolved into what often amounts to a propaganda network for a dishonest president and his allies.”

To conservatives, this is wild and wacky prose. What did Sullivan call ABC and CBS and NBC and PBS and CNN and MSNBC during the dishonest presidency of Bill Clinton? Defending Bill Clinton when he lied about sexing up Monica Lewinsky wasn’t “disinformation.” It was….”democracy.” That’s how liberals define their journalism. “Democracy dies in darkness” when anyone criticizes their elitist take on America.

In 2016, Sullivan was still staring at women who said they were sexually harassed or raped by Bill Clinton and disparaged them as "surreal" and "a twisted version of The Last Supper." Does that ooze #MeToo?

The Democrat ban on Fox News, to Sullivan, is “a mild, reasonable step that recognizes the reality that Fox News shouldn't be treated as an honest broker of political news. It was not censorship as some bizarrely claimed, merely a decision not to enter into a business relationship.”

Now turn that around. Removing Jim Acosta from the White House briefing room is a “mild, reasonable step” to underline CNN isn’t an “honest broker”? CNN is honest -- because CNN is liberal.

This is where Sullivan ends with the “plague” lingo:

So, yes, Fox News can continue to function as something close to Trump TV. It can go on spreading disinformation.

But everyone ought to see it for what it is: Not a normal news organization with inevitable screw-ups, flaws and commercial interests, which sometimes fail to serve the public interest.

But a shameless propaganda outfit, which makes billions of dollars a year as it chips away at the core democratic values we ought to hold dear: truth, accountability and the rule of law.

Despite the skills of a few journalists who should have long ago left the network in protest, Fox News has become an American plague.

On Twitter, liberals took this further. I couldn’t avoid “Bellamy Dryden,” who tweeted Fox was destroying families: “Elders absorbing that fear, hate 18 hours a day, to their dying breath. I liken it to the opioid epidemic.” 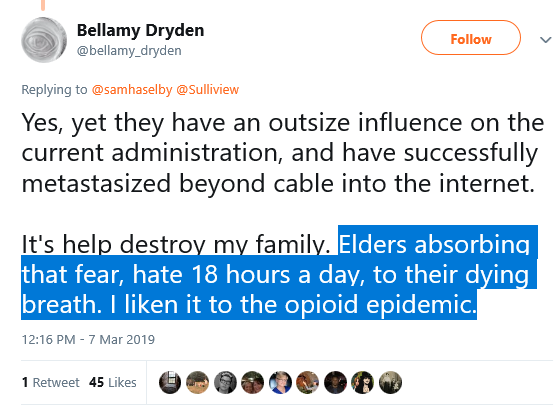 Sullivan also broke out the old, musty “shared set of facts” spin. It's not about "facts." It's about framing, which facts and interpretations should be imposed on the American people.  Whenever you hear thar phrase, think this: "the good old days when the press were all in the same progressive mind meld and could destroy Republicans without any 'disinforming' conservative alternatives."

What Fox News has become is destructive. To state the obvious: Democracy, if it's going to function, needs to be based on a shared set of facts, and the news media's role is to seek out and deliver those facts.

Most news organizations take that seriously, though they may flounder badly at times. When they do, they generally try to correct themselves - that's why you see editor's notes, lengthy corrections, on-air acknowledgments, suspensions and even firings of errant newspeople.

Not at Fox News.

The rule at Fox is to stonewall outside inquiries and to close ranks around its rainmakers.

Margaret Sullivan is the "surreal" one here. She knows full well that her newspaper under Martin Baron -- her hero -- closed its office of Ombudsman so it wouldn't have to deal with "outside inquiries" and could "close ranks around its rainmakers." She was an ombudsman at The New York Times -- and they got rid of theirs, too.

Look no further than the pathetic "Editor's Note" the Post just buried in a tiny box on an inside page to apologize for screwing up coverage of the Covington Catholic high school kids. Oops, that's not accurate -- there were no words like "sorry" or "apologize" in that note.