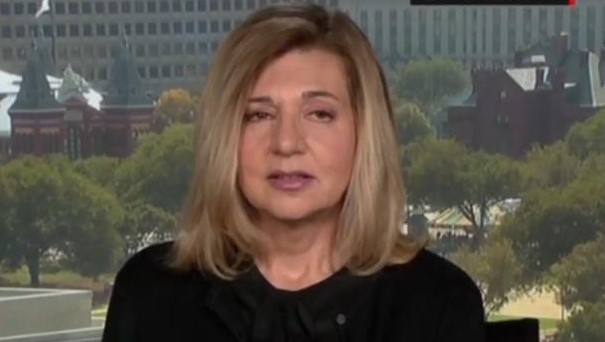 Washington Post media columnist Margaret Sullivan unloaded a Two Minutes Hate column on Trump campaign CEO Steve Bannon, which is hardly surprising. But it might be surprising that a columnist who would present herself as a feminist would automatically assume that any woman accusing Bill Clinton of sexual harassment or even rape is "truth-averse." Encouraging them to attend a debate was "surreal." What if she were one of these women, and other women called it "surreal" that she would dare to attend?

Breitbart News’s tone (and its millions of devoted followers) have come to define the tone and discourse of the Trump campaign: nasty, truth-averse and no-holds-barred. There’s Bannon to thank for much of that.

His approach certainly was on display Sunday night, particularly in the surreal gathering of women who have accused Bill Clinton of sexual misconduct, going back to the 1970s.

That pre-debate tableau in a hotel meeting room might as well have carried Bannon’s signature at the bottom. With Trump flanked at a long, narrow table by the Clinton accusers, it looked like a twisted version of “The Last Supper.” And the campaign’s chief executive could be seen in the background as it streamed to the world on Facebook Live.

So you take women like Juanita Broaddrick, Kathleen Willey, and Paula Jones, and suggest they're like a demonic version of the apostles of Jesus? And that's not "nasty" and "no-holds-barred"? Perhaps realizing how  harsh she sounded, Sullivan made a verbal head-fake of caring about these women, or women in general:

It goes without saying that women who have suffered sex crimes deserve justice and dignity. Each of these cases has been investigated, sometimes repeatedly, and settled, in one way or another. Bringing the accusers into a presidential-debate town hall was nothing but hate-theater: a counterpunch to deflect criticism of Trump’s own shameful history with women.

This is how liberals dismiss these accusers. "Someone granted you an interview on TV, the rest of us ignored it or called you trailer trash, and now you're yesterday's news." That's called "settled, in one way or another," in the kangaroo court of the liberal media. The media don't believe in justice or dignity when the accused is Bill Clinton. It's "hate theater" to even make us think about what they've suffered.

And if these Clinton accusers represent a "shameful history with women," then what does that say about Hillary? Why don't the faux-feminists in the media ever ask that for the newspaper? Has Sullivan ever spoken with these women? Or would that be a "stunt"?