Proof That Media 'Fact Checking' Is First and Foremost Trump-Checking

We've made it a routine point that the media's "independent fact-checkers" spend most of their time fact-checking President Trump, and the rest of the politicians (especially Democrats) get far less attention. This was confirmed in a recent article in the British leftist paper The Guardian. The headline on Adam Gabbatt's piece was "The 'exhausting' work of factcheckers who track Trump's barrage of lies." 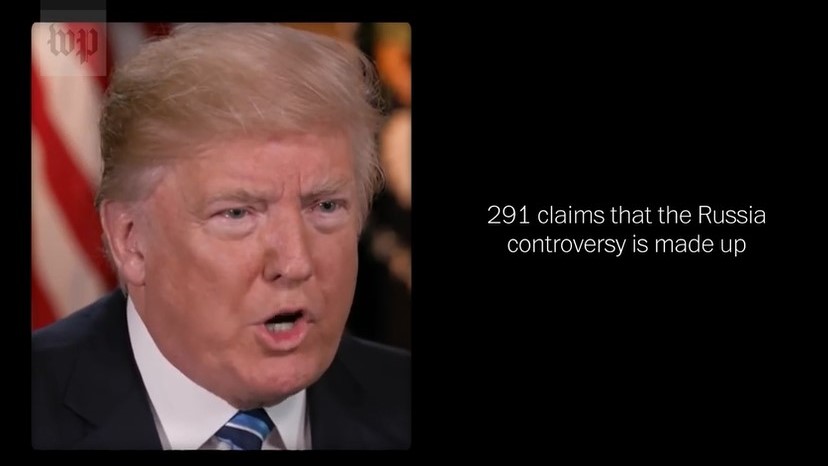 “It takes up a lot of our time just because he is constantly talking,” said Glenn Kessler, editor and chief writer of the Washington Post’s Fact Checker column. “The pace in Washington has changed. You could wake up and the president may have already had five or six tweets that cry out for fact checks.”

“It’s exhausting,” said Linda Qiu, a fact check reporter for the New York Times. “But the nice thing is President Trump repeats himself a lot. In that aspect it’s easier because it’s easy to factcheck.”

Qiu says she tries to watch everything Trump does. She will also read transcripts, and watch all the morning TV shows, and of course, read his numerous tweets.

The constant barrage takes its toll. Late nights and long weekends have become the norm among the political factchecking community. Qiu took a two-week vacation in April, and on her return Trump had churned out a new slew of untruths for her to catch up on.

The pace has been relentless since Trump’s victory.

“We haven’t had a break,” said Eugene Kiely, director of FactCheck.org, the non-partisan site which aims to monitor and correct “deception and confusion” in politics….

So if these websites want to be perceived as "nonpartisan," won't that be difficult if the overwhelming target of your checking is a Republican president? Kessler said “It was more difficult to fact-check Obama because there was always a modicum of truth there. You ended up going way down in the weeds with officials who were highly knowledgable and wanted to defend their case. With Trump a lot of times the White House won’t defend what he’s saying because they have no defense.”

Someone should ask Kessler: How much time do you think the president has, when you're tagging him with 15 "false claims" a day?

Qiu added “Someone like Ted Cruz had a lot more finesse and the factchecks would take longer because he was a much more skilled spinner.”

Trump is probably the most famous liar in America. And covering him is arduous work. But the factchecking community could take some solace in that he appears to be unique in his ability to churn out falsehoods at such a pace.

“There’ve been some politicians that were fast and loose with the truth. But not like Trump,” Kessler said.

“And the ironic thing is 30 years ago I worked in New York covering finance. And he was exactly the same. Nothing has changed.”