The Washington Post's attempt to dismiss corrections of the Covington Kids as the invasion of a "pro-Trump internet" caused a serious pushback on Twitter. CNN analyst Kirsten Powers faced fury for tweeting: "This ⁦@washingtonpost⁩ story captures the real lesson of this episode—don’t succumb to orchestrated harassment campaigns against journalists."

Conservatives especially mocked the Post use of "pounced." A story by digital media reporter Abby Ohlheiser and media reporter Paul Farhi was headlined "A viral story spread. The mainstream media rushed to keep up. The Trump Internet pounced."

If the Post truly wanted to live up to the sloganeering of their media columnist Margaret Sullivan -- that they are the "reality-based press" -- then why lament that reality caught up to the inaccurate first draft? They acknowledge it was all wrong at first: 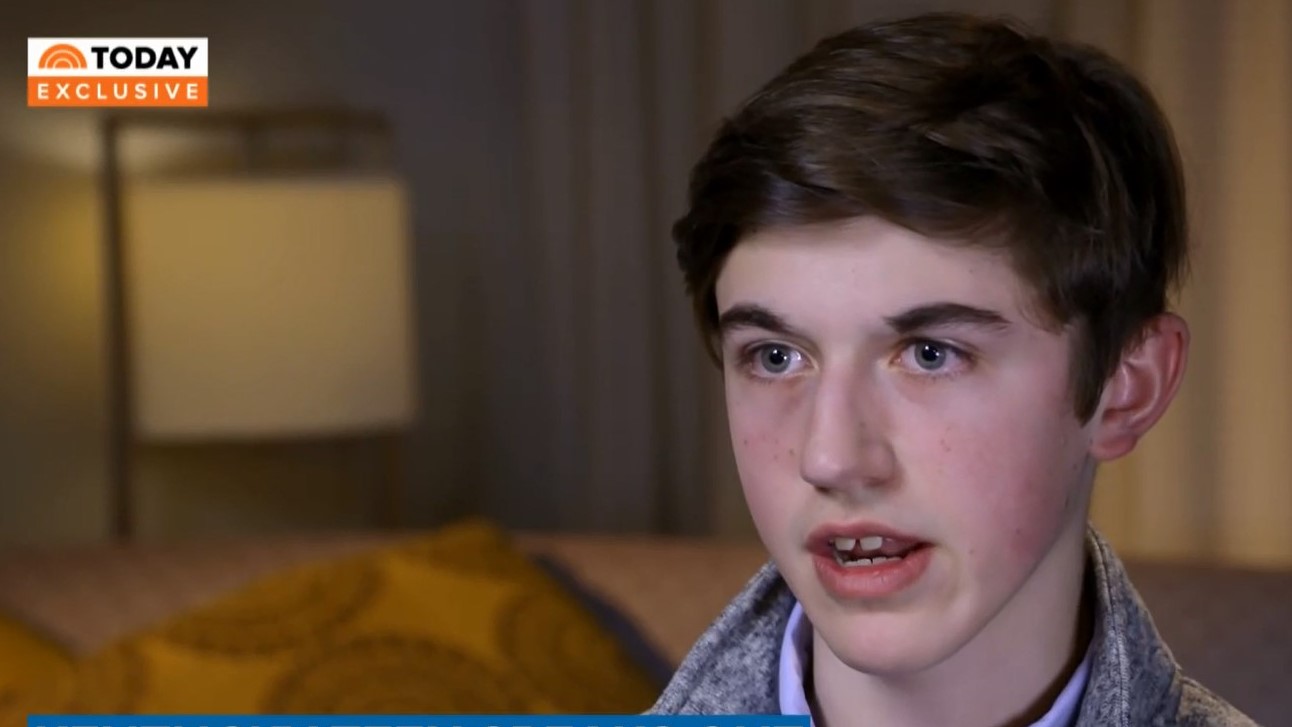 It took close to 48 hours for reporters, and a divided America, to fully grasp what had occurred, and to whom. At that point, President Trump weighed in with a tweet supportive of the Covington schoolboys, kicking the dust cloud up anew. …

Those who shared the video in those first 24 hours, including many conservatives, seemed to feel it was emblematic of the vitriol and racism that drives the worst of American culture. But when new details shifted the story into more ambiguous territory, a well-oiled machine of pro-Trump personalities and sites saw an opportunity to strike....

Now, a new viral outrage emerged. This time the villain of the story was the news media.

That outrage came from a parallel universe online, one that has been waiting for a moment like this. The pro-Trump Internet has, for years, worked to create a media environment that is designed to destroy the traditional news media and replace it.

“Post journalists worked diligently on Saturday and Sunday to present the facts of the incident as we learned them,” Cameron Barr, managing editor of The Post, said in a statement. “This was a complex encounter involving many people with sharply different perspectives — we reported what we could verify by talking to participants and witnesses and examining the available video. As is often the case, reporting over time allows a more complete picture to emerge."

But their first story on Sunday had three reporters but only one perspective -- a sappy narrative spun by Nathan Phillips, whom they wrongly reported "fought in the Vietnam War." This was the one-sided narrative that conservatives decried. These are the "facts" as Barr claimed:

The images in videos that went viral on social media Saturday showed a tense scene near the Lincoln Memorial.

In them, a Native American man steadily beats his drum at the tail end of Friday's Indigenous Peoples March while singing a song of unity urging them to "be strong" in the face of the ravages of colonialism that now include police brutality, poor access to health care and the ill effects of climate change on reservations.

Surrounding him are a throng of young, mostly white teenage boys, several wearing "Make America Great Again" caps, with one who stood about a foot from the drummer's face also wearing a relentless smirk.

Nathan Phillips, a veteran in the indigenous rights movement, was that man in the middle.

In an interview Saturday, Phillips, 64, said he felt threatened by the teens and that they suddenly swarmed around him as he and other activists were wrapping up the march and preparing to leave.

Phillips, who was singing the American Indian Movement song that serves as a ceremony to send the spirits home, said he noticed tensions beginning to escalate when the teens and other apparent participants from the nearby March for Life rally began taunting the dispersing indigenous crowd.

"It was getting ugly, and I was thinking: 'I've got to find myself an exit out of this situation and finish my song at the Lincoln Memorial,' " Phillips recalled. "I started going that way, and that guy in the hat stood in my way and we were at an impasse. He just blocked my way and wouldn't allow me to retreat."

So, he kept drumming and singing, thinking about his wife, Shoshana, who died of bone marrow cancer nearly four years ago, and the various threats that face indigenous communities around the world, he said.

"I felt like the spirit was talking through me," Phillips said.

The encounter generated a wave of outrage on social media less than a week after President Trump made light of the 1890 Wounded Knee massacre of several hundred Lakota Indians by the U.S. Cavalry in a tweet that was meant to mock Sen. Elizabeth Warren (D-Mass.), who Trump derisively calls "Pocahontas."

In a statement, the Indigenous Peoples Movement, which organized Friday's march, called the incident "emblematic of our discourse in Trump's America."

"It clearly demonstrates the validity of our concerns about the marginalization and disrespect of Indigenous peoples, and it shows that traditional knowledge is being ignored by those who should listen most closely," Darren Thompson, an organizer for the group, said in the statement.

"To see a group of students from a Catholic school who are practicing such intolerance is a sad sight for me," said Haaland, who is Catholic.

Earth to Cameron Barr: You flunked in quoting both "sharply different perspectives." You only picked the one you liked...and mocked the ones who don't agree with you.

Their second "oops, it's more complicated" story on Monday only quoted from a written statement from Nick Sandmann. Somehow a paper with the backing of billionaire Jeff Bezos couldn't find a single Covington participant to interview for two days.

That's all easy pickings for the "pro-Trump Internet."