BuzzFeed News was tattling on some shady business by The New York Times in a story headlined "A NY Times Reporter Spoke At An Event Organized By Alabama Dirty Tricksters." 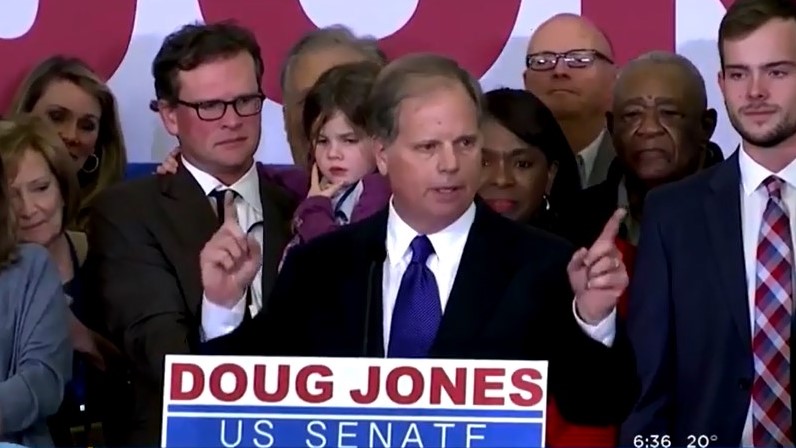 Craig Silverman reported that Times correspondent Scott Shane spoke at an event organized by a leftist group who ran a Russian-style disinformation operation aimed at helping Democrat Doug Jones defeat Roy Moore in an Alabama special election for the Jeff Sessions Senate vacancy a year ago. Ultimately, Shane blew the whistle on these "dirty tricksters" on the front page on December 20, though the Times warned it was "likely too small to have a significant effect on the race." Liberals don't tend to say that about Russian engagement efforts in the 2016 presidential election.

But if the media really hate online disinformation campaigns, they should hate them no matter who benefits. But how many national TV networks have picked up the Scott Shane story? ABC, CBS, NBC, and PBS don't seem to have noticed. CNN ran one brief story on New Day on December 28. NPR asked Sen. Jones about it at the end of a December 29 Weekend Edition Saturday interview.

Shane was invited in September to speak to American Engagement Technologies, founded by former Obama aides, to expand on what he knew about Russian disinformation operations. Shane claimed he didn't know about the dirty tricks in Alabama ("Project Birmingham") when he accepted the speech offer. But at the meeting, the AET folks explained how they used social media to turn out Democrats and suppress Republican votes.

Shane told BuzzFeed News he did not know anything about Project Birmingham prior to accepting an invitation to speak about Russian disinformation at the AET event.

“It was basically a bunch of people getting together to talk about disinformation,” he said. “Part of the reason I agreed to speak, and somewhat reluctantly sign the NDA [non-disclosure agreement], is I was told by the organizer that I could follow up with any of the people on any of the projects after the meeting.”

Shane said it wasn’t necessary to disclose to readers that he previously spoke at a meeting organized by people behind Project Birmingham.

“I don’t think there’s any kind of disclosure that’s relevant, though I’m happy to be corrected,” he said. “If you’ve been to meet with intelligence or defense officials at an off-the-record meeting … it’s always a trade-off as to what the ground rules are versus whether you get something useful for your readers. And in this case I did get something useful.”

Shane said he followed up with people after the meeting to obtain information about Project Birmingham on the record so he could write a story.

It's always amusing to hear of reporters signing non-disclosure agreements, since they're supposed to be all about disclosure. It's this kind of back-room wheeling and dealing that reporters do in the shadows that makes them look like hypocrites when they claim they are the biggest promoters of "transparency."