FLASHBACK: In 1998, Journalists Hated the Idea of Impeaching a President 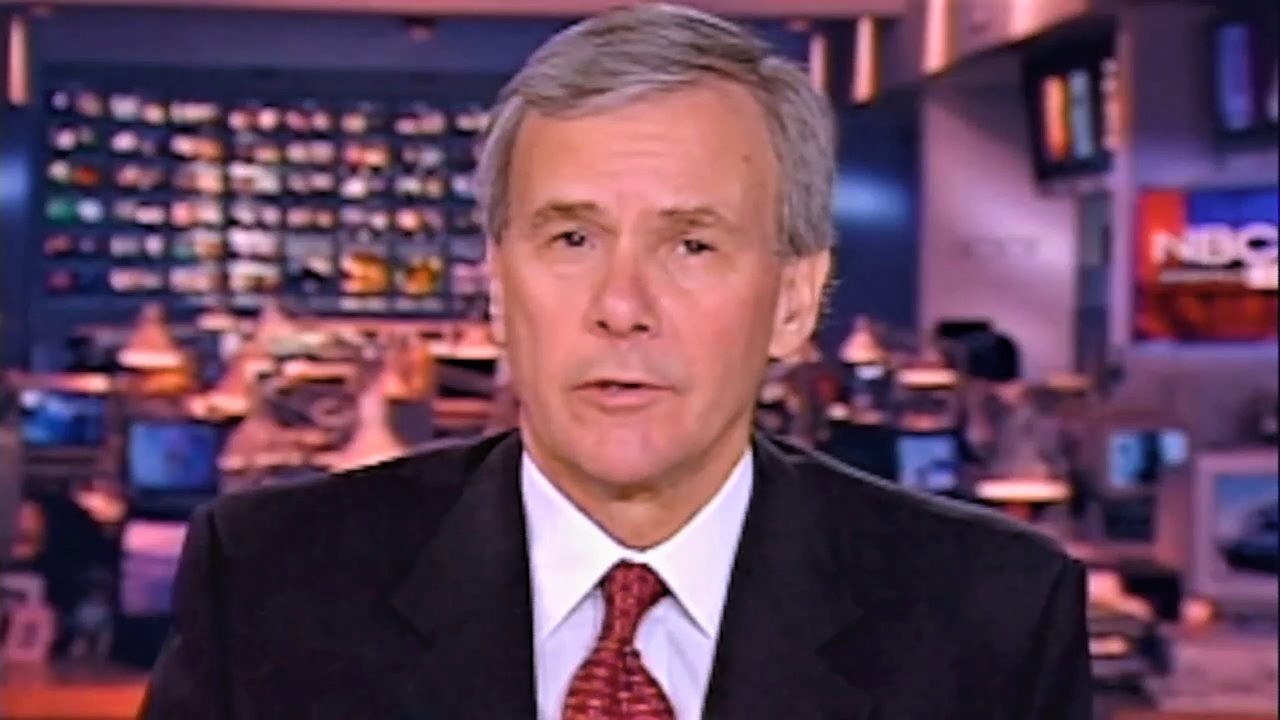 Twenty years ago, on December 19, 1998, the House of Representatives voted to impeach President Bill Clinton on two counts: perjury to a grand jury, and obstruction of justice. Back then, the liberal media howled about its injustice and since Clinton had a high approval rating, they insisted it would damage the Republicans for years to come. Keep these quotes in mind if the new Democratic majority in the House moves to impeach President Trump.

Morons! Near the end of his 1990s run on CBS on the Late Late Show, in the early hours of December 18, Tom Snyder discussed impeachment with liberal historian Douglas Brinkley and Eleanor Clift of Newsweek. After Clinton complained about Republicans ignoring the polls, Snyder retorted: "I love it when these guys say, you know, we know the American people don’t want us to do this, but we have to answer the call of the Constitution because we're great patriots. They’re morons, for God's sake!"

Disgrace! A week earlier on The McLaughlin Group on December 12, Eleanor Clift wailed: "Frankly, if the Republicans want to go ahead and do this, I think they disgrace themselves in a more profound way than President Clinton has by abusing the machinery of impeachment, knowing full well that the Senate will hold a sham trial and they will be, in effect, delivered of this ridiculous conclusion they've come to."

Insanity! On the TV talk show Inside Washington on December 19, NPR legal reporter Nina Totenberg wanted to break out the straitjackets: “Didn't I say to you that we are marching off the cliff? Reason tells you we should stop this and get on with the business of governance. But, there is precious little. I mean, I spent most of today and yesterday half on the phone while I was covering this thing, with Senators Republican and Democratic, and at the moment everybody's fondest hope is that the two week hiatus, between now and the new year, in that period impeachment will sink in and sanity will prevail and we'll avoid a trial. But there are a lot of people that don't want that to happen.”

Fellow panelist Charles Krauthammer did note: "If you’re Clinton, it’s a cliff. If you’re an American, it’s not a cliff."

GOP Disaster! After CBS Evening News anchor Dan Rather touted President Clinton’s 73 percent job approval number, contrasting it with a 59 percent unfavorable rating of Republicans, reporter Wyatt Andrews picked up: "The jury in America has reached its decision. The President is on trial, the Republicans have been found guilty." Andrews relayed how the CBS poll found 63 percent believe Republicans acted mostly "to damage Bill Clinton" while only 34 percent said they acted mostly because the "charges were serious." Andrews asserted: "What's happened is a severe Republican backlash, the worst GOP rating recorded in 14 years."

WOMAN: It’s sad, it’s really sad because it's a lot of other things going on in the world that needs attention besides this.

JUDY MULLER: At a nearby flea market, Athelia Ariano (sp?) says it reminds her of a coup in her native Guatemala.

ARIANO: "We like him. He's doing a good job. Why do Congressmen don't listen to the people?"

MULLER: And so a lot of people see no point in listening to Congress....Sadness, anger, futility. And a grim determination to get on with the holidays.

On December 21, NBC Nightly News ended with reporter Jim Avila on the disconnect between Republicans and the public:

AVILA: Across the country, from New York City Christmas shoppers --

MAN: It's kind of taken a little bit away from the holiday spirit.

AVILA: – To the boardwalk along LA's Venice Beach.

MAN: I'd just like to see the process go as quickly as possible so we can get on with our lives. 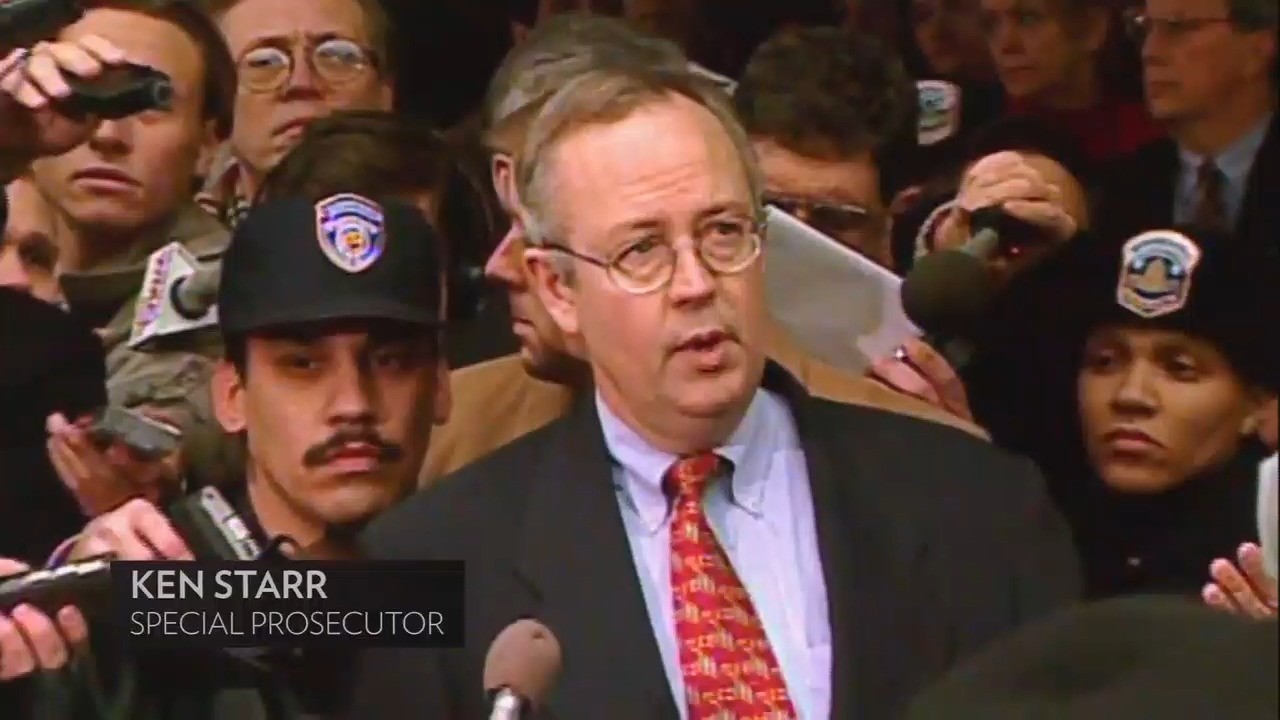 Porny Ken Starr! A week later on CNN’s Capital Gang on December 26, Margaret Carlson of Time lamented: "Adultery as a killer issue will haunt politics for years to come. Now we have [Penthouse magazine publisher]  Larry Flynt following on the heels of the tabloids, the press and Ken Starr. What's kept Clinton in office is partly the fear of Starr, who’s Flynt with subpoena power and a grand jury. People don't want their government going into a person's sex life, no matter how reprehensible. Sticking with marriage is the right thing to do but not because Larry Flynt or the government is waiting to humiliate you if you don't."

Lauer and Letterman on Office Adultery? CBS Late Show host David Letterman, exposed (after being blackmailed) for having an office affair with his aide Stephanie Birkitt, tried to force ABC’s Barbara Walters to profess her liberal opposition to the impeachment. She was trying not to indulge. Letterman turned the conversation to the “reprehensible behavior” of  Linda Tripp, who talked Monica Lewinsky into taping her phone calls with Clinton: “There are people who believe that she’s actually a hero, people, I’ve actually heard them say that Linda Tripp is a hero. I just think that if there’s more reprehensible behavior in the name of friendship, let’s see it. I don’t believe it exists.”

On the December 21 Today, NBC’s Matt Lauer turned to former Democrat House Speaker Jim Wright, who resigned under corruption charges in 1989: "Speaker Wright, let me start with you. When you resigned nine years ago, you had been battered by the right. You called for an end to what you called 'mindless cannibalism.' Nine years later we're hearing terms like that again and others swirling around the impeachment of Bill Clinton. Have we learned nothing in nine years?

He also asked: "Speaker Wright, during McCarthy's sort of communist witch hunt, the really turning point was when one person being grilled by the Senator said 'do you have no decency.' Do you see anybody with the credibility in Washington right now to ask that same question?"

Who were Letterman and Lauer to pose in favor of decency?