Five years ago, just weeks after Martin Baron took over as Executive Editor of The Washington Post, the newspaper canceled the position of Ombudsman, who brought reader concerns back to the news room. Every once in a while -- as in once a year or so, depending on who was serving in that position -- the reader's advocate would address complaints of liberal bias. 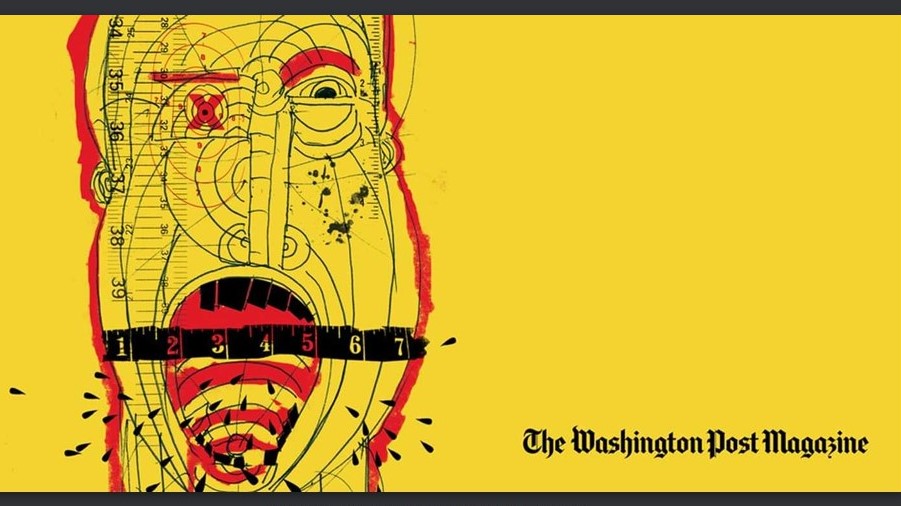 Now, the Washington Post Magazine is examining how their liberal articles aren't liberal enough. In Sunday's issue, reporter David Montgomery wrote for a "Let's Talk" feature about how ex-conservative Bruce Bartlett complained on Twitter about his November 11 cover story on the leftist Southern Poverty Law Center. “There are a gazillion right-wing hate groups out there, so the ‘liberal’ Washington Post decides to attack the one group that is not afraid of them, calls them out, labels them as hate groups.”

Montgomery professed surprise that Bartlett saw the article as an "attack," and he was right. If you were the SPLC, this article underlined all your programs about "tolerance" and "hate" and your newfound popularity in the Trump era. But it also allowed SPLC's newly designated "hate groups" to speak for themselves. The article opened with Gen. William Boykin recalling how a wannabe assassin armed with an SPLC "hate map" came to the Family Research Council in 2012 hoping to murder the "haters" inside.

“We and others like us who are on this ‘hate map’ believe that this is very reckless behavior," Boykin said about the SPLC. "The only thing that we have in common is that we are all conservative organizations.…But listing us as a hate group is just a step too far because they put us in the same category as the Ku Klux Klan."

I spoke to Bartlett to hear more about his critique. He told me my theme “was a perfectly valid area of inquiry” but argued that I’d missed the bigger picture: “I’ve been concerned about the rise of right-wing militancy, terrorism, whatever you want to call it, for some time, and it frustrates me that the mainstream media doesn’t seem to pay as much attention to it as I think they should. And here you’ve got the Southern Poverty Law Center, which I think is really an outstanding organization — is one of the very few ones out there battling these people on a day-to-day basis. And I think they show a lot of courage in not pulling their punches the way so many other organizations do. ... And I just thought, jeez, of all the groups to criticize.”

Translation: If a group are designated as the "good guys," you don't spend any time with their designated "hate groups" to get their side of the story. In Bartlett's view, it's the media's job to go after "right-wing groups" and undermine them. You don't do this "fair and balanced" junk and examine anyone on the Left who's showing "courage" in taking conservatives apart. Montgomery concluded:

I appreciated Bartlett’s points. For me, our conversation underscored how readers expect journalists to show awareness of what lies beyond a story’s frame — and today, that broader context includes a rising tide of hate sweeping the country. At the same time, I would argue that this context shouldn’t prevent us from writing other, less predictable stories — in this case, about a valued watchdog whose definition of hate is nevertheless worthy of examination and debate.