On Thursday's All Things Considered, this racial gaffe was very Fox-like: 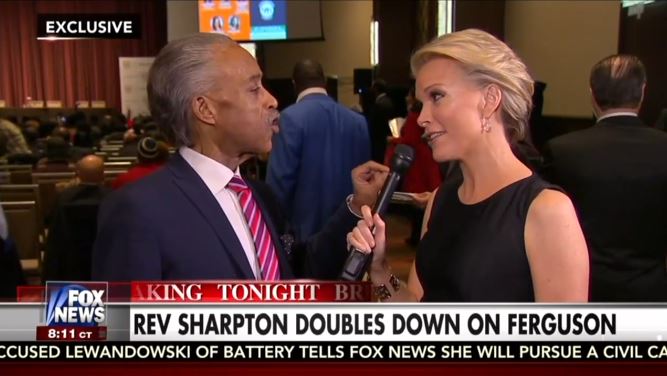 FOLKENFLIK: First off, it tapped in as well to her own history in terms of remarks on race from her days as a Fox News host, a much sharper-edged Fox News host. She had insisted that both Santa Claus and Jesus Christ were white back in 2013. She said she regretted that last year, once she was at NBC. But also, her show has been ailing. It's had rather tepid ratings.

In addition, she was paid an extraordinary amount of money for the thing. And she really took on a lot of fire as a figure who brought on ideological baggage, who brought Fox News baggage and, it turned out, didn't bring a whole lot of success at the box office.

"Fox News baggage"! From a liberal view, you can understand the burden of all that liberal fear and loathing of Fox inside NBC. On Friday's Morning Edition, Folkenflik dug deeper into the alleged horrors:

NOEL KING, anchor: Tell us about her history of making racialized comments.

FOLKENFLIK: Well, these aren't the only examples. There are a number. I remember the Santa/Jesus comments back from 2013. She later said she'd been joking and last year claimed that she regretted those remarks. But I remember back in 2010, she spent a fair amount of time on a tiny, tiny hate group -- black hate group called the New Black Panthers. One, I believe, of them ultimately faced criminal charges related to voter intimidation. She spent over 3 1/2 hours in a three-week period focusing on it as though it was a threat to the republic. And indeed, as one of her former colleagues recounted, basically yelled at a white liberal strategist for about 10 minutes, who she felt was failing to take it sufficiently seriously.

(Unlike the liberal networks, who never focus on "tiny tiny hate groups" like the militias, or David Duke, as a threat to the republic!)

FOLKENFLIK: One more example, among several -- she kept inviting the former L.A. homicide detective Mark Fuhrman on the air, to talk about criminal justice issues and to talk about the question of African-American relations with police officers. He, of course, had to admit on the stand he had said racist things over the years during the O.J. [Simpson] trial. Many people saw that as a discrediting thing. She welcomed him on the show.

Folkenflik sounded like he was cribbing from a Jamelle Bouie piece at Slate titled "Megyn Kelly is a racial demagogue."

Well, here's the funny part. How did Folkenflik cover the racial demagogue Al Sharpton at MSNBC? Didn't he  have "baggage"? In a puffy 2011 story, he noted "Some black journalists questioned the choice, but that's died down, and Sharpton says he wants a hearing for racial justice and the plight of the working and middle class on TV."  This is how NPR unhooked Sharpton's baggage: "He has since calmed down, slimmed down, adopted business suits and he has become an influential figure in Democratic circles."

Folkenflik concluded like an NBC publicist: "MSNBC's [boss Phil] Griffin says he wasn't hiring the Al Sharpton of the Tawana Brawley or Crown Heights controversies. It's a new chapter, he says, for a new Sharpton."