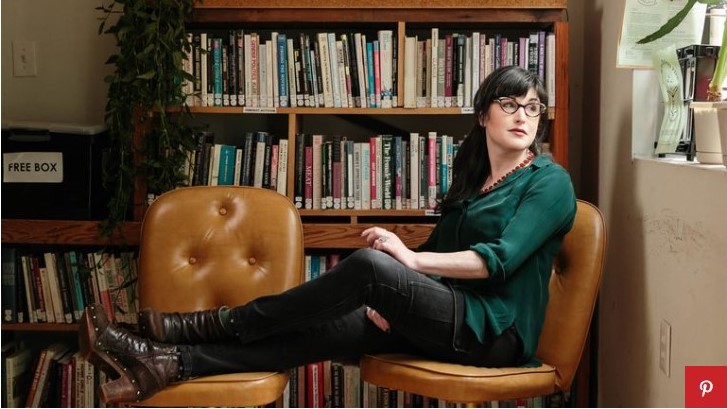 Sunday's Washington Post didn't just include Kathleen Parker's defense of Lindsey Graham. The paper also made space for Andi Zeisler,the co-founder of "Bitch Media" -- which sells "Filled With Rage" mugs -- to insist Kavanaugh is guilty, guilty, guilty based on 1980s teen comedies and knee-jerk assumptions that every accuser is "resonant."

The headline was "When men bond over the sexual humiliation of women." Zeisler wasn't interested in witnesses -- who needs witnesses? Every Kavanaugh accuser was a victim, no questions asked:

So while the tale of a 17-year-old boy chasing a 15-year-old girl into a bedroom, pinning her down and clamping his hand over her mouth as he inelegantly tugs at her clothes is bad enough, the real animating cause is the other boy in the room, egging him on and laughing. For women who’ve experienced something like them, the stories of Ford, Deborah Ramirez, Renate Schroeder Dolphin and Julie Swetnick don’t sound like simple youthful indiscretions, but rather like sickening visceral reminders of a time when our fear and pain were compounded by the snickers and cheers of those who witnessed it as entertainment. The smarmy references to “Renate Alumnius” on the yearbook pages of Kavanuagh and his friends; the laughter surrounding Ramirez, already an outsider among her Yale peers, as Kavanaugh allegedly wagged his penis in her face — these stories have been resonant for many women who have had their own bodies, fears and struggles to get away witnessed as entertainment.

If you grew up immersed in the popular culture of the 1980s, it was entertainment. There were countless teen comedies, blurred together in an almost indistinguishable mass, about horny,unfulfilled boys whose journey to manhood inevitably included th sexualized humiliation of their female peers. [Italics hers.]

Zeisler then listed films like Porky's, Private School, School Spirit, Getting It On, Sixteen Candles, and Revenge of the Nerds. It would hardly be admissible in court that Hollywood was enough to convict Brett Kavanaugh. Insisting on evidence or witnesses or less partisan timing is callous:

Brushing off the allegations against Kavanaugh as bogus political gamesmanship downplays the ubiquity of sexual humiliation — of women, but also of lower-status men or those perceived as insufficiently masculine — baked into the tribalistic cultures of athletics, fraternities, the military and more. It also ignores an obvious question: What does it mean for a man who is accused not only of violating his female peers, but also of finding those violations hilarious, to fill a crucial vacancy on the Supreme Court?

The effort expended to portray Kavanaugh as a good man, a trustworthy coach to the girls basketball team at the Blessed Sacrament School and a dependable carpool dad seemed performative from the start. The alleged ugliness now seeping from the past plants a bright red flag on all that. I imagine those ponytailed, plaid-jumpered girls struggling to reconcile the “Coach K” they know with the boy being described by a growing number of women: one to whom girls were fodder for dirty jokes. And I imagine new generations of boys, already conditioned by a culture that rewards them for conforming to a narrow masculine ideal, looking to men who secured their leadership roles despite — and possibly because — they knew that strong bonds can be made stronger at the expense of women.

That's a lot of imagination, and not a lot of facts. Zeisler wouldn't make an ideal juror. She recently tweeted "can we just suspend men for a while"?