Why Are Fact Checkers Singling Out California's Republican Underdog?

Republican John Cox is the dictionary definition of an underdog in the California governor's race against liberal Democrat Gavin Newsom. On average, he's down 29 points in the polls. So why are the "fact checkers" focusing on him? Bill Zeiser, editor of the Real Clear Politics Fact Check Review, noted both PolitiFact and The Washington Post are trying to pick apart Cox's claims.

The Cox campaign supplied PolitiFact with two polls it took asking "Over the next few years, how likely is it that you would move out of state?" The June poll showed 21 percent answered "very likely" and 29 percent "somewhat likely" for a total of 50 percent. The August survey totaled 52 percent for those answers.

So Cox accurately described his own polling. But PolitiFact ruled "Half True" -- because other polls with larger samples had somewhat different numbers. The Cox polling is not "settled fact."  So wait -- if Newsom went on CNN and said "our research says I'm winning," that would be "Half True" if the CNN poll has different numbers?

PolitiFact's other polls asked slightly different questions. The Public Policy Institute of California found that the state’s housing costs are so high that 44 percent of residents are seriously considering moving from their current location, with 33 percent interested in leaving the state altogether. Another, from UC-Berkeley, found that 56 percent of respondents had considered moving due to housing costs, with 27 percent interested in leaving the state. So don't these polls still make a strongly negative point about California?

Two questions arise from this determination. First, the other polls probing Californians’ view of their housing woes were focused more narrowly -- and are not necessarily in conflict with Cox’s survey. Second, the candidate’s caveat limited the scope of his claim. He referred only to his own campaign’s research. He was not offering a summary of every poll ever conducted on the issue. He was not even offering a guarantee on the methodological soundness of his own campaign’s survey. He was simply stating that his own research shows that half of Californians want to leave. Which apparently, it does.

Nichols could just as easily have rated Cox’s claim as “True,” based on the bare facts, or even as “Mostly True,” given the wrinkle of other surveys with larger sample sizes. Instead, he made Cox out to be half a liar. 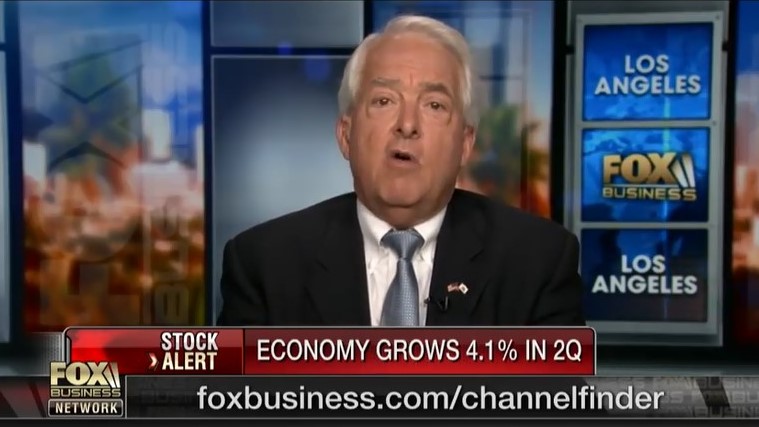 Zeiser was more appreciative of The Washington Post "fact checker" Glenn Kessler, who explained up front just who spurred him to review Cox's claims about his childhood with a single mother on the south side of Chicago: "Fact Checker reader Michelle Pettigrew, an assiduous researcher who lives in California, was skeptical. She started digging into records and newspaper clips and suggested Cox’s oft-repeated line was due for a fact check.”

He disclosed that “Pettigrew has donated to Newsom’s campaign and hosted a fundraiser for him.” Kessler didn't issue a "Pinocchios" rating, just sent a "Not the Whole Story" warning. But the Post published this article in the Sunday paper on September 2, while most Fact Checker articles don't get that wider play.

And surprise, surprise: a Nexis search for "Glenn Kessler" and "Gavin Newsom" in the previous five years only brings up this Cox article. He's never fact-checked Newsom.

What makes this whole Cox evaluation outrageous is that the Post failed to publish information from their own editor David Maraniss, an "assiduous researcher" of Obama, when he was up for re-election. In his 2012 book Barack Obama: The Story, Maraniss fact-checked Obama's memoir Dreams from My Father, and noted some inaccuracies in his biography. In Obama’s mythical version, “the family breach did not occur until 1963, when his father left the island. That version of events is inaccurate in two ways. The date: his father had gone from Hawaii in June 1962, less than a year after Barry was born, not 1963. And the order: it was his mother who left Hawaii first,” leaving for Washington state less than a month after Barry was born.

We have rated the PolitiFact "fact check" as Deeply Distorted. For similar analyses, please visit our Fact-Checking the Fact-Checkers site.