New York Times "fact checker" Linda Qiu is the latest example of knee-jerk defense of the Democrats masquerading as a truth-cop ticket on a Trump tweet. The president tweeted:

Democrats are so obviously rooting against us in our negotiations with North Korea. Just like they are coming to the defense of MS 13 thugs, saying that they are individuals & must be nurtured, or asking to end your big Tax Cuts & raise your taxes instead. Dems have lost touch!

Democrats have neither cheered on Mr. Trump’s withdrawal from a summit with the North Korean leader, Kim Jong-un, nor defended the violent gang MS-13.

So no one could find an example of Democrats defending MS-13 as not "animals"?

In Qiu's own "fact check," she thinks she's helping by noting that Pelosi said Trump's overtures to the North Korean dictator are legitimizing him. (That sounds to many like "rooting against us" in Korea talks.)

In a news conference on Thursday, Ms. Pelosi said the “big winner” of the canceled summit was Mr. Kim. She said the North Korean leader was legitimized by Mr. Trump’s overtures. But she nonetheless expressed disappointment at the turn of events.

Qiu also sounded like Pelosi's press secretary on the MS-13 charge. Pelosi says murderous gang members have a "spark of divinity, dignity and worth," but somehow that's not to be interpreted as defending gangsters? 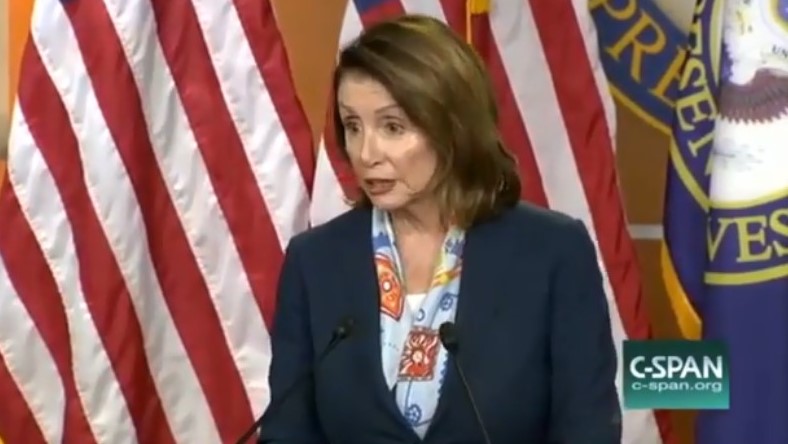 In a May 17 news conference, Ms. Pelosi criticized Mr. Trump’s use of the term “animals.” The president and the White House maintain he was referring specifically to MS-13 members. Others — like Ms. Pelosi and many Democrats — interpreted his comments more broadly.

Here’s what Ms. Pelosi said: “When the president of the United States says about undocumented immigrants, ‘These aren’t people, these are animals,’ you have to wonder, does he not believe in the spark of divinity, the dignity and worth of every person? ‘These are not people, these are animals.’ The president of the United States.”

Ms. Pelosi did not defend, or even mention, MS-13 or gangs. She clearly said she objected to the term “animals” used to describe undocumented immigrants.

Because Mr. Trump phrased his initial May 16 “these are animals” comment ambiguously, he left room for interpretation. Democrats have been precise [!] in their criticism of his comments: They object to using the term to describe immigrants, not MS-13.

Earth to Qiu & Co.: This is why people criticize "fact checks." This is an interpretation check. You suggest that it's fair for Pelosi to "interpret broadly," and "FALSE" when Trump "interprets broadly" in return. To claim "Democrats have been precise" in exaggerating Trump's comments beyond MS-13 to all "immigrants" is to sound like a paid spokesman for the Democrats.

We have rated this New York Times "fact check" as Deeply Distorted. For similar analyses, please visit our Fact-Checking the Fact-Checkers site.