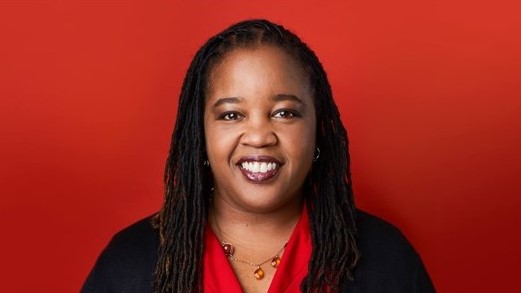 The national media love to preach about how everyone needs to offer more transparency -- to the media, since they always represent the public interest. That’s why it’s amusing to see them refuse to be transparent on a controversial matter like hiring minority journalists. The Left is not going to be happy if they report on themselves. They're going to be judged as too white, too male.

Farai Chideya, a black former Newsweek reporter and NPR host now serving as a Joan Shorenstein Fellow at Harvard, has been compiling a report on the state of diversity in American newsrooms. Do the liberal media practice what they preach? Nieman Lab reported what followed, a bad case of media lockjaw:

As part of her research, Chideya reached out to 15 news organizations asking for race and gender breakdowns, specifically of newsrooms’ 2016 political reporting teams. She only heard back from four of them with the data she’d requested: USA Today, The New York Times, NPR, and The Washington Post. BuzzFeed, which has disclosed its diversity numbers in previous years, didn’t provide data to Chideya. NBC instead provided diversity numbers for its parent company, Comcast. The Wall Street Journal and CBS declined to provide data.

The New York Times also took the prize for having the highest percentage of males on their political reporting staff: it split 70-30. Public broadcasting tilted the other way: only 40 percent of NPR’s politics team was male, and only 42 percent of the entire editorial staff of the PBS NewsHour was male.

One can guess that the executives of these media enterprises feel they have been heroically expressive in their sympathies for minorities in their reportage, that they endeavor daily to point out what horrible racists and sexists Donald Trump and the Republicans are on everything from immigration and abortion.... to what they call "affirmative action." But they're not heroically expressive when they are the ones being evaluated for failing liberal expectations.

Fourteen of the 15 avoided putting anyone on the record about their personnel matters. The exception was USA Today. Lee Horwich, managing editor for government and politics, declared “I think that 2020 is going to pose a huge challenge for political journalists. I think that it is vital that we have an understanding of the diversity of staff that we need to approach these problems. But not just that, regardless of race/gender/ethnicity of journalists, we need to be reflective of the diversity of the electorate and of the country as a whole, and explain and understand what those people are saying and demanding.”

Psst: to look objective, do you need to reflect the ideological diversity of the electorate?

Horwich even suggested media outlets could be punished at awards time for failing to be transparent about their hiring practices: "For instance, the Pulitzer, duPont and other major news prizes could require public disclosure of diversity metrics as a qualification for acceptance of the prize."

That would serve liberal media outlets right. Can they dish it out on race, and not take it?