FLASHBACK: When an Ex-FBI Director Scolded a Democratic President as an Immoral Disgrace

Given the way the liberal networks are salivating over James Comey's new book, you'd think it would be huge news whenever an ex-FBI Director excoriated a President as an immoral "disgrace." But in October 2005, the networks barely noticed Louis Freeh's book scolding Bill Clinton's sleazy misconduct.

On October 9, Freeh was granted 13 minutes from CBS's 60 Minutes, one of the few programs to give his narrative much attention. Correspondent Mike Wallace read from Freeh's book: "Whatever moral compass the President was consulting was leading him in the wrong direction. His closets were full of skeletons just waiting to burst out."

Wallace narrated: "Freeh thought Clinton disgraced the presidency. Clinton felt Freeh was out to get him and that Freeh was an insufferable Boy Scout."

He even asked Freeh: "I'm told that relations got so bad between you and Bill Clinton that his former chief of staff, John Podesta, says that Mr. Clinton always referred to you as that 'F-ing Freeh,' as though your first name was F-ing."

This interview did not dominate the network newscasts. On CBS, it was teased on the preceding Friday (October 7) on Early Show, but looking at Nexis, it doesn't look like any CBS program covered him the next day (or week, for that matter). Widening the search to October 1 to November 30 brought no hits for "Freeh" on ABC at all. The PBS NewsHour had no hits for "Freeh."

NBC aired a David Gregory report on Today on October 10, followed by a Katie Couric interview with Freeh on October 11 (blogged by Geoff Dickens.) Couric underlined his record on terrorism "came under blistering attack" by the 9/11 Commission, "a bipartisan group of very intelligent individuals." Freeh was on Meet the Press on October 20.

It remains to be seen if Stephanopoulos throws any hardball questions at Comey, but Wallace didn't shrink from questioning Freeh. Back then it wasn't condemned as atrociously authoritarian to raise questions about FBI competence. Wallace began with this:

When President Bill Clinton appointed Louis Freeh director of the FBI, he called Freeh a law enforcement legend. And Louis Freeh spent a controversial eight years as director before he left in June of 2001. But the 9/11 plot was hatched on his watch, and he's been criticized by the 9/11 Commission for not having his agents more focused on counterterrorism.

Later Wallace brought a string of challenges, including these: 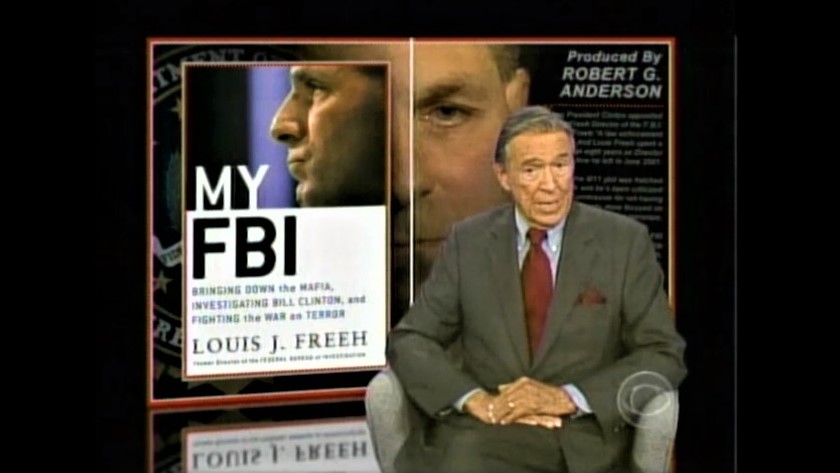 WALLACE: You mention the 9/11 Commission. They had some stinging criticism of the FBI. The 9/11 Commission said that even though you made counterterrorism the FBI's top priority back in 1998, you never shifted your manpower accordingly.

FREEH: Well, what they're referring to there is the fact that when Congress appropriates FBI resources, particularly FBI agents, Congress dictates where those people are assigned. In other words, 100 agents to health care, 100 agents to bank fraud. We don't get to make those allocations.

WALLACE: You couldn't assign your own people to the jobs that you felt were most important?

WALLACE: (Voiceover) But Freeh acknowledged he could have shifted more agents to counterterrorism if he'd just asked the Congress for permission. On 9/11, six percent of FBI personnel were working on counterterrorism. Twice as many agents were assigned to drug enforcement.