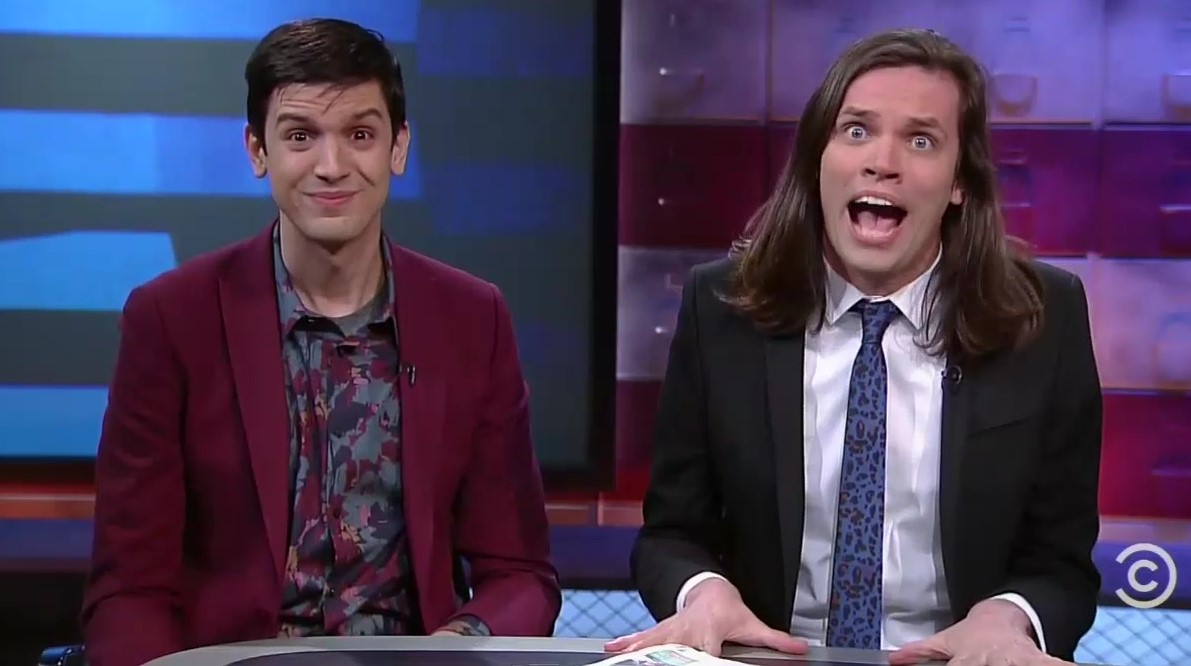 Comedy Central’s lame replacement for the Colbert Report, The Opposition with Jordan Klepper, is even worse than Colbert at disguising their liberal agitprop as hiding behind a mask of idiotic conservatism.

On Tuesday night, Klepper brought on his "comedian" cast mates Josh Sharp and Aaron Jackson, pitched on screen as “Authors of F**k the Poor: A Conservative Guide to Comedy.”

JACKSON: An ICE agent here to break up your family, you smelly, freeloading illegal!

SHARP:  Ha, ha! The joke is that the person's life is ruined!

They announced rules of conservative comedy, like "Choose a victim: the weaker the victim, the funnier the joke."

Sharp explained “empathy is for cucks,” since “There’s no reason to relate to anyone else's situation. Just like good conservative policy, good comedy comes from singling someone out for their differences and then punishing them for it.”

Then came the most important rule of conservative comedy: “Hollywood, please hire us!”

SHARP: Yeah, every conservative secretly longs to be in Hollywood. If you liberals had just given Trump half an Emmy, he never would have run for president!

JACKSON: And he's not the only one. Most conservative pundits tried and failed to make it in Hollywood. Like how Fox & Friends' Brian Kilmeade did stand-up for 11 years -- not to make it as a comedian but, rather, "To aid his memorization skills."

SHARP: Yeah, yeah! Good cover, Kilmeade. Or take Dana Loesch, who tried to get her own sitcom, failed, and now she's the NRA's gun-toting Dracu-less!

JACKSON: Come on, Hollywood, let us in!

JACKSON: Greg Gutfeld is a 53-year-old man who thinks he's a Little Rascal!

SHARP: And Jesse Watters looks like he went to Duke on an Axe body spray scholarship!

When these two were hired by Comedy Central, this was their ahem, resume: "Sharp and Jackson are New York-based comics whose stage musical, F***ing Identical Twins, was acquired by 20th Century Fox last year to adapt as a movie via Chernin Entertainment. Sharp also was co-writer and co-star of the IFC web series How Shit Works." Oh the vulgarities! Chuck Todd should hide his children from both of them.