On Wednesday, NPR's Fresh Air devoted more than 36 minutes to promoting transgender Democratic activist Sarah McBride and her new book Tomorrow Will Be Different [foreword by Joe Biden, cover blurbs by Sen. Kamala Harris and Cecile Richards]. She spoke at the 2016 Democrat convention. The talk turned harsh on the Republicans near the end: 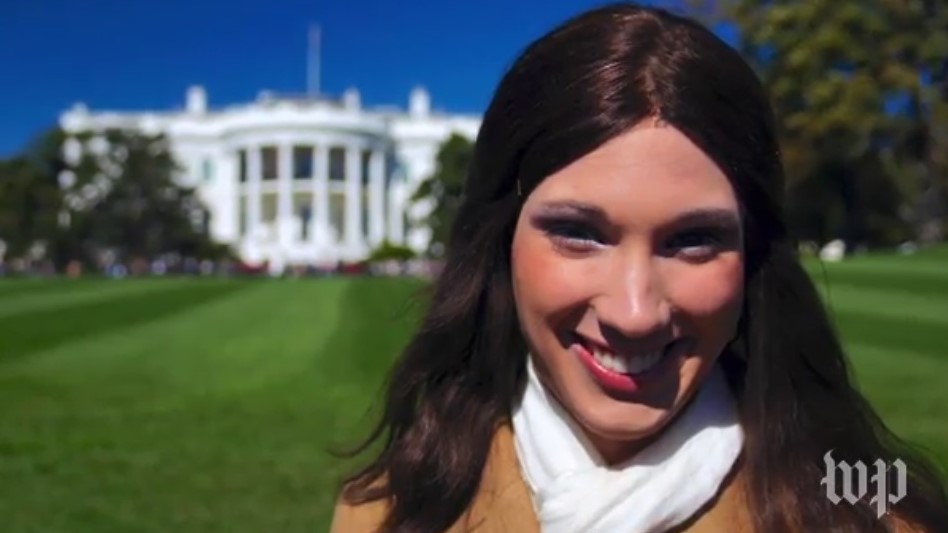 SARAH MCBRIDE: In many ways, we went from a presidency of progress to a presidency of prejudice. And the Obama administration over their eight years solved such incredible, transformational change on LGBTQ equality not just on the issue of marriage equality but in protections for LGBTQ people, for - in support for transgender equality. In so many different ways, we saw the ball moved forward for LGBTQ equality.

Since taking office, Donald Trump and Mike Pence have governed the exact same way they campaigned, which is with bigotry and with bluster, and that includes toward the LGBTQ community. Just a few months after taking office, this administration rescinded life-saving guidance promoting the protection of transgender students that the Obama administration had issued a year before. They've appointed anti-equality extremists to the federal bench and administration positions. They've sought to reinstate a ban on transgender people serving in the military, a ban that had been previously been lifted by the Obama administration. Recently the Department of Education announced that they would reject complaints by transgender students around discrimination in restrooms.

This has truly become in the last year the most explicitly anti-LGBTQ administration we've seen in history. And that's despite the fact that Donald Trump said that he would be a friend to the LGBTQ community. Well, that was clearly just words, and every single action since then has proven otherwise.

TERRY GROSS: Sarah McBride, thank you so much for talking with us.

Once again, the Left has a terrible grasp of history...unless the "explicitly" part comes from the fact that transgender activism has never been more extreme and aggressive.

PS: In the middle of the interview as Sarah discussed how she acted stupidly as an assigned-at-birth male, she was appalled at herself:

GROSS: I'm kind of really glad you said that. You know, that you don't want these chivalrous acts and (laughter) you want to be just treated equally. Yeah.

McBRIDE: Right. I mean, it's something I always talk with my mother about, of this sort of notion of benevolent sexism of, you know, if people think I can't open a door for myself, or if people think that I need to be sort of carried in everything I do then they might not be as willing to perceive me as willing to lead, or capable of leading or doing any of the jobs that I hope to do.