Michael Calderone at Politico is reporting on the new book by Fox News Mediabuzz host Howard Kurtz titled Media Madness: Donald Trump, the Press, and the War Over the Truth.

"I have always believed in the mission of aggressive reporting and holding politicians accountable," he writes, "But the past two years have radicalized me. I am increasingly troubled by how many of my colleagues have decided to abandon any semblance of fairness out of a conviction that they must save the country from Trump."

Kurtz characterizes the news media as underestimating candidate Trump throughout the long campaign, and asserts several times that he recognized the insurgent Republican’s electoral potential when other pundits dismissed him. “The truth is that I wasn’t pro-Trump at all, I was pro-reality,” he writes. “It turns out they were the ones who failed to recognize what was unfolding before their eyes,” Kurtz writes of the Old Media. “It was the most catastrophic media failure in a generation.” 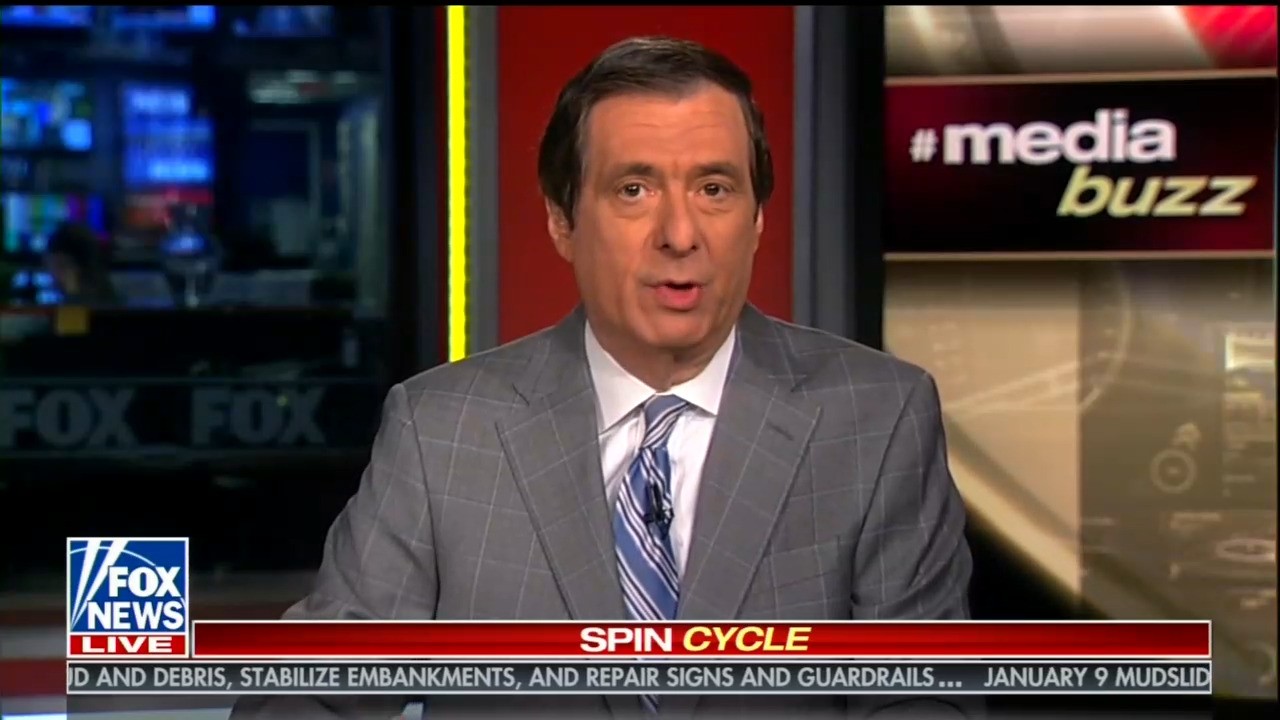 Donald Trump is staking his presidency, as he did his election, on nothing less than destroying the credibility of the news media; and the media are determined to do the same to him. This is not just a feud or a fight or a battle. It is scorched-earth warfare in which only one side can achieve victory. To a stunning degree, the press is falling into the president's trap. The country's top news organizations have targeted Trump with an unprecedented barrage of negative stories, with some no longer making much attempt to hide their contempt.

Some stories are legitimate, some are not, and others are generated by the president's own falsehoods and exaggerations. But the mainstream media, subconsciously at first, has lurched into the opposition camp and is appealing to an anti-Trump base of viewers and readers, failing to grasp how deeply it is distrusted by a wide swath of the country.

In the book, Kurtz writes that Trump complained to him that tweets from New York Times political reporter Jonathan Martin were “just horrible" and that Martin was viciously negative in interactions with Republicans:

Kurtz writes that Martin had a dispute with a Republican National Committee staffer weeks before the party’s July 2016 convention. Martin, by Kurtz’s account, told the RNC staffer that Trump is “a racist and a fascist” and that anyone supporting his candidacy was “culpable.” After a second episode, Kurtz claims that then-RNC communications director Sean Spicer reported Martin’s behavior to a top Times editor, prompting the reporter to fire back at Spicer in a subsequent call.

Martin fired back when Politico called:

“Howie paraphrased a vague, preposterous-sounding quote to me that I told him sounded ridiculous and not the kind of thing I'd say,” Martin told POLITICO. “He couldn't tell me who I purportedly said it to, but said he'd see what more he could tell me and get back to me. I never heard another word from him after that. And I still have no idea what he or Sean Spicer are talking about.”

How many times have anonymous sources said ridiculous things that Trump thinks are "fake news"? But the New York Times and The Washington Post think their anonymous digs at the president are what keeps "democracy out of darkness." A spokesman for Regnery, which published the book, said the publisher and author “absolutely stand by everything reported in the book.”

The Hollywood Reporter has posted offered an excerpt from Kurtz.