National Public Radio attacked conservatism again on Sunday night’s All Things Considered by promoting leftist author Elaine Tyler May and her new book Fortress America: How We Embraced Fear and Abandoned Democracy. May contends that conservatives have promoted un-factual fears like the communist threat and violent crime to gain power.

At the end of this five-and-a-half-minute interview/informercial with this University of Minnesota professor, they disclosed that May’s son Michael is on staff at NPR….but claimed the producer who booked her apparently wasn’t aware of that fact.

If there were any actual room at NPR to "consider all things," a conservative could suggest the Left promotes fears to gain power. In the 1960s and 1970s, the environmental movement promoted "fear" of overpopulation and a global ice age. During the Cold War, the anti-nuclear movement promoted fear of nuclear war to push unilateral disarmament. Gun-control activists push fear of the NRA and gun manufacturers. Most obviously, the Left pushed the fear that conservatives were all a badly disguised cabal of racists to scare minority voters into staying firmly in the Democrat camp.

Today, the "duck and cover" environmentalists scare people relentlessly with fears of catastrophic global warming. It's a little odd that violent crime is mocked as a threat that hasn't killed anyone, but how many people have died because the temperatures are warmer? 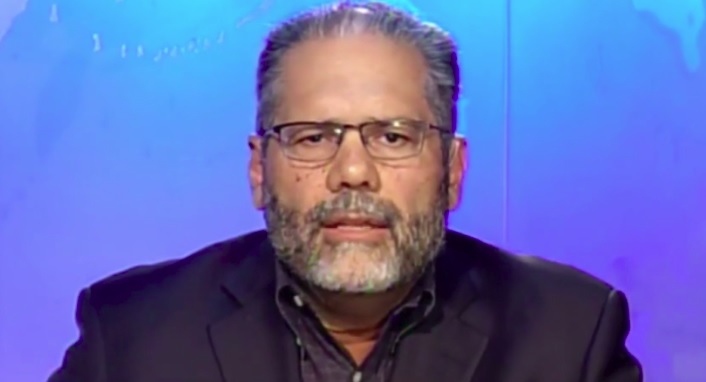 RAY SUAREZ: During the Cold War, the government and media gave Americans constant warning about threats of nuclear war and Communism.

UNIDENTIFIED MAN: So the Commies want you. They have a variety of approaches. Any one of them may sound reasonable, even commendable. Just don't ever agree to join any committee or support any cause until you know what their real objectives are.

SUAREZ: And it's during this period where historian Elaine Tyler May starts her new book, Fortress America: How We Embraced Fear And Abandoned Democracy. At the heart of the book, she examines if we've ever really been in the kind of danger our leaders have spent 50 years telling us we're in.

There are several almost-humorous notes in this interview: one, that the threat of global communism was never real, and two, that “the media” in America have been promoting conservative “fear” of communism and violent crime since the Sixties. Here is how May’s publisher promotes the book:

For the last sixty years, fear has seeped into every area of American life: Americans own more guns than citizens of any other country, sequester themselves in gated communities, and retreat from public spaces. And yet, crime rates have plummeted, making life in America safer than ever. Why, then, are Americans so afraid-and where does this fear lead to?

In this remarkable work of social history, Elaine Tyler May demonstrates how our obsession with security has made citizens fear each other and distrust the government, making America less safe and less democratic. Fortress America charts the rise of a muscular national culture, undercutting the common good. Instead of a thriving democracy of engaged citizens, we have become a paranoid, bunkered, militarized, and divided vigilante nation.

Leftists always suggest that when they lose elections, it's because we "abandoned democracy." A "thriving democracy of engaged citizens" is the lingo for when they win, and when they lose, America is a paranoid bunker of moronic vigilantes.

NPR then aired a second old audio snippet, of an old "duck and cover" song, a favorite liberal talking point:

SUAREZ: Were we also getting false reassurance that things were survivable? I was one of those kids climbing underneath the desk at P.S. 128 just maybe 10 miles away from Wall Street. That was never going to help me survive a nuclear attack on New York City.

MAY: Right, exactly. And people knew that. And reading through the civil defense guidelines at the time, it was obvious that those guidelines were ludicrous.

Then they turned to allegedly irrational fear of crime:

SUAREZ: In my years as a reporter, I've spoken to people in some of the safest neighborhoods in America who, when I asked them - what are the problems around here? - they tell me violent crime. Why are Americans so bad at gauging their own risk? Has this kind of anxiety been engineered into the way we think of our society?

MAY: Well, I don't actually think that Americans are so susceptible to messages coming from on high that they simply accept wholeheartedly the kinds of warnings that come to them in the media and from political leaders. On the other hand, as our leaders and our media have focused overwhelmingly on issues of danger to personal safety, it has had a tremendous impact to the point where even as those dangers statistically declined, fear of those dangers increased.

So in the 1960s and '70s, as you have more and more people of color and more and more women entering the public arena, there was a lot of reaction to that. There was a lot of backlash as well. And that backlash took the form of inciting fear that women were really at risk of being attacked if they went into the public arena. And women were warned over and over again that they should go home to be safe. They shouldn't be out at night. They shouldn't be on the streets alone.

And at the same time, there was a very, very loud and increasingly exaggerated attention to crime and particularly a focus on the notion that black men, particularly young black men, were dangerous. Now, what we know, statistically -- the individuals who were most likely to be victims of crime were black men. Those who are least likely to be victims of violent crime are white women. And yet the way that the media and a lot of political leaders framed it, it was just the opposite.

SUAREZ: Is that why 25 years into an era where violent crime was dropping like a rock and now reaching levels that the country hasn't seen in 60 years, a successful candidate for president was able to talk to the country about - instead of talking about how much safer we are, talking about “American carnage”?

MAY: Yes. And it has really affected our political life. It has affected our personal lives. And really, since the late 1960s, American politicians, American leaders have used the fear of crime to call for law-and-order kinds of policies, to encourage Americans to be afraid of their neighbors, of people they don't know. And that has really caused a lot of retreating from a sense of the common good. It's created distrust where we know that those fears are highly exaggerated and completely out of touch with the reality of the situation.

Suarez closed with the disclosure of family ties: “The book is Fortress America: How We Embraced Fear And Abandoned Democracy. And, Elaine, I should mention that your son is a colleague here at NPR, but you were already booked on the program before we even found that out. Great to talk to you again.”

PS: Suarez recently tweeted after Roy Moore's defeat: "I'll be interested to see if the Democratic Party, which was muttering about 'identity politics' after last November, show proper recognition to the black voters of Alabama, who made Doug Jones' night."