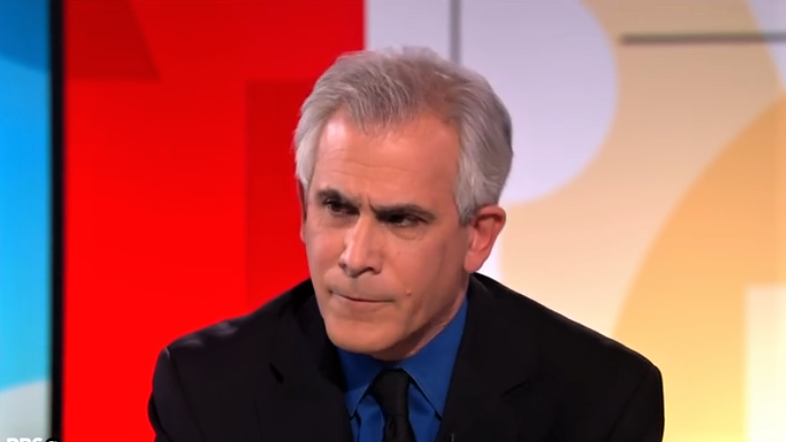 Mother Jones magazine’s editor and chief executive acknowledged on Thursday that they investigated Washington bureau chief David Corn for inappropriate workplace behavior three years ago, warning him about touching female staffers and insensitive descriptions of sexual violence, and would now probe the allegations further in light of two emails written by former staffers in 2014 and 2015 and obtained by POLITICO.

One of the emails, written in 2015 by a former staffer outlining concerns she had heard from other women in the Washington office, said Corn, now 58, made “rape jokes,” “regularly gave [several women] unwelcome shoulder rubs and engaged in uninvited touching of their legs, arms, backs, and waists,” and “made inappropriate comments about women’s sexuality and anatomy.” The other email, from 2014, was by a former female staffer who claimed that Corn “came up behind me and put his hands and arms around my body in a way that felt sexual and domineering.”

Conservatives, who are often accused of being insensitive to radical feminism, might wonder if Mother Jones workplaces are a perilous place for men to end up “triggering” radical women. On the other hand, shouldn’t Corn know that the risk for the appearance of hypocrisy is greater? That perhaps a general “no-touch-the-colleagues” approach would have been safest?

For their story, Politico spoke to a dozen staffers in the Mother Jones offices in both D.C. and San Francisco. Calderone made a point that Corn wasn’t accused of more serious offenses like Mark Halperin’s sexual moves at ABC or even the surprise tongue-kissing of NPR news VP Michael Oreskes. But dissatisfaction remained:

Some former staffers said they believed that a progressive magazine that closely covers sexual harassment and assault, and is led by women, should’ve responded more aggressively to women’s concerns. One former staffer recalled discussing Corn’s behavior in an exit interview with human resources staffers and believed she wasn’t the first because they appeared unsurprised. Concerns about the Washington workplace culture persisted for at least nine months, according to interviews and documentation obtained by POLITICO.

This was Corn’s statement in response:

“I am an exuberant person and have been known to pat male and female colleagues on the shoulder or slap them on the back, but always in a collegial or celebratory way,” he said. “I have never touched any work colleague in a sexual manner. Once concerns were raised about this type of contact, I have been mindful to avoid it to prevent any misperception. If anyone ever perceived any of this as ‘sexual’ or ‘domineering,’ I am sorry—that was never my intent.”

“Sexual violence is not funny, and I have never joked about it, or about women’s sexuality and anatomy,” Corn wrote.

But Corn also seemed to conflate Bill Cosby with former Rep. Todd Akin, who drove liberal-media outrage in 2012 by strangely claiming women couldn’t be impregnated by a rapist. Akin didn't commit any sexual offense, but it's implied here:

At a time when rape—and the actions of politicians and celebrities such as Todd Akin and Bill Cosby—was much in the news, I made comments and asked questions about the terrible behavior of the perpetrators, and I said that stories about these issues were of great interest to our readers. I was later told that the way in which I made these comments was seen as insensitive by some, and I’m sorry I didn’t realize that in the moment.