Media Dramatically Downplay Senator Flake Was Getting Crushed, and Had to Drop Out 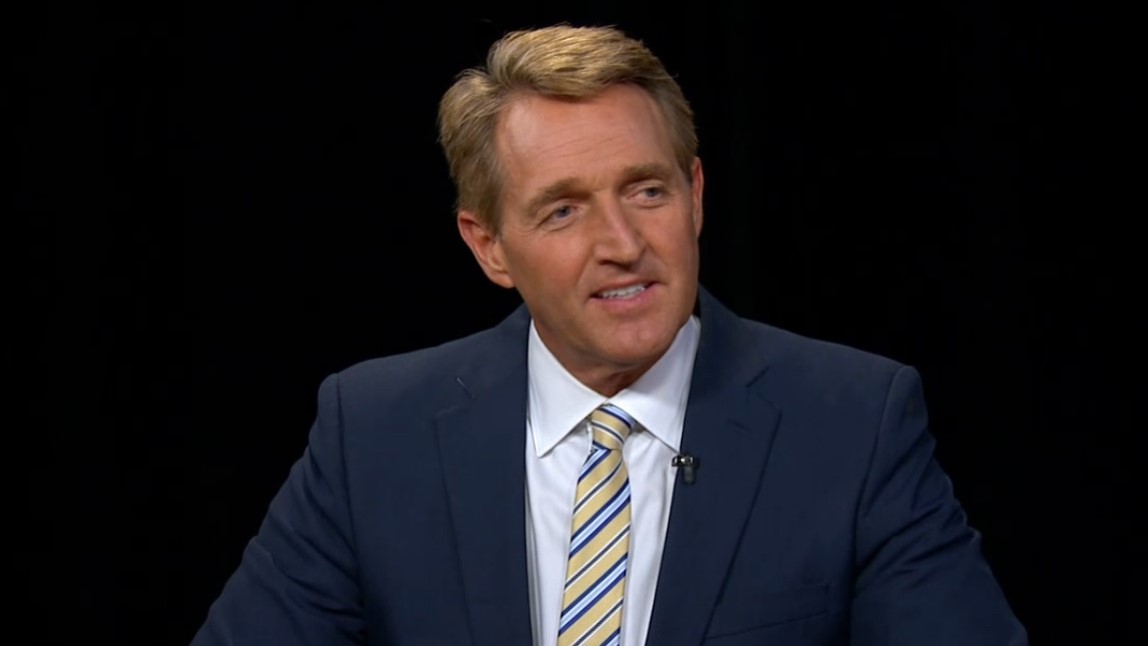 Sen. Jeff Flake’s floor speech on Tuesday was greeted like a heroic and historic moment. Flake was giving the liberal media elite what it wants: a revolt against Trump, followed by Democratic Party gains and a Trump impeachment, in no particular order.

The media elite didn’t want to drain the “thunderclap” of this moment for political reality: Flake had to drop out. He was going to get crushed in a primary. Nobody played that as the lead story. Everyone chose Flake’s spin, that awful Trump forced him to do this. The Hill recently reported a poll showing Flake losing the primary by 27 points, 58-31. His disapproval rating in Arizona was 56 percent.

Conservatives are tired of electing Republicans to make change, and then these Republicans voting for More of the Same. There is a real revolt against the GOP establishment taking place. The Swamp is spinning this madly as 100 percent idealistic, and zero percent realistic.

The New York Times put its front-page top-right headline in all capitals: "IN BITING SPEECH, FLAKE DENOUNCES 'RECKLESS' TRUMP." But the story didn't mention until paragraph 18 that "Mr. Flake's private polling had steadily become worse this year as he intensified his criticism of Mr. Trump." Near the story's end, they noted conservatives had targeted Flake. But the overwhelming storyline was captured below, where the Times ran a long transcript of the Flake speech under the headline 'And So, Mr. President, I Will Not Be Complicit or Silent.'"

The Wall Street Journal also waited until paragraph 28 (the penultimate paragraph) to gently declare "Mr. Flake was considered one of the most vulnerable Senate Republicans up for re-election in 2018."

The newspapers and networks failed to explain it from the conservative perspective: that this man, elected six years ago by the Tea Party movement, had utterly betrayed it, and was going to be run out of town on a rail. Take, for example our leader Brent Bozell, who recently tweeted: 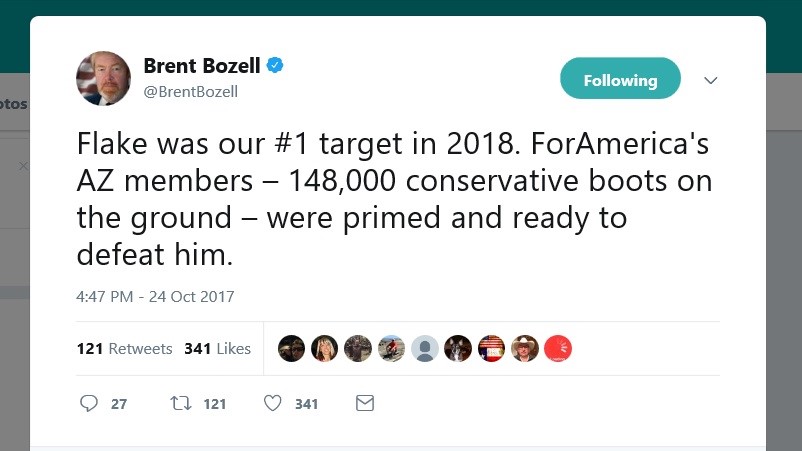 MRC senior news analyst Kyle Drennen reports that ABC, CBS, and NBC aired 36 minutes and 59 seconds of Jeff Flake coverage on Wednesday morning, and just two minutes and 46 seconds discussed Flake's "tough bid for re-election." Most of that -- a minute and 58 seconds -- came on CBS, which had the most coverage with 13 minutes and 53 seconds.

NBC aired 13 minutes and 37 seconds, but only 25 seconds dealt with Flake's sinking poll numbers. ABC aired 9 minutes and 29 seconds of coverage, and gave only 23 seconds to the bad news like noting Trump tweeted he had "zero chance" of being re-elected.