On Monday night's PBS NewsHour, anchor Judy Woodruff and her "Politics Monday" panelists were still obsessing over how President Trump responded to the widow of LaDavid Johnson, who was killed in Niger. Woodruff and her guests suggested to the audience that this controversy with a grieving relative was completely unprecedented, that no politician would ever suggest a grieving relative was not telling the truth.

Liberals have been eager to compare the four lost soldiers in Niger to the four Americans killed in the ambush on the U.S. consulate in Benghazi on September 11, 2012. But after the Benghazi attack, Hillary Clinton lied by suggesting the terrorist attack was somehow a spontaneous protest inspired by an Islamophobic YouTube video. In a March 2016 presidential debate, Mrs. Clinton explicitly said Patricia Smith, the mother of Sean Smith, was lying. “I can’t imagine the grief she has about losing her son,” Clinton said. “But she’s wrong. She’s absolutely wrong!”

Here's how the NewsHour ignored the precedent: 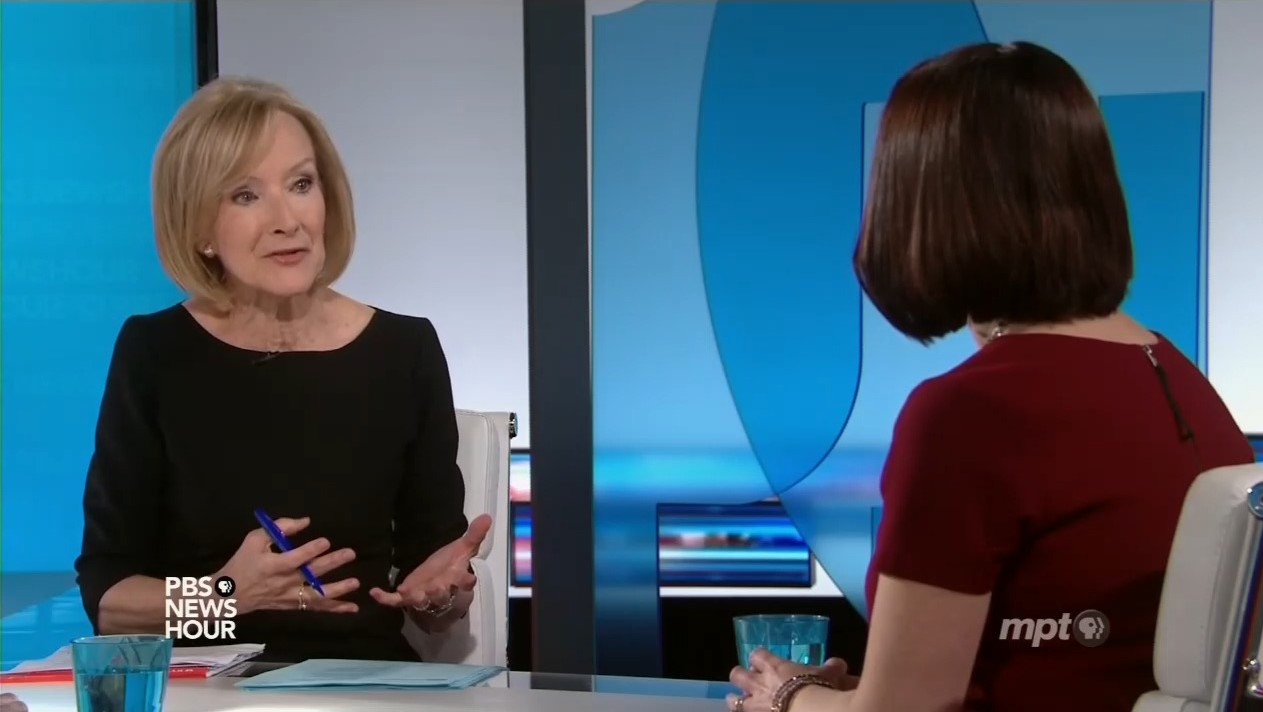 JUDY WOODRUFF: She [Johnson's widow] today said that she thought the president bungled her husband’s name. He then tweeted that he didn’t. This is not like anything we have seen before, is it?

TAMARA KEITH, NPR REPORTER: No, certainly not that I have seen before. I mean, this is — this is not how would you expect a president to handle a situation like this. The way you would expect it, I mean, it never would have gotten this far. But if it did get this far, you would, in theory, expect a president to say, my gosh, I’m mortified that the widow feels this way, and I feel terrible about it, I’m sorry that it was misunderstood, and then go on to praise the service of La David Johnson. That is not what has happened thus far.

AMY WALTER, PBS ANALYST: Yes, there was a time, Judy, when, politically speaking, you would never politicize the death of a service member, and the idea of having a back and forth where you are questioning a Gold Star family about the way that they saw this issue would never have been acceptable.

It’s a little bit like the customer’s always right. Right? The grieving family is always right in this case. And that has got thrown out the window, the normal rules and the normal boundaries that we put on what candidates can and can’t do, when during the course of the campaign President Trump got into a very personal fight with Khizr Khan, who, of course, was a Gold Star father, and his family. And once we cross that bridge, there is just no coming back from that. And this is the president’s style. It has been consistent.

It's an odd argument to put together Khizr Khan's political spectacle at the Democratic convention and then said "you would never politicize the death of a service member." We found the Big Three network morning and evening news shows gave more than 85 minutes of publicity to the Khans and less than two minutes to Smith around the conventions.

With Pat Smith at the Republican convention, a Trump-style attack came from MSNBC’s Chris Matthews, who lashed out at the grieving mother for a “gross accusation...it’s wrong to have someone get up there and tell a lie about Hillary Clinton.” If Trump was beyond the pale, then why wasn't Matthews?

In joint PBS/NPR Republican convention coverage, they also suggested this Hillary-hatred was unprecedented in its intensity:

GWEN IFILL: Mara Liasson, why is it that this Benghazi episode gets so much attention? Why does it resonate, as it is tonight with the crowd?

MARA LIASSON: This is something that really for a lot of Republicans, and Hillary Clinton opponents, kind of  crystallizes the worst thing about her, that she caused the deaths of these, of these soldiers and other personnel. I don't know if Mark remembers a time when so much intense animus has been directed at the opposing candidate. This strikes me as being pretty intense.

MARK SHIELDS: No it is, I don’t know, going back. It’s a good question.

Woodruff was "rude" enough to rebut Patricia Smith, that six congressional probes allegedly never pointed a finger at Hillary Clinton for the lack of security in Benghazi.

John Kerry's protests and "Genghis Khan" testimony in the Vietnam era was certainly politicizing the deaths of service members, and his 2004 campaign was centered around politicizing the lives Kerry allegedly saved in Vietnam, complete with his own home movies. Kerry and the liberal media also made celebrities out of the 9/11 widows calling themselves the "Jersey Girls."

Anyone and everyone should be able to recall Cindy Sheehan railing against President Bush, and how the media played that up....until Sheehan started attacking Democrats when Bush left office. Chris Matthews told her she should run for Congress...until she did, against Nancy Pelosi.

It's true that Trump has been completely unafraid to challenge/attack widows and veterans like John McCain whenever he feels someone has insulted him. (The liberal media are used to George W. Bush, who let Sheehan attack him like he deserved every abusive remark.) But the general idea that politicizing those lost in war or terrorist attacks is unprecedented is transparently false.