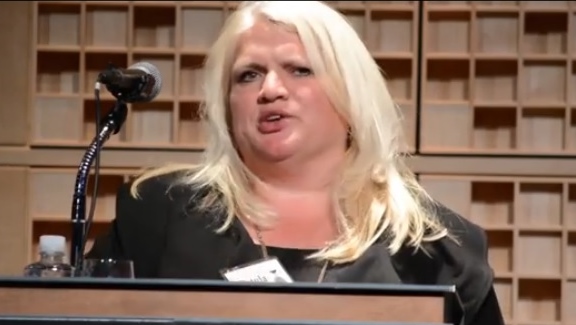 Washington Post Metro columnist Petula Dvorak lamented on Friday about “An abortion provider’s agonizing decision to quit.” Todd Stave agreed last month to sell his property to the Maryland Coalition for Life, “the antiabortion group that opened a crisis pregnancy center across the parking lot and staged frequent protests outside his door.”

That’s a victory for pro-lifers...no more late-term abortions in Maryland, at least for now. But somehow, Dvorak can’t stomach that:

“They’re going to claim victory,” said Stave in his first interview about the decision to sell the clinic for an undisclosed amount.

Yes, Stave is relieved that his family will be free after decades of harassment, but the decision was also driven by the declining demand for abortion and the soaring cost of security.

This is not the first time Dvorak has promoted Stave and his crusade. In 2012, she championed his decision to counter-harass pro-life protesters. But in both that column and this one, she forwarded a Stave claim that seems to lack evidence. Is she spreading fake news like a Russian Facebook manipulator? She began on Friday:

Todd Stave has been part of the nation’s heated and sometimes violent abortion debate since he was 5 years old.

Growing up, he lived with the haters who crank-called and relentlessly protested his childhood home and who firebombed his father’s Maryland abortion clinic in 1982. And when he inherited it as an adult, he endured the calls to his house at all hours of the night, the graphic fliers dropped throughout his neighborhood, the protesters who showed up at his kid’s middle school with graphic posters of bloody fetuses.

Likewise, the National Abortion Federation’s database of anti-abortion violence at ProChoice.org also contains no record of a Maryland clinic firebombing in 1982.  I emailed Dvorak to ask for any evidence she had to back up this claim. I’ll update if or when I get a response.

Five years ago, Dvorak honored Stave for inventing a simple tactic: If you call his home to harass him (or simply try to dissuade him from making late-term abortions possible), you could receive 5,000 counter-harassing phone calls in return. This is "pretty dang clever," she claimed, under the headline “Turnabout Is Fair Play.”

Faced with this pro-life victory in 2017, Dvorak could only sputter than “moral shaming” wasn’t winning, it’s just that unintended pregnancies are down:

When [the Alan] Guttmacher [Institute] reported earlier this year that abortions had fallen by more than half nationwide, conservatives patted themselves on the back for the restrictive state laws they passed that target things like door width and parking space to try and shut clinics down through code violations. They cheered the legislation that forced women to look at ultrasounds before getting abortions. They believed that their relentless harassment of women going to clinics and campaigns like the fake, felonious videos they made about Planned Parenthood worked.

The unintended pregnancy rate, along with the abortion rate, has dropped too.

Teen pregnancies are at a record low, according to the Centers for Disease Control and Prevention. And sex education in our schools — often opposed by the very same people who oppose abortion — is working.

Education, access to reliable birth control and the availability of the so-called “morning after pill” — not moral shaming — are the keys to the falling abortion rate.

And how exactly does Dvorak marshal the evidence that “moral shaming” and ultrasound videos and the allegedly “fake, felonious” exposes of Planned Parenthood trafficking in baby body parts don’t play a role? Falling abortion rates are a victory for abortion opponents, regardless of the cause.