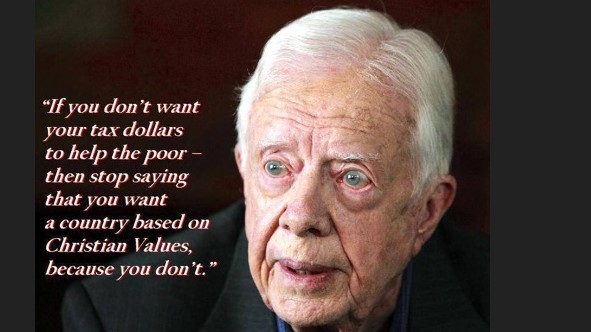 The front page of the Saturday Metro section of The Washington Post offered breaking news on Christian attitudes. “Christians are far more likely than non-Christians to blame poverty on a lack of effort, a poll found.”

This poll from the Post and the liberal Kaiser Family Foundation is three months old, taken from April 13 to May 1. This is not just a poll question; it’s begging for overgeneralization, with “the poor are mostly lazy” being judged by liberals as akin to “Muslims are mostly terrorists” or “Catholic priests are mostly child abusers.” As a citizen, I’d refuse to answer that on the grounds that it’s used to cast aspersions – conservative voters live in a world of ugly, unproven stereotypes.

It also implies that most Christians are largely bad Christians if they don't favor a government-organized redistribution of wealth. Liberals, including liberal journalists, often suggest private donations to the poor somehow don't imply Christian values half as much as supporting government action toward the poor.

Post religion reporter Julie Zauzmer underlined how the Post used it to imply the Christians are much less compassionate than the non-Christians:

The Post conducted a statistical analysis known as logistic regression to examine how closely different personal attributes are connected with whether respondents said a “lack of effort” is the main reason people are poor, and quantify the impact of each demographic attribute when other factors are held constant.

For instance, comparing men and women, the regression found the odds of a man saying people are poor due to a lack of effort are 1.9 times that of a woman, or about twice as likely.

Zauzmer explored the question with theologians and historians, and concluded the story with Albert Mohler insisting that “we all know what to do when a hungry person is before us.” But overall, it left the impression that conservative Christians are a pile of jerks.

“There’s a strong Christian impulse to understand poverty as deeply rooted in morality — often, as the Bible makes clear, in unwillingness to work, in bad financial decisions or in broken family structures,” said Albert Mohler, president of Southern Baptist Theological Seminary. “The Christian worldview is saying that all poverty is due to sin, though that doesn’t necessarily mean the sin of the person in poverty. In the Garden of Eden, there would have been no poverty. In a fallen world, there is poverty.”

The Post reporter noted the differences were sharp politically: among Democrats 72 percent blamed uncontrollable circumstances, and just 26 percent suggested individual responsibility; for Republicans, 63 percent picked “lack of effort” and 32 percent blamed the circumstances, and she noted black Christians were much like the Democrats, blaming society over the individual 64 to 32 percent.

What Zauzmer didn’t report about the poll was the next question listed in the results was only directed at rural residents, asking if "government programs aimed at improving people's standard of living generally make things" better, or worse, or had no impact. They found that 32 percent picked "better," 33 percent "worse," and 31 percent "no impact."